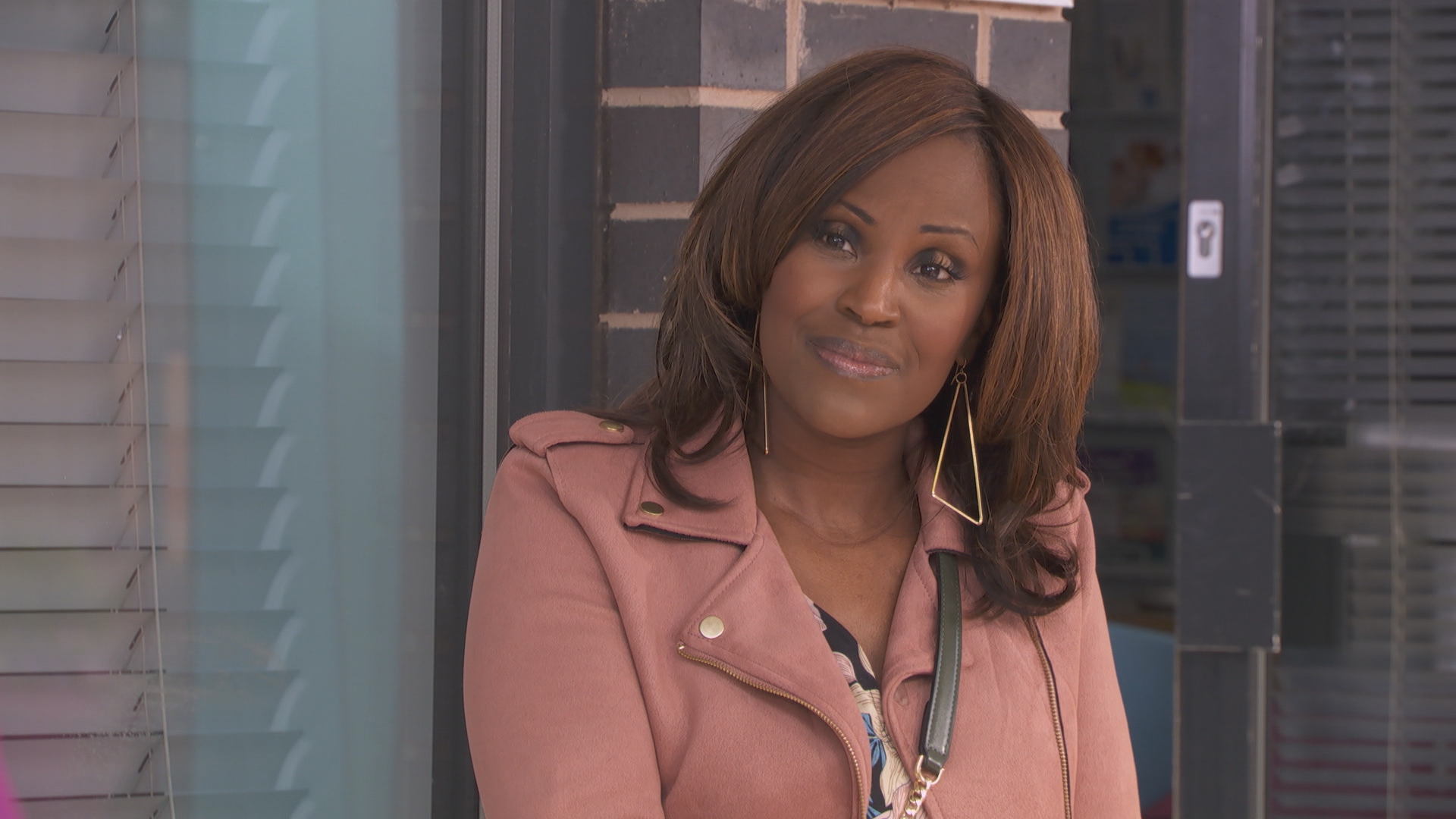 Hollyoaks’ Martine Deveraux (Kelle Bryan) was left fearing that she had cancer, after finding a lump in her chest.

The stalwart of the Channel 4 soap was initially turned away from the hospital by Peri Lomax (Ruby O’Donnell) when she headed to her appointment.

Peri, having realised what she’d done wrong, sought Martine out and apologised for her behaviour, before encouraging her to return to the hospital to get her lump checked out.

Martine did just that, but was later informed that the lump was ‘suspicious’, and therefore a biopsy would be needed.

Horrified at such news, she reminded Peri of how she had previously said that a biopsy would only be needed if there was a chance she had cancer.

Peri headed off to get Misbah Maalik (Harvey Virdi) to explain the situation, and Martine broke down in tears.

Next week, Martine is preparing to receive her biopsy results – on the same day the winner of Dee Valley Business Woman of the Year is revealed.

Martine is livid with Grace Black (Tamara Wall), who breaks her trust and tells Felix Westwood (Richard Blackwood) that she’s getting her biopsy results on this very day.

Grace tells her that she can accept help, and decides to tag along with Martine as she heads to hospital – determined to support her.

Whether she wants it or not!

Does Martine have cancer?