HOLLY Willoughby squealed in fear today as Britain’s smartest dog lunged towards her during a segment on This Morning.

The presenter, 40, was gobsmacked by the pooch’s impressive skills but wasn’t too keen on him when he came up close. 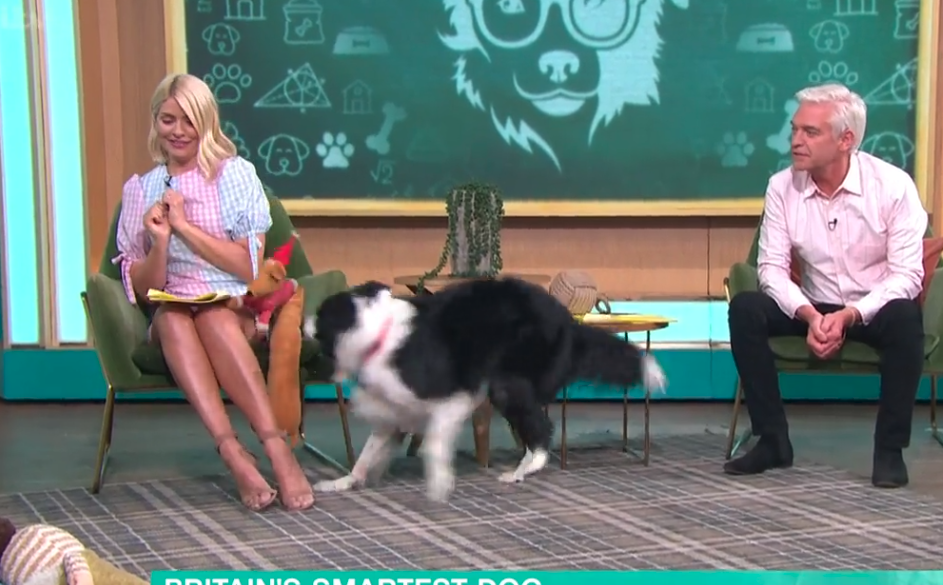 Bear was showing off his ability to pick up any toy his owner named and decided to go to Holly to get her to play.

She instantly moved away, squealing: “Oh I’m not sure, I’m scared.”

As her co-star Phillip Schofield looked bemused by her fear, she explained:  “It’s like Wilson from Friday Night Dinner. 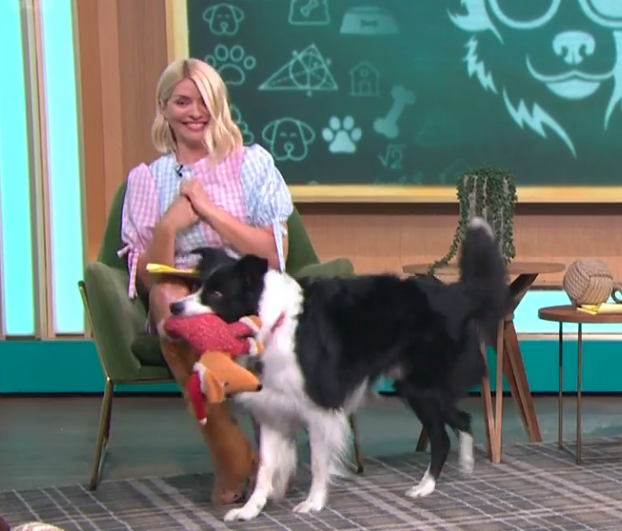 “I don’t know why, it’s just the growling thing, thinking he might bite my face.”

Wilson is the dog of neighbour Jim in the hit TV series and is very friendly, but Jim is scared of him. 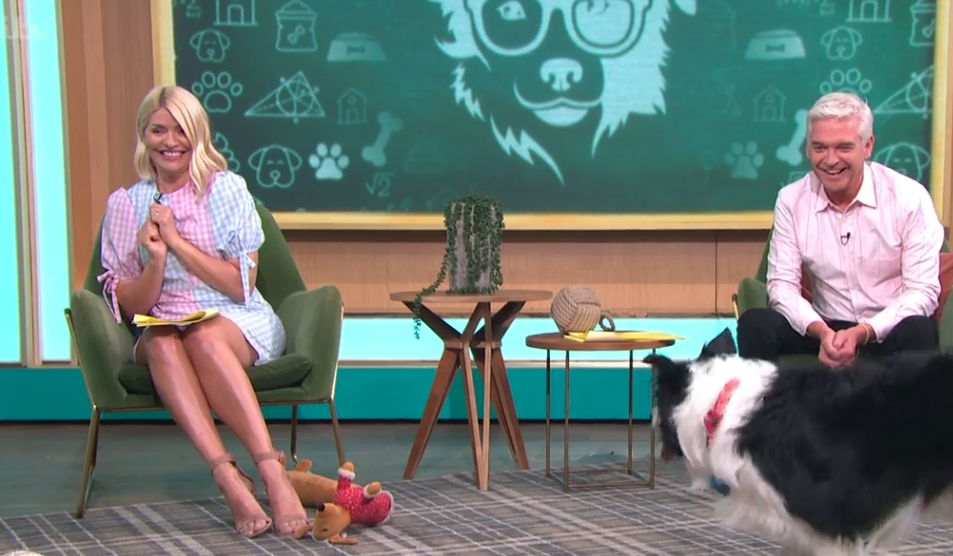 Bear, who is six-year-old Border Collie, can correctly identify up to 80 toys and get them on request.

He can also fetch you a beer from the fridge, which left Phillip in complete awe.

Those watching at home were also very impressed with his skills and took to Twitter to comment on it.

One person wrote: “Oh wow! That dog on #ThisMorning is amazing! So, so clever!”

A second added: “The dog that can get a beer out of the fridge omg he's so clever #ThisMorning.”

While a third commented:  “That dog is so clever. He looks so perplexed.”