Mini-golf reality competition Holey Moley returned with a two-hour premiere that drove ABC to a ratings win on Thursday night.

Hosted by Rob Riggle and Joe Tessitore, Holey Moley’s sophomore season opened to a 0.5 rating in the 18-49 demographic and 3.05 million viewers, per Nielsen Live+Same Day fast affiliates. Ratings for the series remained steady with a new follow-up episode, but dropped slightly from the previous hour (0.5, 2.57M).

Thursday also saw the season 2 premiere for The Hustler on ABC (0.3, 2.00M). Host Craig Ferguson returned to welcome contestants with mysterious trivia questions. Thursday’s premiere was down two tenths in ratings from its initial debut in 2020 (0.5, 1.99M), but viewership remained nearly the same.

CBS’s Young Sheldon was the most-watched program Thursday night, raking in 3.69M viewers and a 0.4 rating. CBS’s Thursday consisted of a number of reruns, but also saw new episodes for United States of Al (0.4, 3.85M) and Clarice (0.3, 2.19M), with the latter’s fate still yet to be determined by network. 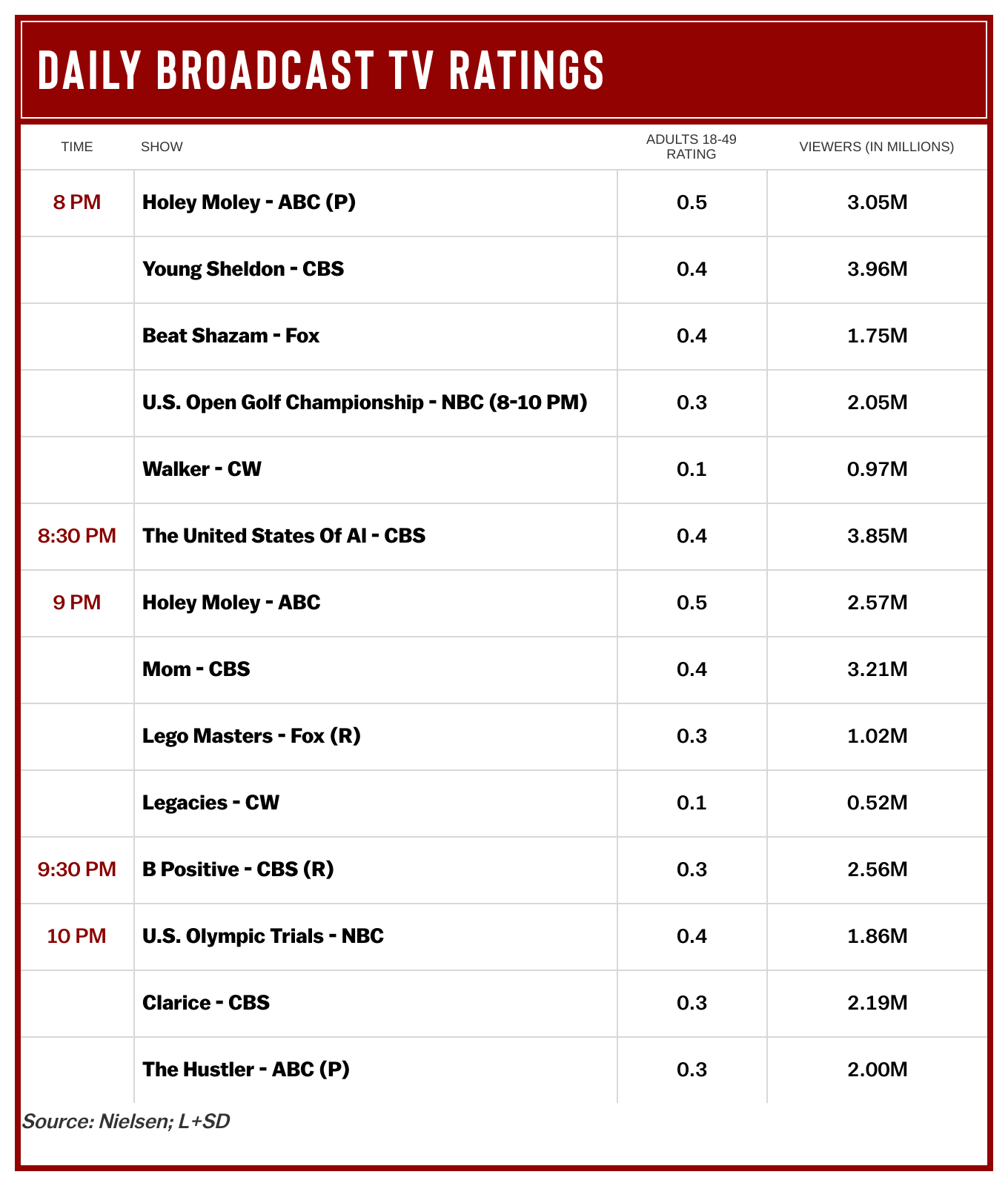