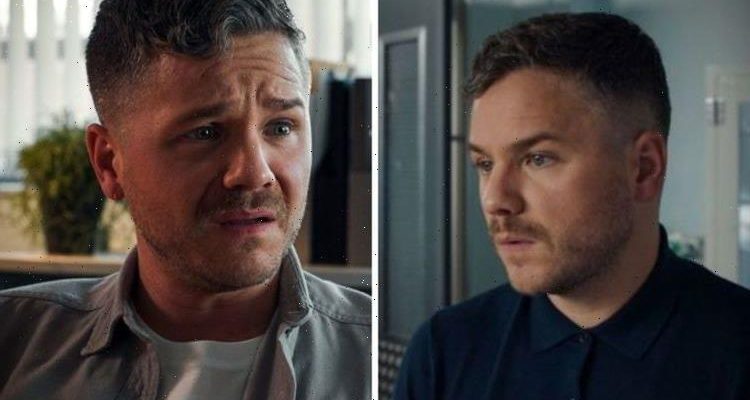 David, 38, has played the role of manipulative doctor, Dominic, since 2013. Speaking exclusively to Express.co.uk, he talked about his final scenes on Holby City and how the cast had formed a close bond with each other on the unique BBC show. Reflecting on the end of “an important part” of his life, the actor revealed how it felt to film the final episodes.

The hit drama will sadly draw to a close after establishing itself as a BBC staple since 1999.

Last year, producers confirmed the series would be coming to an end in March 2022.

Looking back on his time on the show, David told Express.co.uk: “It’s been such an amazing ride.

“It’s been wonderful. I had a small amount of sort of TV under my belt when I first started the show, and I feel like I’ve kind of really sharpened my teeth on this show.

“And it’s such an important part of my life.

“You know, I’ve got to work with incredible co-stars on the show.

“And not only that, we get amazing patients coming in and that’s the joy of a medical show – you’ve constantly got a refresher in the cast, having a new patient as a guest, unlike some shows where it’s the same people quite regularly.

“So it’s been an incredible show to work on and to learn from, learning from just doing it, but also learning from all the people that you’re surrounded with, which has been just amazing.

“[They are] incredible, talented, lovely people.

“We are incredibly close-knit, and it’s been the same as it’s gone on, there are members of the cast that we will spend all day with each other and there will still be like, ‘Let’s go for drinks or go and have dinner’.

“I’ve been told from guests and other people who come into the show that it’s unlike most other shows, and there is an amazing camaraderie.

“We just like being around each other. So that’s really lovely.”

Recalling the moment the cast found out about the axe, David explained: “It was one of these things had to kind of filter down through the appropriate channels and we all got told sort of en masse.

“And yeah, it was a shock for us all. But it’s an amazing show.

“It’s been running for 23 years and that’s pretty incredible in its in itself so we were all just happy that we got to have an appropriate send-off.”

The actor added: “And we got at least six months left of the show from when we were told.

“It was just nice that we knew that we could sort of round all our characters off and our stories and, you know, give it the appropriate send-off that it deserves.”

The show’s final scenes have now been filmed and will air later this year.

Holby City is available to watch on BBC iPlayer.