“I will immediately resign my 65-year membership and ask the Association’s lenders to remove my name on every single HFPA insignia,” says 90-year-old Judy Solomon

Members of the Hollywood Foreign Press Association are threatening to sue the group over proposed rules that would strip them of voting rights on the Golden Globe Awards after 20 years of membership, calling it “age discrimination,” TheWrap has learned.

In an email obtained by TheWrap, longtime member Judy Solomon, who is 90, expressed outrage over the proposal that would restrict members who have been with the organization for over 20 years from voting and from travel paid by the group.

Solomon, a member for 65 years, and member Yenny Nun, said they will “launch a class action lawsuit for age discrimination,” if the proposition stays, Solomon’s email to her fellow members said. “My decision is based on the HFPA committing an act of age discrimination and a grave insult to my professional achievement.”

In a statement to TheWrap, a spokesperson for the HFPA said: “As with any changes this significant, there is bound to be debate, dissent and disagreement. Our members have always been free to express their opinions. However, the Association has never contemplated litigation. Instead, we seek to work with our stakeholders and partners to find amicable solutions to preserve and expand our home for international journalists to cover the Hollywood community.” 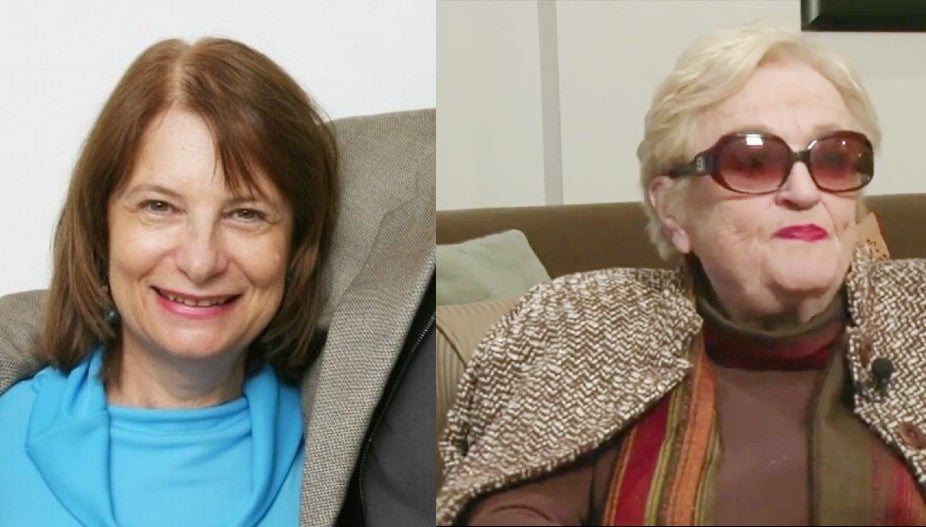 Law firm Ropes & Gray, which was hired by the HFPA to help reform the group following months of turmoil, suggested the new rule. But voting on the Globes is perhaps the most prestigious privilege of being an HFPA member. Many members of the HFPA are in their 80s and some are in their 90s. Membership is for life, as long as members maintain certain minimal criteria of being working journalists.

“If the paragraph on Emeritus members, proposed by R&G stays as it was presented yesterday, for the second reading at the GMM on July 15, I will immediately resign my 65-year membership and ask the Association’s lenders to remove my name on every single HFPA insignia,” Solomon continued, responding to an email sent by HFPA General Counsel Gregory Goeckner on July 7.

On Thursday, HFPA members attended a second reading of the propositions, where Ropes & Gray again proposed to restrict older members from voting and travel, and further suggested that all travel expenses incurred by members for travel to press events or film festivals are now the responsibility of the member. To attend HFPA-sponsored events, members now have to execute a request to attend before any travel arrangements are made. Additionally, members are not allowed to travel to HFPA-sponsored film festivals after Nov. 1 until after they have submitted their nomination ballots for the Globes.

In a statement to TheWrap, Ropes & Gray said, “Ropes & Gray was hired by HFPA to make recommendations for transformational change, including best practices for governance, and we have now completed our work. During our five-month engagement, our team proposed important reforms. We thank the Hollywood Foreign Press Association for having worked with us. We wish the organization well in its continued efforts.”

Shortly before the publication of this article, the HFPA sent out a statement from the board that banned members from accepting gifts and other promotional items from studios, networks and talent. Accusations that members were being swayed by trips to Europe or other gifts have long been a contention against the HFPA.

The HFPA’s current bylaws state that for any amendment of the bylaws, a first and second reading needs to take place before members can vote on the propositions. Additionally, for an amendment to pass, two-thirds of the membership would have to approve it. Ballots for final voting will be sent out soon, by July 20, and members will have 10 days to vote and send back ballots. The final vote will be tallied and results will be delivered by approximately Aug. 3. However, two insiders said they don’t believe the reform will pass, given that a lot of members are not happy with the proposition.

Emeritus member status is not based on age, one insider said; it’s based on whether you’ve been a member for 20+ years. So, if you joined the HFPA when you were 20 years old and have been a member for 20 years, the new proposed bylaw by Ropes & Gray would no longer allow a member to travel and vote at the age of 40. The insider believes that this new bylaw would affect at least 70% of its current membership.