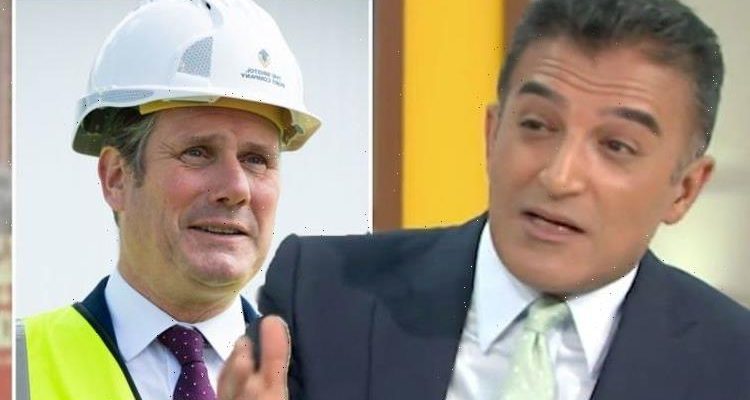 GMB: Adil Ray says Starmer ‘is not coming up to scratch’

On the first Good Morning Britain of the week, Adil Ray and Charlotte Hawkins were joined by regular guests Andrew Pierce and Kevin Maguire to discuss the latest headlines. And following his explosive claims last week, the fallout of Dominic Cummings’ seven-hour questioning with parliamentary committees continued to dominate the conversation, especially as it appears to have resulted in a slump in popularity for Prime Minister Boris Johnson in the latest polls. However, the GMB panel were quick to point out Mr Johnson still remains ahead of Labour leader Sir Keir Starmer – and didn’t hold back with their critique as to why.

Cummings pulled no punches after facing a number of questions last week into the ins and outs of the government’s handling of the coronavirus pandemic.

Many of the former senior advisor’s claims took aim at Mr Johnson being “unfit” for the role of PM, as well as claiming Health Secretary Matt Hancock should’ve been “fired” for his actions during the pandemic.

So delving into the impact on Mr Johnson’s popularity Cummings’ comments have had, GMB guest Maguire kicked off the debate as he brought up how Mr Starmer’s dwindling popularity continued to remain below according to voters.

“Labour had fallen a long way,” Maguire began. “And before Christmas, before the vaccine came along, Keir Starmer was doing very well.” 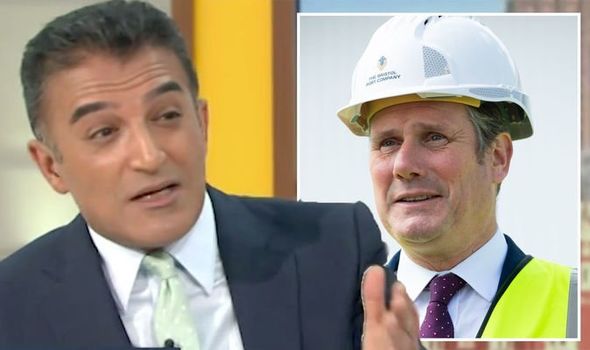 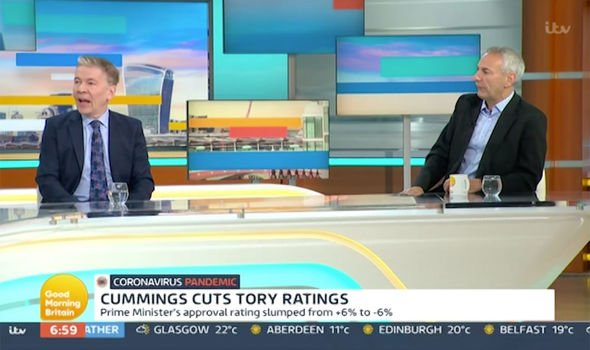 He continued: “The polls were showing he was rated as a better prime minister than Boris Johnson but it’s gone since then and he’s made some big mistakes.”

Maguire’s fellow GMB guest Pierce interjected, however, branding Mr Starmer as “boring” and implying that’s why he remained unpopular in the polls.

“He’s boring, he’s got no charisma,” Pierce added, prompting Hawkins to jump to defend the Labour leader: “You can’t hold that against him though, can you?”

At this point, Ray jumped into the debate to agree with Pierce’s stance, taking aim at Mr Starmer for his lack of “personality”. 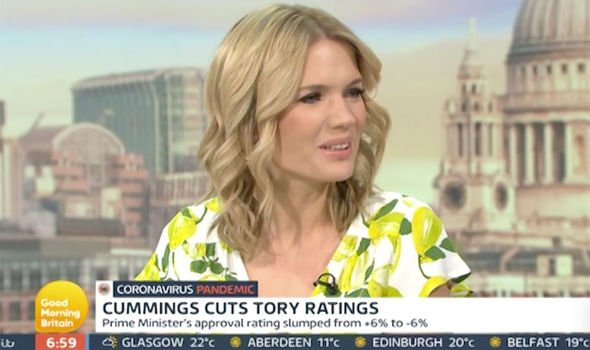 He told his GMB co-stars: “I think Andrew has got a really good point.

“Politics have changed,” Ray said before Hawkins interjected: “It’s about connecting with people and having that personality.

Ray continued: “The days of, you know, your grey John Majors have gone.

Finishing off his scathing criticism of the Labour leader, Ray added: “Starmer’s not coming up to scratch.”

“People like him, he’s a character – and Keir Starmer is boring.”

It wasn’t just Mr Starmer who found themselves on the receiving end of criticism from GMB host Ray.

Earlier in the programme, Ray teased co-host Hawkins over her accent.

The pair clashed after Ray joked about Hawkins spending the bank holiday weekend with her friends “Lady Chatterley” and “Lady Frovoir”.

But Hawkins hit back at Ray for his jokes, scolding him for “judging” her by her “accent”.