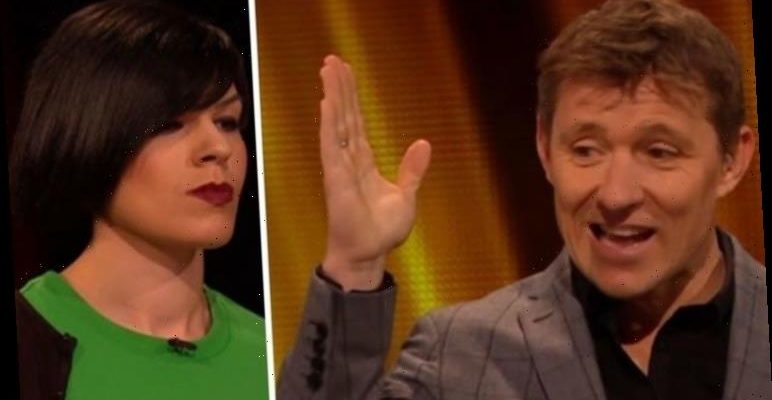 During Wednesday’s episode of Tipping Point, host Ben Shephard greeted four new contestants to the ITV quiz show, who were hoping to win as much money as possible. Contestants Chris, Sarah, Mike and Leanne battled it out against each other throughout each round, but it was Leanne who made it to the final. But after risking the money she had won so far, all hope appeared lost in securing the jackpot – until the very last counter.

Mike was eliminated in the first round after failing to win any money, with Leanne storming in the lead.

Chris was knocked out in the second round, with Sarah missing out in round three.

Leanne, who appeared to be the clear winner all along, made it through to the final and it was a very tense moment in the end.

Leanne got off to a good start as she managed to answer the quick-fire questions correctly. 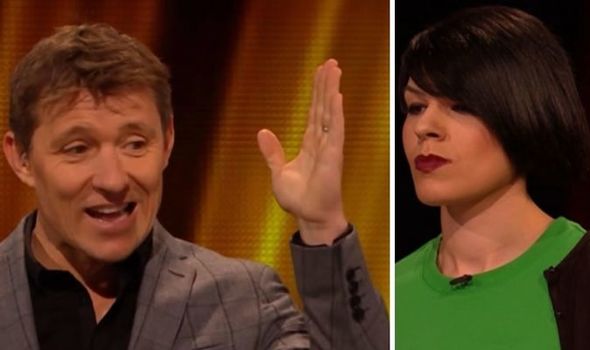 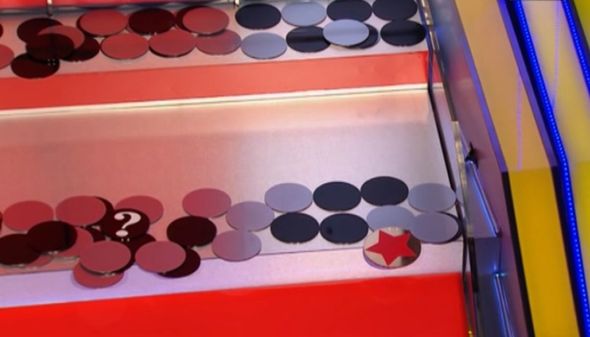 She began with £2,300 in the jackpot, which soon went up to £2,650 after knocking the counters down in the Tipping Point machine.

As the episode came to a close, Leanne had won £4,600, but host Ben gave her the decision of whether she wanted to take that money home or risk it by swapping the money for three additional counters which could win her £10,000. 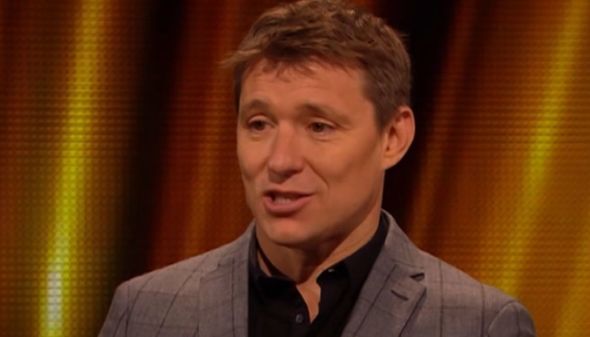 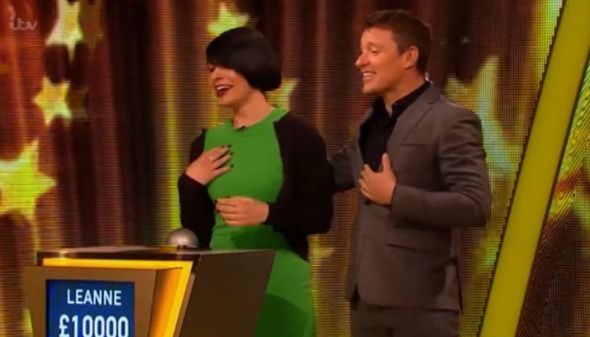 He continued: “As things stand you could walk away with that money right now, that is a lot of money.

“Or you can trade it for three final counters and put it into the machine in the hope of getting that jackpot counter out.

“If you decide to take the trade and nothing else, it’s either £10,000 or you leave with nothing at all.”

“I’m only going to be here once, I’ll take the trade.”

After deciding to take the trade, it was very touch-and-go as to whether Leanne would win any money at all.

The first counter failed to knock the jackpot counter down as Ben commented: “Come on Leanne, take your time you’ve got to make this work.”

“I can’t tell you how desperate we are for you to do this.”

The second counter also failed to knock the jackpot coin down, but, when it came to the third it finally nudged the £10,000 counter over the edge.

“My goodness,” Ben commented. “My heart is going.”

“I was just about to give up then,” Leanne added.

Taking to Twitter after the segment viewers were also relieved to see that Leanne managed to take hope the jackpot money.

“That was tough to watch! Phew! Well done,” one viewer tweeted.

Another said: “God I have never been so tense well done Leanne.”

A third added: “I’ve been a gameshow obsessive for years, but Tipping Point can still have me on the edge of my seat at times. Great stuff Leanne!”

A fourth commented: “Gawd, that was close! Well done Leanne.”

As the show came to a close, Ben described Leanne’s battle against the machine as the “most nerve-wracking final” he’d ever seen.