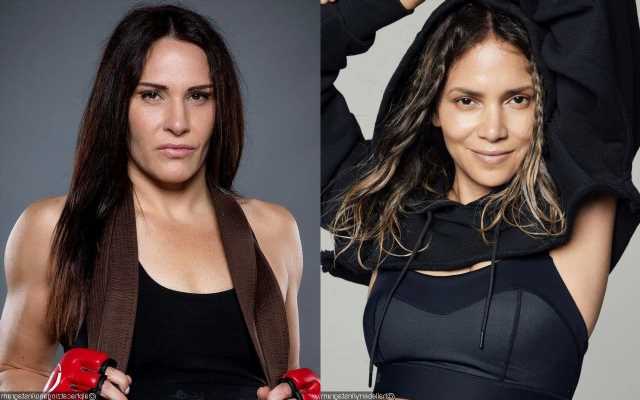 The Bellator fighter claims she was released from her UFC contract because she turned down a fight offer in favor of the movie role, only to be told that she could no longer be involved in the film.

AceShowbiz –Halle Berry has landed in legal trouble over “Bruised“. The Oscar-winning actress is sued by former UFC fighter Cat Zingano for allegedly breaking a promise to cast her for the upcoming Netflix movie.

In the lawsuit, Zingano claims she met with Berry in July 2019 to talk about a movie that the latter would be directing, per TMZ report. The mixed martial artist, born Cathilee Deborah Albert, says she was told she was perfect for a role in the movie.

Showing interest in making her acting debut, Zingano was told by Berry to keep her schedule clear because filming was about to start. At around the same time, she was contacted by UFC about a big fight offer.

Zingano then talked to Berry about the fight offer and claims Berry advised her to pass on the fight if she wanted to be in the film due to factors linked to liability issues from the film’s insurers. After agonizing over the decision, Zingano says she eventually picked the movie and turned down the fight, which then led to the termination of her UFC contract.

But when Zingano told Berry about her decision not to fight and her subsequent release from the UFC, she was told that she could no longer be involved in the project because she was no longer fighting in the UFC. The “Moneyball” star allegedly told her that the movie could only work with UFC fighters.

Zingano, who is currently a Bellator fight, adds in the lawsuit that Belly subsequently cut off all communications from her. She is now suing for damages over the broken promise that caused her to miss out on other lucrative career opportunities.

It’s unclear what was the role offered to Zingano, but Berry starred in the lead role as MMA fighter Jackie Justice in “Bruised”. The 55-year-old, who also made her directorial debut with the sports drama, recently told Entertainment Weekly that the film was initially pitched with Blake Lively in mind, but Lively “decided in her own time that it wasn’t for her.”

“They gave me the script and I loved the story, but it was written for a twentysomething Irish Catholic white woman,” she shared of her reaction to the script. “I couldn’t get it out of my mind, so I thought, is it possible that this could be reimagined for someone like me?”

She added of her interest in the role, “Because I think I have a take on it that could actually work – making it about a middle-aged Black woman, someone fighting for a last chance rather than another chance.”