Grace and Frankie is approaching the final episode and some questions still need to be answered. Last month, Netflix released the first four episodes of season 7. The rest will drop to Netflix sometime in 2022. 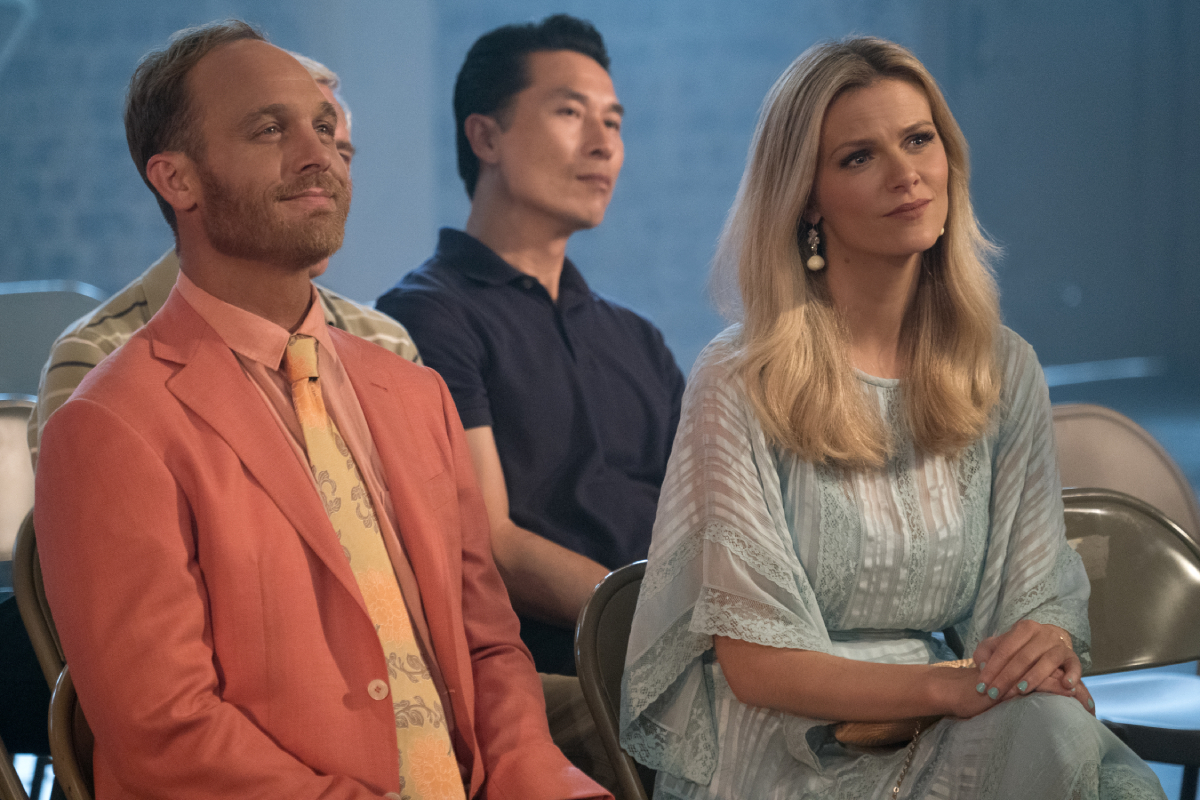 Back in season 1, the series revealed that Mallory and Coyote previously had a relationship and a falling out. The relationship isn’t mentioned much in the later episodes, and it feels like their issues were never fully resolved. Hopefully, the final 12 episodes will explore this further.

Mallory and Coyote were romantically involved

Grace and Frankie is never really clear about exactly what went on between Mallory and Coyote. However, a lot can be inferred from several episodes. It seems that the two had some kind of relationship with each other when they were younger that resulted in an unwanted pregnancy. “The Elevator” hints at this.

This episode is a flashback to before Robert and Sol left Grace and Frankie for each other. Mitch and Coyote are friends, and Mallory is pregnant with her second child with Mitch. When Mallory’s baby has hiccups, Coyote says, “It’s weird. Us talking about a baby. You know considering…” He then goes on to say, “Can you imagine me with a nine-year-old? That was a fun summer.”

This hints that Mallory had an abortion after Coyote accidentally got her pregnant when they were pretty young. Mallory calls this, “the thing we said we’d never talk about.”

Coyote and Mallory had a fallout

Unfortunately, the abortion and Coyote and Mallory’s relationship are never revisited. All fans know is that a drunk and stoned Coyote turned up at Mallory’s house one night and did something bad that he later did not remember. In the episode “The Dinner Party,” Mallory fills him in on the details.

“After mowing down my mailbox you proceeded to get out of your car and start shouting at the top of your lungs, ‘Mal, don’t marry mitch. It doesn’t have to be me, just don’t marry Mitch.’ Which managed to not only scare my children but really piss off my husband, who, by the way, I had already been married to for seven years.”

This seems to have been the event that ended Coyote and Mitch’s friendship. Later, Coyote gets sober, he and Mallory reconcile, and Mallory divorces Mitch.

Mallory and Coyote don’t necessarily need to become a couple in Grace and Frankie, but fans are dying for the final episodes to address their history. “I really just want the show to give us a full explanation of the backstory between Mallory & Coyote,” a fan said on Reddit. “I know that’s been discussed on this board before…but seriously, showrunners. What went on there??”

The first four episodes of season 7 are available on Netflix. Coyote is dating Jessica Gibson, and the pair seem good for each other. Mallory has accepted a new position at work and is living in San Francisco. Mallory has been absent from a few episodes in season 7, but hopefully, she will return and address her complicated past with Coyote.