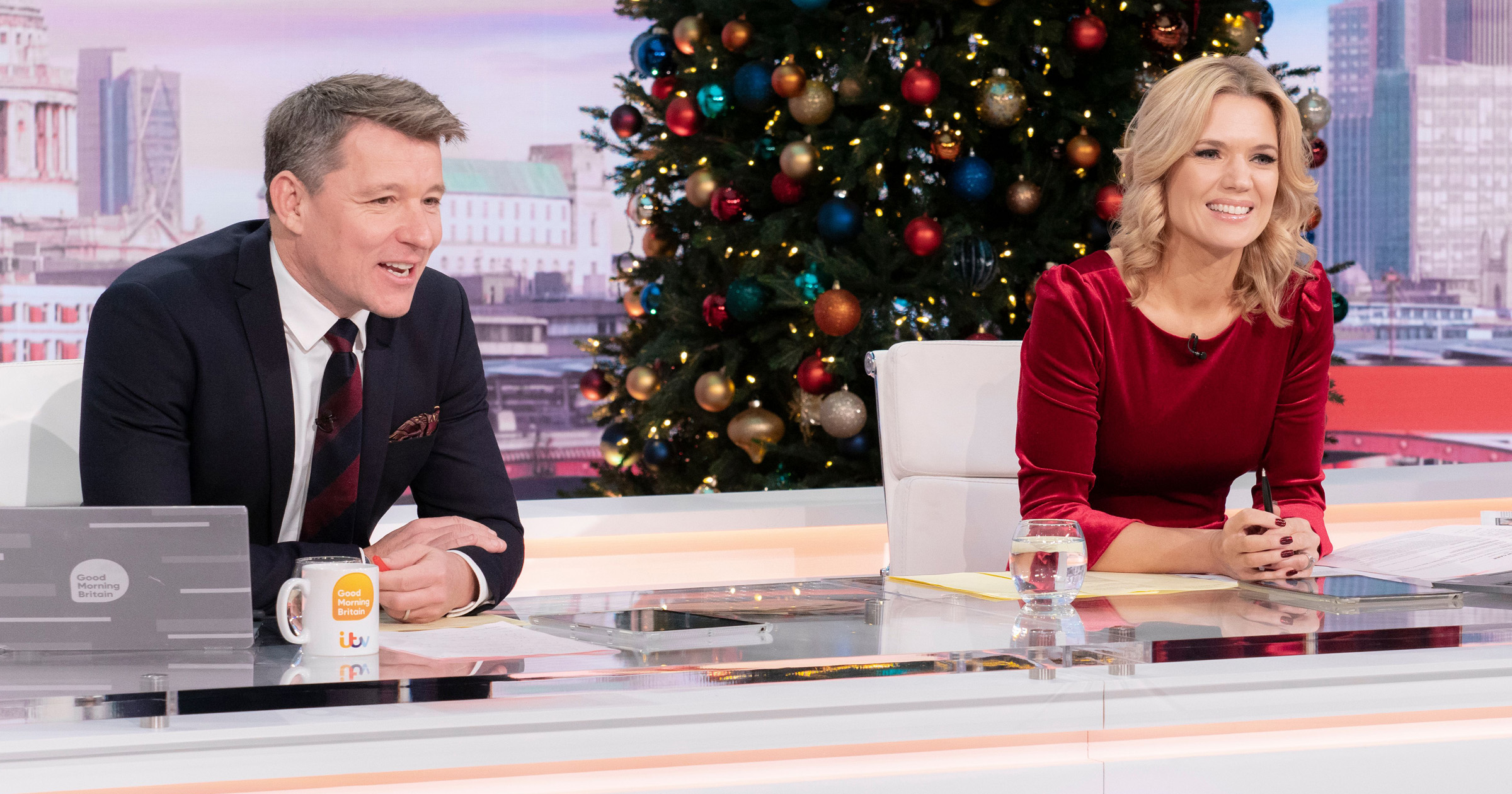 Good Morning Britain has been pulled off air in a shock move as fears over the spike in Covid cases mount.

The ITV news programme last aired on Monday morning with Charlotte Hawkins and Adil Ray presenting, replacing Susanna Reid who is on holiday.

Confirming the news, an ITV spokesperson told The Sun: ‘There is a special GMB Christmas Day show which airs from 7-9am.

‘GMB was due to be on air from Weds 29 – Fri 31 December 2021 but due to the pandemic and to protect our teams, we have decided to give them an extended break.

A source also told the publication: ‘This is all but unheard of, to lose a whole week of a flagship show like this. It just shows how alarmed everyone is within the network and on the show itself.

‘We even aired throughout the height of the pandemic, but lately it is becoming near impossible with staffing shortages and fears about the Christmas period being derailed for everyone.

‘Hopefully things will get back to normal early in the New Year – it’s a big blow for the network, and for advertising too.’

GMB had managed to remain on-air since the start of the health crisis in March 2020, with some of its presenters, including meteorologist Laura Tobin, appearing on-screen remotely.

However, Susanna and her former co-host Piers Morgan remained in the studio.

During GMB’s broadcast on Monday, Charlotte explained that the programme was going ahead with very limited staff in the studio to prevent the spread of Covid variant Omicron.

Hours before the broadcast, GMB presenter Sean Fletcher revealed he has tested positive for Covid and was self-isolating.