In season 4, NBC’s Good Girls finds Beth, Ruby, and Annie in a whole new world of trouble. With Boland’s Bubbles being investigated by the FBI and Rio breathing down their throats, the crew will have to come up with a plan to stay alive and afloat.

It might look like they’re running out of options. But according to the Good Girls showrunners, the ladies will come up with an exciting new plan, and it will be empowering. 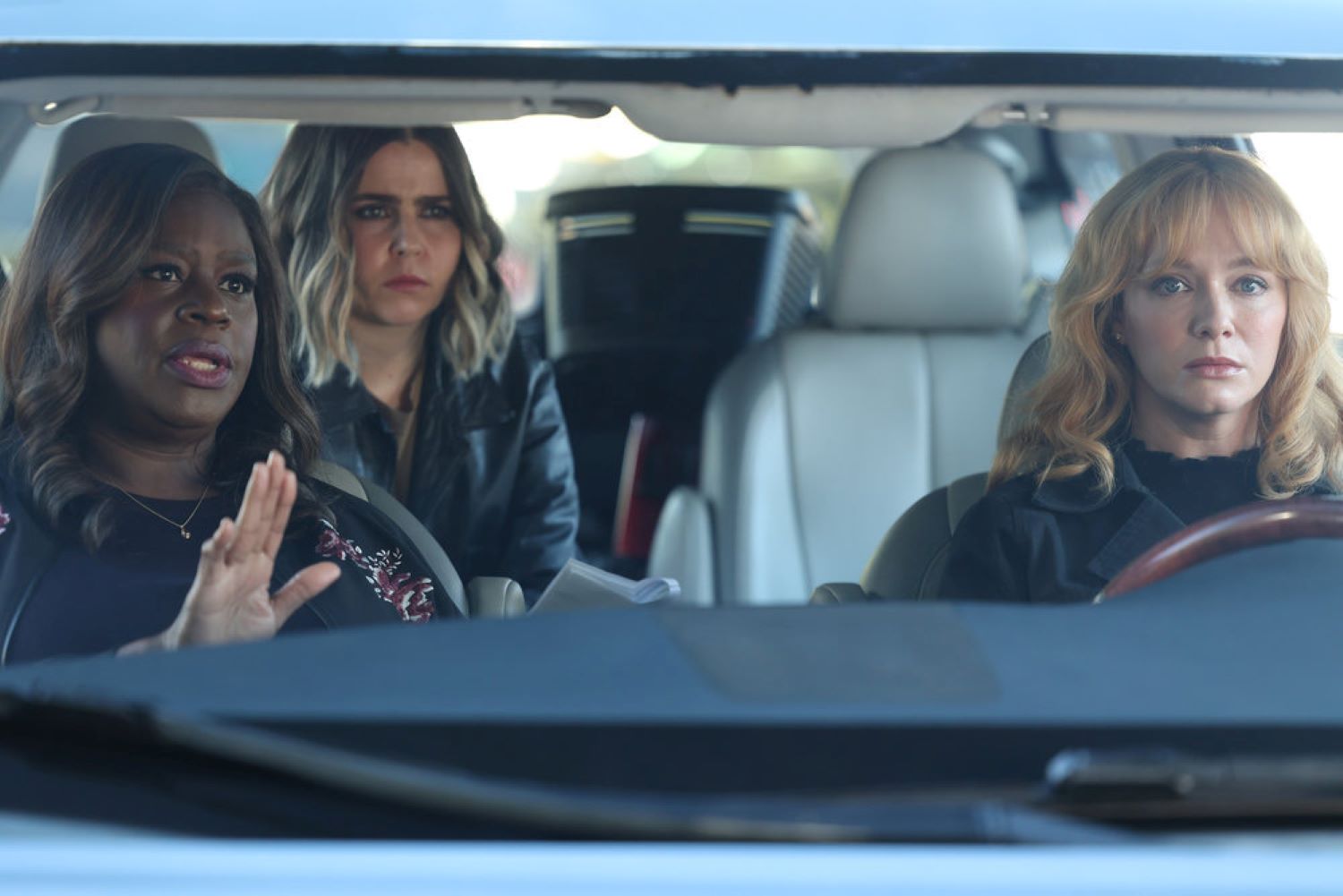 The ‘Good Girls’ are in deep trouble this season

Beth’s (Christina Hendricks) plan to launder Rio’s (Manny Montana) money through Boland’s Bubbles sounded like a great idea at first. But it all comes crashing down in season 4, episode 2, when Dean (Matthew Lillard) unwittingly hands the store’s books to a federal agent.

Believed to be the operation’s criminal mastermind, Dean is arrested and put in prison. And the feds, including agent Phoebe Donnegan (Lauren Lapkis), are now thoroughly investigating the hot tub store.

When Beth goes to Rio for help, he suggests it’s a good thing that Dean became their fall guy. And on top of that, he demands Beth, Ruby (Retta), and Annie (Mae Whitman) continue laundering his cash.

And their hitman hasn’t come through yet

At the end of Good Girls season 3, Beth, Ruby, and Annie hire hitman, Mr. Fitzpatrick (Andrew McCarthy), to kill Rio. But it turns out that the killer-for-hire is more interested in courting Beth than doing the job.

In the first episodes of season 4, Mr. Fitzpatrick gifts Beth jewelry and asks her out for dinner. She takes the invitation, hoping he’ll come through and get rid of her Rio problem.

The prospect seems simple enough. With Rio out of the picture, the ladies won’t have to continue their criminal enterprise. But Rio has proven to be quite resilient, and it doesn’t look like he’s going to die so easily — at least not anytime soon.

Beth, Ruby, and Annie have been driven by Rio’s threats and bullying. But in a recent interview, Good Girls bosses Jenna Bans and Bill Krebs revealed that the ladies will take back some of their power.

“They’re going to have some troubles ahead in terms of how they wash the money for Rio, which will then launch us into a very fun arc where they’re trying to find a different way to wash it,” Bans told TV Line. “Where they end up is a career/area of society that we never thought we would see or witness.”

“It’s so fun and empowering, but in a twisted way,” she continued. “It’s an unlikely feminist statement, and where they finally land is going to be with us for a while. The car dealership failed, the hot tub place failed, and then they finally land on what works. I think the audience will really get a laugh out of what that is.”