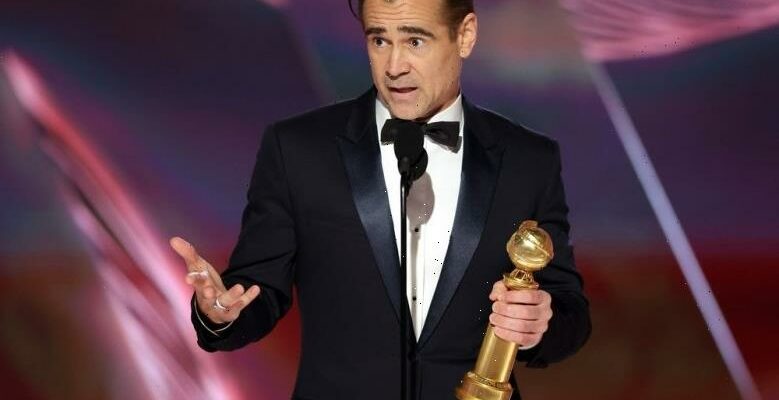 Academy voters have never taken the Golden Globes seriously. It’s always been a celebratory party night with a genial Jack Nicholson type front and center (see: Brad Pitt) and revelers trawling the halls of the Beverly Hilton seeking the next hot party. (See… well, on this note the show fell decidedly short).

This year it was less about the specifics — awkward host Jerrod Carmichael; no-show winners Cate Blanchett (“TAR”) and Kevin Costner (“Yellowstone”) — than questions around the future of the entire enterprise. Dick Clark Prods.’ Todd Boehly is now transforming the 96-member HFPA into a for-profit venture that will pay employees $75,000 a year to vote for the Globes while adding a growing roster of (non-paid) international voters, some of whom are people of color.

The people who watch the show don’t care about any of that. Moments when the winners interacted with the tables in the room — like first winner and Oscar frontrunner Ke Huy Quan (“Everything Everywhere All at Once”) poignantly paying tribute to early mentor Steven Spielberg — were fun to see. A Globes winner does get some forward momentum, and a great speech can go viral on social media and propel, say, Meryl Streep into contention (2017’s “Florence Foster Jenkins”). Academy voters look at the videos, if not the show. 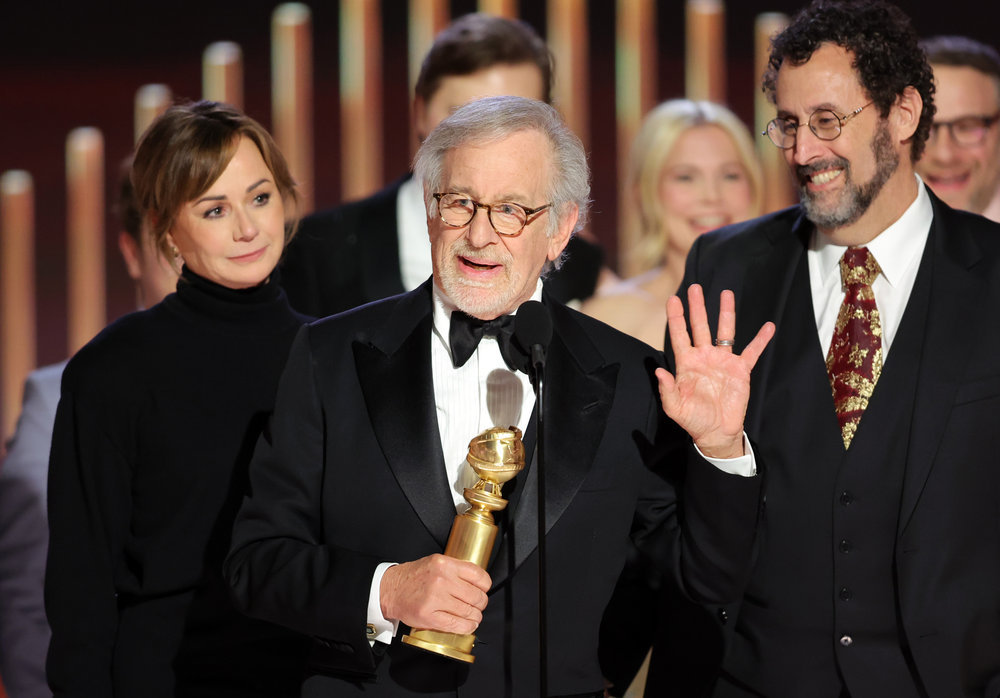 And “The Banshees of Inisherin” (Searchlight) took home not just Best Actor Comedy (really? a comedy?) for Colin Farrell (whose sweet speech leaned into his real-life bromance with costar Brendan Gleeson) but Screenplay and Best Comedy for Martin McDonagh. Best Comedy Actress winner Michelle Yeoh, who reminded viewers of her struggles as an Asian actress, did not go up against her presumed Oscar rival Blanchett, who won Drama, just as a drawling Austin Butler won in a Drama category without Farrell.

Many in the greater Hollywood awards complex see the Golden Globes as essential to the Oscar machine, greasing the skids on the way to the big night. If anything, this show proved that the Globes are well past their prime, trying to conjure faded memories of their glory days, a rickety enterprise without solid foundation. January 15 brings the Critics Choice Awards (I’m a member) on the CW, which have a long way to go before they rival the broadcast clout or the brand recognition of the Golden Globes, but its diverse voting body is comprised of more than 500 working professionals. Multiple CCA members (including Deadline’s Pete Hammond) were refused invites to cover the Globe event, although non-members were welcome. A Golden Globe rep did not return calls at press time.

The Screen Actors Guild Awards are far more predictive than the Globes. SAG’s film and TV nominating committee of 4,200 is more mainstream than the Academy actors branch’s 1,302 (the largest Oscar voting bloc), but they do overlap. The big winner at the SAG nominations was Netflix, which managed to get charming “Hustle” star Adam Sandler and his equally engaging Globe nominees Ana De Armas (“Blonde”) and Eddie Redmayne (“The Good Nurse”) into the SAG lineup.

After two Globe wins and five SAG nominations, “Everything Everywhere All at Once” is building a mighty head of steam. Not only did the SAG committee place it in Ensemble — often an Oscar bellwether — but Globe-winner Yeoh landed in Female Leading Role with two of her costars in Supporting: both Jamie Lee Curtis and Stephanie Hsu. (The Supporting Actress category boasted two Asian-American actresses, as Hong Chau got in for “The Whale.”) Also included at SAG was the expected Quan, who should continue his winning streak all the way to the Oscars.

Golden Globe winner and SAG nominee Angela Bassett (“Black Panther: Wakanda Forever”) should continue on her way to an Oscar slot. This is a legacy award as much as a recognition of her intense performance as a regal leader grieving the loss of her son. At the Globes, Bassett reminded (one of many peering at her iPhone) that she was last on that stage as a winner in 1994, for “What’s Love Got to Do with It?” That’s an irresistible Oscar narrative.

Also with five SAG nominations was “Banshees of Inisherin,” which nabbed an Ensemble nod as well as slots for Leading Male Farrell, Supporting Males Gleeson and Keoghan, and Supporting Female Kerry Condon, who McDonagh credited Tuesday night with stealing the movie from her male costars.

“The Fabelmans” managed an Ensemble nod, which is terrific, but only Paul Dano scored an acting mention: Michelle Williams and Judd Hirsch were snubbed. 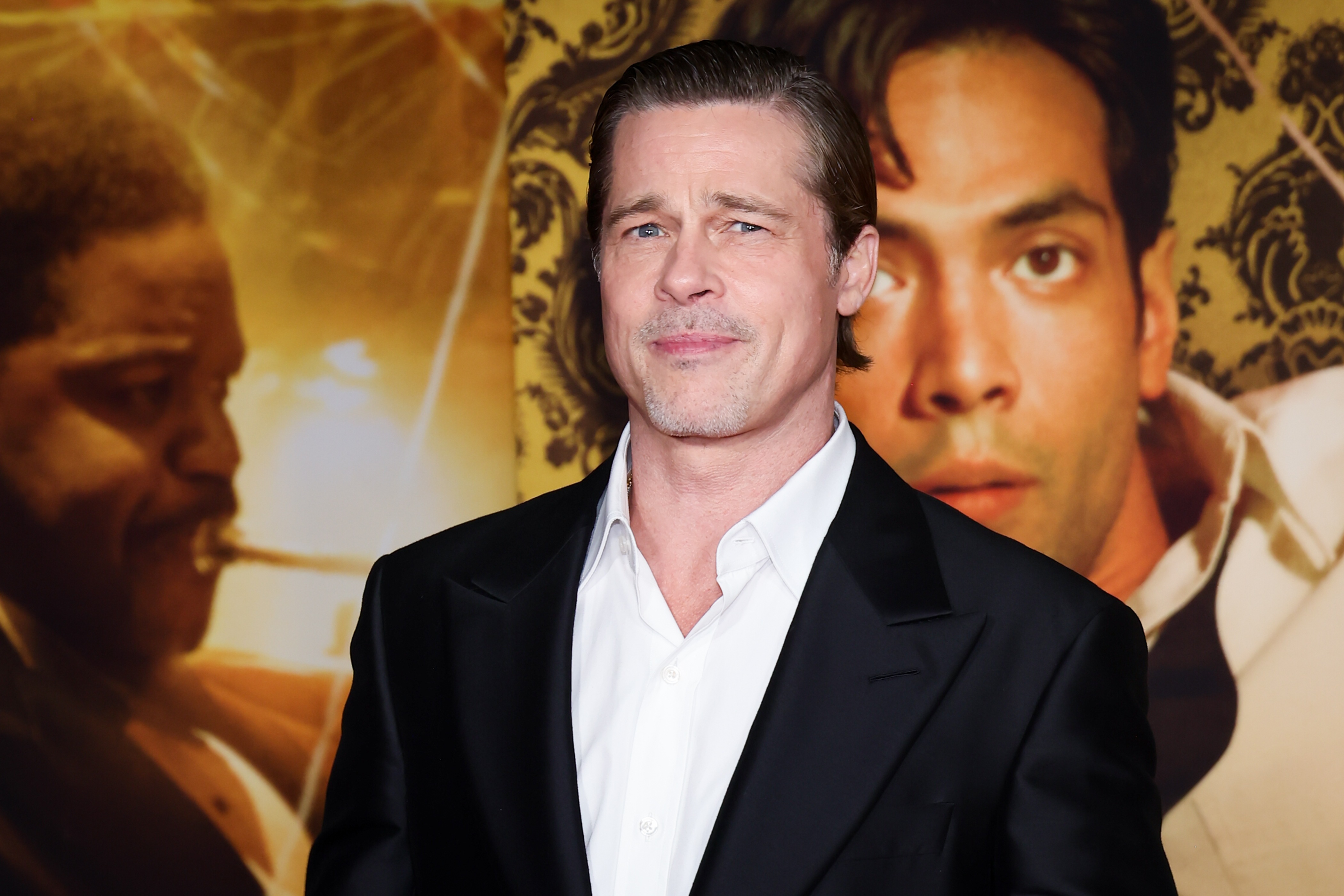 Brad Pitt at the “Babylon” premiere

Similarly, while composer Justin Hurwitz took home the only Golden Globe win for Hollywood saga “Babylon” (without mentioning director Damien Chazelle) the film surprisingly wound up in SAG Ensemble, a sign of strength with the actors. But Globe nominees Margot Robbie and Brad Pitt did not score SAG slots — a sign of weakness. And again, while Sarah Polley’s “Women Talking” landed a much-needed place at the SAG Ensemble table, none of its actors (who were competing with each other) notched a nomination.

Left out of Ensemble but included in Best Stunt Ensemble was “The Woman King,” while the popular Viola Davis was slotted in Leading Female Drama, along with rising star Danielle Deadwyler of “Till.” Both should wind up in the Oscar race for their powerful emotional performances. Included in Stunt Ensemble but excluded from other SAG mentions were Oscar contenders “Top Gun: Maverick” and “Avatar: The Way of Water,” who will surely perform well through Oscar categories. But Tom Cruise can kiss his another Oscar acting nomination good-bye.

One thing to look forward to Oscar night: While “RRR” failed to win Best Foreign Film at the Globes, it did win Best Song, and assuming the shortlisted song gets Oscar-nominated, its two Indian superstars, N.T Rama Rao Jr. and Ram Charan, told me that they are more than ready to perform in tuxedos.