Kate Garraway was joined by Ed Balls on Friday as they hosted ITV’s Good Morning Britain. Charlotte Hawkins was also in the studio as she discussed Chancellor Kwasi Kwarteng’s mini-budget plan, which is expected to be released later on today. The presenters also spoke with guests Iain Dale and Jacqui Smith, who shared their views on the potential plan.

“Inflation was rising and there are parallels to be drawn,” Iain explained as he discussed the mini-budget plan.

“How did that work out?” Kate interrupted as Iain tried to finish his sentence.

“But how quickly did it go wrong,” the host cut in again.

Iain explained: “It went wrong for lots of different reasons. There were lots of industrial strikes. 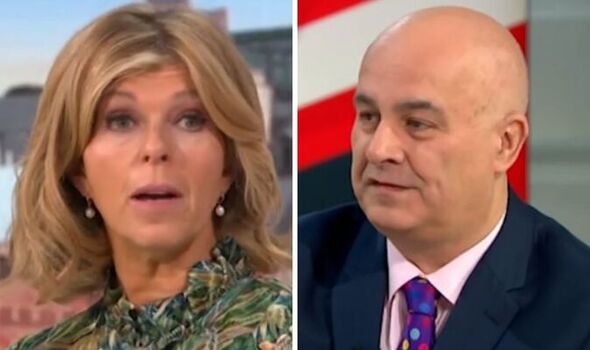 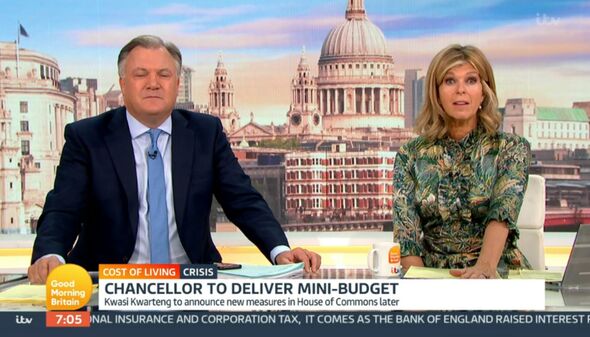 “There was an energy crisis, an oil crisis,” he continued as Kate said: “We’ve got that already.”

“So, there are lots of parallels to be drawn…” Iain tried to say before the host weighed in: “But how did it go wrong?”

The guest tried to reply before Kate added “But how quickly? How quickly did people suffer because I think that is what people want to know?”

“Very quickly,” Iain simply replied as Kate said: “Okay, we have been begging for something, this is definitely something. 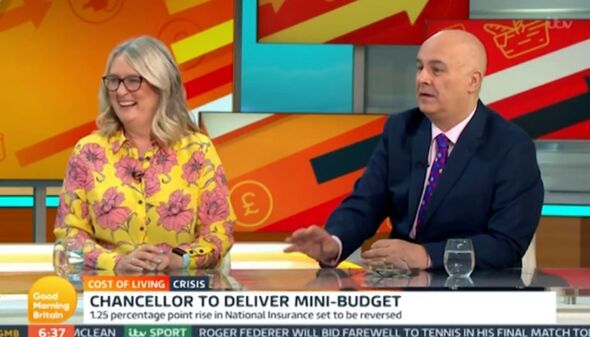 “If it gets us through the next two years, then maybe that is a better thing.

“If it doesn’t get us through the next two years, then how quickly will we feel the pain…”

However, some viewers were unimpressed by host Kate, with many branding the mum-of-two “rude” for talking over her guests.

Some even claimed to “turn off” the programme completely.

Taking to social media to share their thoughts, Ken Chisolm wrote: “Kate G. interrupted multiple times there but the worst was when Ed Balls asked Iain Dale a good/key question & Kate ignored it and cut in with another TOTALLY UNRELATED question …just plain rude… or ignorant.” (sic)

User @Brownbe said: “I totally agree. It’s not the Kate show, why have experts on including Ed Balls if Kate always butts in.”

“This is so important yet Kate is taking over everyone and we aren’t hearing anything,” Anne Devlin fumed.

“Could we please hear more from the economist and less from broadcasters with no more economic or political experience than I have? How can Ian say a country relying on food banks is wealthy?”

Helen claimed to “switch off”, tweeting: “Well that discussion was ruined by Kate Garraway jabbering on and not letting the others finish. If you’re going to try and have a discussion don’t keep interrupting. I’ve turned over!”

Jon Riley raged: “Kate is out of her depth interrupting all the time!! Be quiet ask a question and listen to the expert not answer your own question painful she is a shouter like Susanna, not a listener.” (sic)