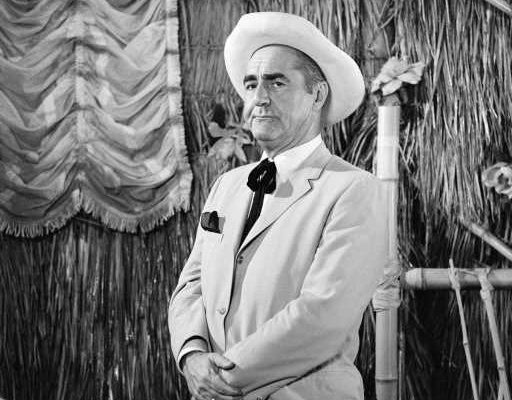 In 1964, the classic TV series Gilligan’s Island premiered on the CBS Network. The sitcom follows the humorous adventures of seven castaways on a deserted island. One of the members of the group was millionaire Thurston Howell III (Jim Backus). However, Backus almost lost out on the coveted role.

Before Gilligan’s Island, Backus was already a massive star. His previous acting credits include Rebel Without a Cause and voicing the cartoon character, Mr. Magoo. When Sherwood Schwartz was casting for his newest, he had his excellent friend Backus in mind for Thurston.

Although Backus was interested in the role, a few issues kept him from accepting it. According to IMDB.com, scheduling conflicts and money were a problem in casting Backus for the show. Since Backus was an established actor, CBS executives thought he was too expensive for the role. However, Backus’ schedule made him available for the show, and the network allowed extra finances to hire Backus.

Mr. Howell and his wife, Lovey Howell (Natalie Schafer), were two of the characters who helped make Gilligan’s Island a success. Despite being stranded, Thurston and Lovey continued living a luxurious life on the island. The couple loved throwing extravagant parties for their fellow castaways and going for rides in their bamboo car.

Yet, when it came to working, the couple shied away from chores. Although Thurston was a millionaire, he was cheap with money. However, if a visitor threatened one of the castaways, Thurston quickly made a deal.

After Gilligan’s Island‘s cancellation in 1967, Backus continued to work steadily. He appeared in films such as Pete’s Dragon and shows such as The Brady Bunch and Fantasy Island. He also voiced Mr. Magoo in several TV revivals.

Backus would also step back into Thurston Howell’s shoes for three TV films and two animated series. Backus died on July 3, 1989, at the age of 76, from Parkinson’s disease. Although Backus is gone, his legacy continues thanks to roles such as Gilligan’s Island‘s lovable millionaire.