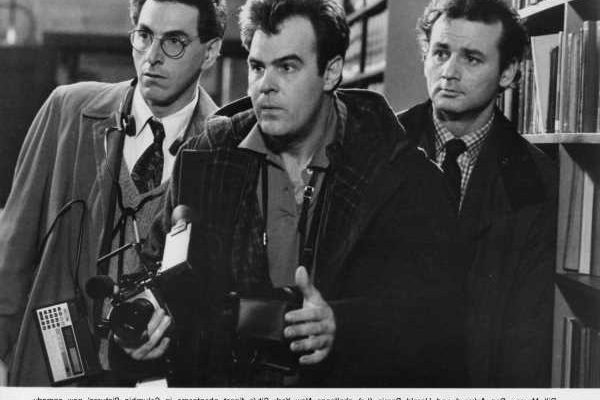 Ghostbusters: Afterlife was another casualty of the coronavirus (COVID-19) pandemic. Originally slated to release in the summer of 2020, it was delayed for more than a year. Now that the movie is only a few months from its debut, fan theories have started to pick up.

While we know most of the original cast will appear, Harold Ramis, who played Egon Spengler, died in 2014. However, the new film’s plot revolves around Egon’s daughter and two grandchildren. While eagle-eyed fans have analyzed every second of the latest trailer, there’s one moment, in particular, they’re focusing on.

What happened to Egon Spengler in the ‘Ghostbusters’ universe?

No details have been given on what was the cause of character Egon Spengler’s passing. The trailer shows audiences that his daughter Callie (Carrie Coon,) and two grandchildren Trevor and Phoebe (Finn Wolfhard and Mckenna Grace), have inherited Egon’s house.

What fans spotted in the trailer

In the trailer that dropped in July 2021, there’s one scene where a lamp moves by itself. It appears to be pointing at something so that Callie will look closer at an object. Fans immediately latched onto the theory that this is Egon’s ghost helping his daughter out from beyond the grave.

As one Redditor stated, “There’s a shot in the first trailer showing symmetrical book stacking. This was also shown in the NYC Library scene in the first movie. I suspect that this is a sign of Egon training himself to interact with objects in the real world. Then there’s also a shot in the new trailer that shows a lamp being moved by an unseen force over the Mother’s shoulder. I also suspect that this is Egon trying to show his daughter something.”

While no one will know for sure until the movie releases, most fans are on board with this theory. With all of the movies and tv shows steeped in 80s and 90s nostalgia recently, it would be hard to carry the torch for one of the biggest movies of the 80s. This is a perfect way to acknowledge Ramis’ passing as well as be able to include him in this new chapter.

Could the title ‘Ghostbusters: Afterlife’ be a hint?

There were enough clues in the trailer to deduce that this movie is Ghostbusters canon. We see the name Shandor Mining Corp., miniature Stay-Puft marshmallow men, and one of the demon dogs from the original.

This leads some to wonder if the word “afterlife” in the title hints where Egon is. It would make sense that he would want to continue his research into the paranormal from beyond the grave. He was highly dedicated to his studies in the original.

Fans only have a little bit longer to wait to find out the answers to all their questions. Ghostbusters: Afterlife debuts in theaters in November.