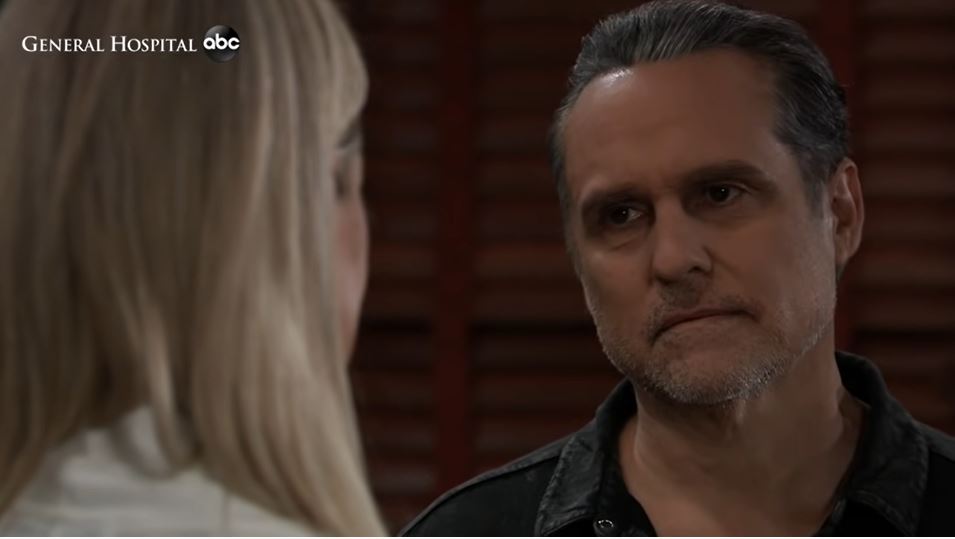 General Hospital will see Nina Reeves (Cynthia Watros) dealing with her fair share of drama this week as viewers continue to wait for the moment she decided to finally come clean about Sonny Corinthos (Maurice Benard).

Meanwhile, Nikolas is horrified to learn about Ryan’s letter, Shawn tracks down Naomi and Sam receives a veiled message.

On Tuesday, Sam calls Dante for help while Elizabeth welcomes an old friend back to GH.

Elsewhere, Monica checks on Willow, Ned worries Austin may have a case and Trina pressures Spencer to throw the party at Wyndemere.

Wednesday sees Jason and Carly discuss calling a meeting with the Five Families and Nikolas confides to Laura that he is worried about Spencer.

Meanwhile, Ava imparts a bit of wisdom to Trina, Obrecht and Scott grow closer and Jordan is sympathetic towards Portia.

On Thursday, Carly worries that she’s putting too much pressure on Jason and Phyllis understands Lenny’s perspective on living life to fullest.

Elsewhere, Nina and Sonny grow even closer, Jax confides in Britt about his thoughts on Carly marrying Jason and Portia feels optimistic.

The week ends with Dante shares information about a case with Sam and Jordan encourages Shawn to focus on his future and TJ.

Meanwhile, Cameron and Spencer get ready for the party at Wyndemere, Jax confronts Jason about Joss’s safety and Sonny and Nina are feeling optimistic about the future.