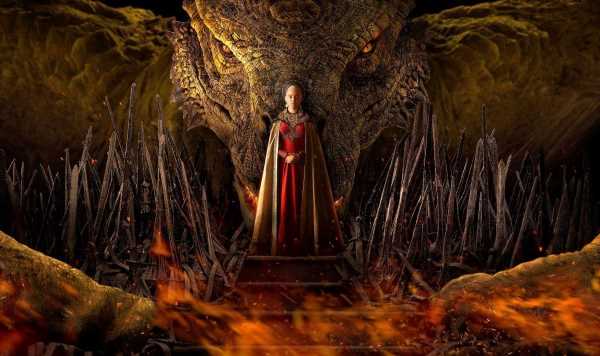 House of the Dragon: Trailer for brand new series

The hotly-awaited prequel to global fantasy juggernaut Game of Thrones makes its debut in Britain on Monday and it will not be stinting on the fire or the blood, because House of the Dragon is one of the biggest gambles in television history. 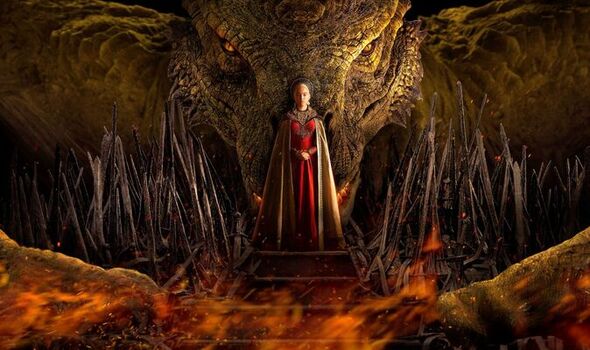 Three years have passed since we saw Jon Snow slaughter his mad dragon queen Daenerys Targaryen, bringing to a close the epic eight-season fantasy that won a record number of Emmy awards and amassed a worldwide army of devoted fans.

Game of Thrones also turned many of its actors into A-list celebrities. Kit Harington (Jon), Emilia Clarke (Daenerys) and Peter Dinklage (Tyrion Lannister) all earned career upgrades, and Sophie Turner and Maisie Williams, playing young daughters of the House of Stark, grew up to become adult stars in their own right.

Audiences revelled in its gory adventures as a sprawling cast of Machiavellian power-hungry kings, princes and vassals battled across the Seven Kingdoms for control of the fictional land of Westeros.

Game of Thrones will be a tough act to follow, but its producers at HBO now have a staggering seven spin-off series in the works, hoping to reap billions of dollars over coming decades.

House of the Dragon has cost a hefty £160million for its 10-episode debut season and if the high-flying show sputters and falls, the entire future of the franchise could come crashing down with it.

“HBO desperately needs this to be a massive hit, or it could kill its hopes of turning the dragons into cash cows,” says a leading Hollywood producer.

House of the Dragon takes audiences back almost 200 years before the events in Game of Thrones, showing how the blond, brutal and borderline bonkers members of the House of Targaryen fought to control the Iron Throne amid scheming by the rival Houses of Stark, Lannister, Velaryon and Baratheon.

Game of Thrones boasted three dragons, but its prequel has hatched a staggering 17 fire-breathing serpents swooping above King’s Landing, with nobles routinely jumping aboard as if hailing a London taxi. There are sword fights, deadly jousts, deceit, debauchery and betrayals, along with the liberal sprinkling of love scenes that Westeros fans have come to expect.

Matt Smith, who goes from playing a young Prince Philip in The Crown to starring as dragon-riding warrior Prince Daemon Targaryen, admits there is no lack of sex in the new series.

“Slightly too much, if you ask me,” he recently told Rolling Stone magazine. “You find yourself asking: ‘Do we really need another sex scene?'” The producers assured him: “Yeah, we do.” They may be counting on the raunch and the romance in an upcoming ratings battle, because one of the dragons’ biggest fights will be against a rival fantasy universe: The Lord of the Rings prequel series The Rings of Power.

With an eye-watering budget of £400million for its debut season, the Tolkien-based epic is the most expensive television series ever. And it kicks off on September 2. The Middle Earth saga has yet to prove that it can downsize from the big screen, while House of the Dragon takes flight without the two key writer-producers behind Game of Thrones – D.B.Weiss and David Benioff. 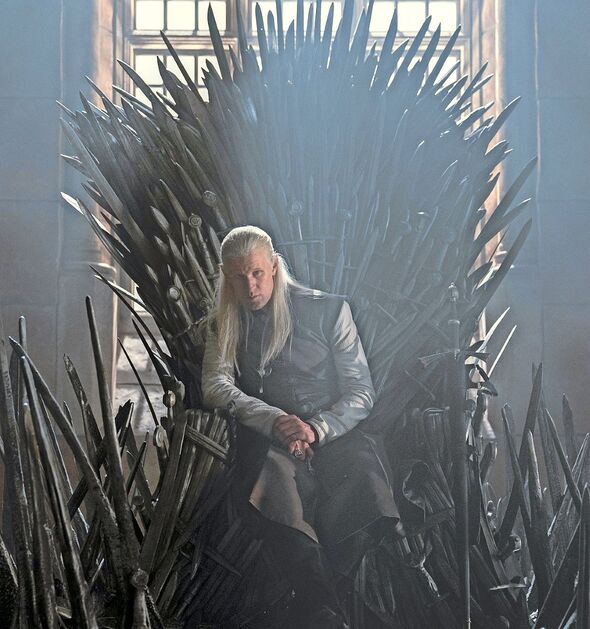 Weiss explains that after 11 years living with Westeros “we had reached the end of what made sense for us to be involved with… It just felt like, for us, it was time to move on”.

The prequel, streaming in the UK on Sky Atlantic and NOW, is based on Martin’s bestselling 2018 novel Fire & Blood: a history of the Targaryen clan focusing on a civil war known as the Dance of the Dragons.

Alicent is married to King Viserys and wants the Iron Throne for her sons, while her stepdaughter Princess Rhaenyra is battling for the crown herself. There are Lannisters, Starks, Westerlings and many of the families we saw still jockeying for power in Game of Thrones two centuries later. And the producers promise that audiences will still recognise the Seven Kingdoms.

“Hopefully it will be seen as something else. But it will have to earn that – it won’t happen overnight. Hopefully fans will enjoy it for the thing that it is. We’ll be lucky if we ever come close to what the original show was”. 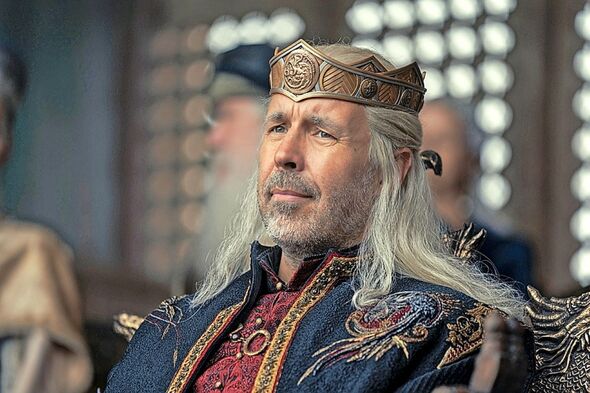 And therein lies the potential problem: House of the Dragon could be undone by impossibly high expectations, even with a legion of dragons and their riders blazing through the skies in Battle of Britainstyle dogfights.

“I hope the success of Game of Thrones won’t get in the way for people when they experience the new show,” says Nikolaj Coster-Waldau, who played Game of Thrones swordman knight Jaime Lannister.

Adds Matt Smith: “We’re trying to make a show that’s entertaining on lots of different levels and has a similar scope and ambition to the previous show. But obviously, you’re never going to recreate the success of Game of Thrones, because that was a very particular point in time. It was its own unique entity.”

The dragons will likely become stars in their own right, says Martin: “They’ll each have their own personalities, they’ll be instantly recognisable”. And being CGI creations they will not be asking for a massive pay rise if there is a second season.

But expect many of your favourite dragons to crash and burn as the civil war eliminates them one by one, until they are thought extinct – except for the three scaly dragon eggs that Daenerys Targaryen inherits two centuries later.

George R.R. Martin is already a fan of the new series his books spawned. “The look of it is great, and the acting, the directing and writing are first rate,” he says. 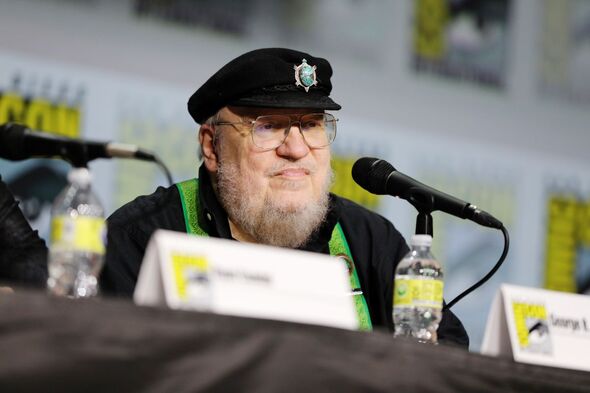 “I am vastly impressed by the show’s version of King Viserys, played by Paddy Considine, who gives the character a tragic majesty my books never quite achieved.”

Other sequels and prequels are already in the works, among them: The Sea Snake, about the adventures of seafarer Corlys Velaryon; The Hedge Knight, about a lowly knight and his squire; Ten Thousand Ships, about warrior queen Nymeria; and animated series The Golden Empire.

Yet one spin-off has already bitten the dust: HBO spent £24million filming a pilot episode starring Naomi Watts and Miranda Richardson, before killing the project.

Former Game of Thrones stars have mixed emotions about the new series. Kit Harington, says: “It’s so close to my heart, that story, that of course there might be a bit of pain there.”

And Peter Dinklage cautions: “I think the trick is not to try to recreate Thrones. If you try to recreate it, that feels like a money-grab. I am excited to watch, purely as a viewer, not knowing what will happen next.”

Martin knows, but he is not telling, saying only: “I do not think you will be disappointed.”

House of the Dragon launches on Sky Atlantic and NOW on Monday.