Friends viewers simply didn’t want the show to come to an end. Unfortunately, after ten seasons the show was destined to conclude, and brought all of the characters’ stories to a halt. Shortly after this, a spin-off was produced on Joey Tribianni (played by Matt LeBlance), called Joey – but it didn’t last very long.

With rumours of a reunion show on the internet at the moment, Express.co.uk exclusively caught up with Dr. Simone Knox, co-author of Friends: A Reading of the Sitcom, to discuss how it could have gone differently.

While it is difficult to imagine any of the characters from Friends outside of the core six friends, the show’s network at the time NBC certainly wanted to try.

Unfortunately for them, Joey simply didn’t land the popularity it was aiming for, and was subsequently cancelled.

This begs the question: Would a spin-off focused on another one of the core members have worked better? 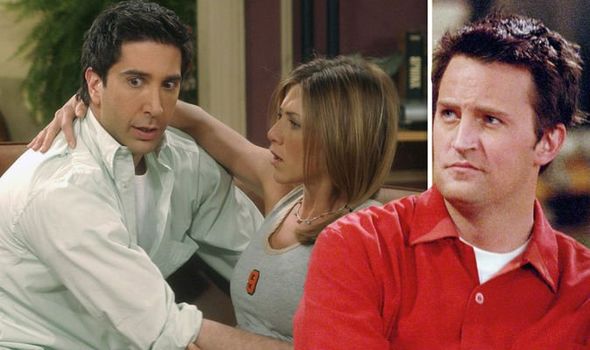 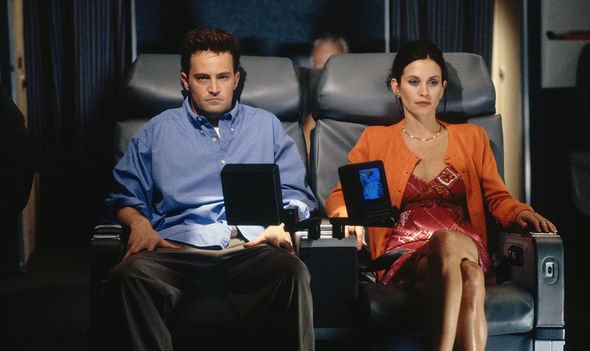 On this question, Simone began by saying: “I can’t see how you could make a spin-off with any of the characters work – because they’re so in tune with each other.

“I personally would have advised against any spin-off – of course the actors [other than LeBlanc] weren’t interested in any spin-off.

“But if you had to make one, I probably would have suggested making it about one of the couples.”

Ross Geller (David Schwimmer) and Rachel Green (Jennifer Aniston) were arguably the focus of the show’s final seasons, as their will-they-won’t-they relationship finally came to a head. 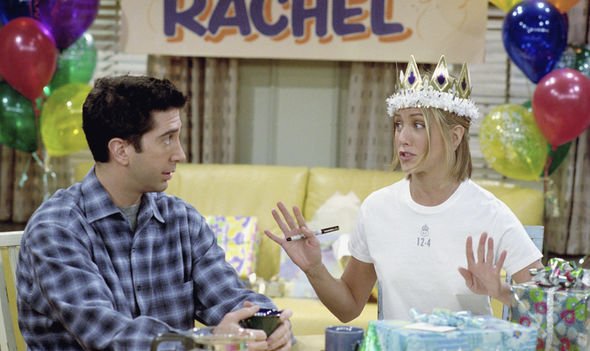 In fact, the show’s penultimate episode left a cliffhanger on whether the duo would get together again.

Conversely, Monica Geller (Courtney Cox) and Chandler Bing (Matthew Perry) were focused on hugely in the middle seasons, as their secret relationship became a focal point, before their illustrious wedding.

Simone continued: “Because then, at least, you have two at least out of [the cast].

“The problem they would have had then is: As they [the characters] were all still living on the east coast, it would have then become a problematic question within the fictional world.”

Simone then explained, if a spin-off show was based in New York and focused on Ross and Rachel, or Monica and Chandler, it would be tough to explain why all the characters didn’t appear.

Because of this, Simone went on, is why the show took Joey out of the equation, and moved him across America in the Joey spin-off.

She continued: “So then, the only way to, kind of, make it plausible would be to take one of them out – take Joey, transplant him, of course, to Hollywood. So you don’t have this question of ‘where are his friends?’”

Simone also spoke about the Joey show, and pinpointed exactly why it didn’t work in the long run.

She explained Joey is a character that thrives off of the rest of his ensemble cast.

“So you have the Joey character,” she said. “Who is in to food and sex, and is a loyal friend, and is a little stupid – and he became more stupid because Matt LeBlanc plays dumb very well which [producers] Marta Kauffman and Kevin Bright told us repeatedly in the interviews – which is a hard thing to do as an actor.

“But you need Joey in relation to a Chandler, for example, who keeps him in check, and who makes sarcastic comments about his naive stupidity.”

“The problem with Joey, as in the spin off,” Simone continued. “Was that they took this character who was so embedded in this ensemble of characters, and transplanted him to a very different environment – and that just wasn’t going to work.”

Friends airs daily on Comedy Central, and is available to stream on Netflix.

Friends: A Reading of the Sitcom is available for purchase now.