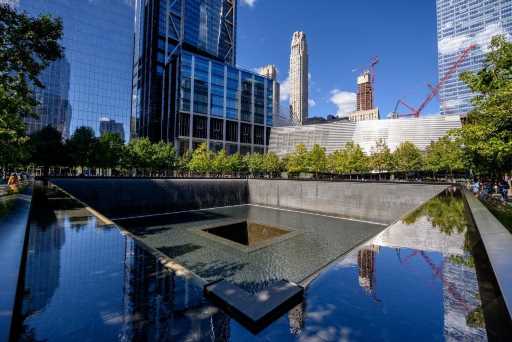 Fox Sports used the World Trade Center as the backdrop for a graphic on Saturday night’s “Baseball Night in America” broadcast.

Today, the division apologized for the insensitive depiction.

Fox superimposed the New York Yankees and Boston Red Sox logos onto the memorial pools at the National September 11 Memorial and Museum at the World Trade Center site.

“During last night’s telecast, we used poor judgment on the use of a graphic,” a Fox Sports spokesman said in a statement. “We sincerely apologize and regret the decision.”

The memorial pools showns in the graphic sit in the footprints of the North and South Towers of the original trade center that collapsed on 9/11. The names of those who died on that date and in the 1993 World Trade Center bombing surround the pools.

Hollywood Unions Sign Off On Extension Of Covid Protocols Through September