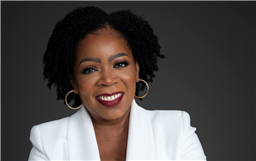 EXCLUSIVE: Dick clark productions has tapped veteran ViacomCBS executive Fonda Anita as EVP of Production. She will be responsible for physical production for all of dcp, including the company’s vast portfolio of live televised entertainment events.

The first program she will oversee at dick clark productions is the 2021 American Music Awards, which is currently in pre-production with Jesse Collins as showrunner and executive producer and his company Jesse Collins Entertainment producing along with dcp, part of MRC’s Live & Alternative division, which is in the process of hiring a new President. Anita is replacing Linda Gierahn who left in May to join live entertainment production company Silent House.

“As we look to attract the best artists and producers in everything we do, our internal talent is no exception,” said MRC co-CEO Modi Wiczyk. “Fonda brings significant experience in production and will be a critical addition to our leadership team as we evolve dick clark productions for its next stage of growth and adapt our business for the ad-supported streaming emerging around us.”

The dcp team is also preparing for the upcoming 50th anniversary edition for Dick Clark’s New Year’s Rockin’ Eve with Ryan Seacrest on ABC, and the Streamy Awards for YouTube. One of dcp’s top live franchises, the Golden Globe Awards, will not be held in 2021 as the HFPA is undergoing an overhaul.

Anita most recently served as VP of Production for Tenpoles, Events, Music & Specials for ViacomCBS, covering MTV, VH1, CMT, Nickelodeon and BET. She and her team oversaw production of the music division including BET Awards, NAACP Image Awards, The Soul Train Awards, the CMT Music Awards pre-show and MTV Video Music Awards pre-show. Her more than a decade-long tenure at ViacomCBS included roles at VH1 as VP of Production and as Director of Production at BET, where she championed and oversaw production on the remake of Showtime at the Apollo into BET’s Apollo Live. She oversaw many of the network’s projects in reality, competition and the network’s first movie of the week, Gun Hill, starring Larenz Tate. She also worked across the MTV franchise Making the Band II. Prior to joining ViacomCBS she was the Executive in Charge of Production at LATV where she led broadcast programming focused on the Latin American market.

Earlier in her career Anita produced live events at Merv Griffin Productions, including the 2001 Grammy Awards, Valentino’s 40th Anniversary Party and The Los Angeles Lakers’ 2000 Championship Parade and Celebration. She also served as line producer on the feature Bomb The System, which was nominated for the Spirit Award for Best Picture at the Tribeca Film Festival, and worked in production on the feature film The Big Lebowski.