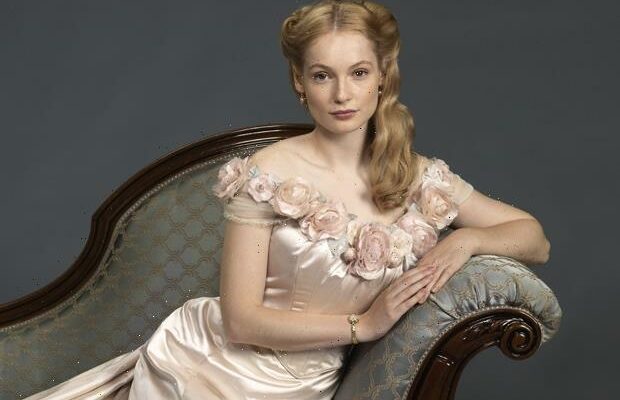 The penultimate episode of Lifetime’s Flowers in the Attic: The Origin ended with a bang — literally.

“Having the context of Flowers in the Attic, I knew what was eventually going to happen between those two characters,” Dodd tells TVLine. “Producers said quite early on, ‘You’ve got a really hard job because you’ve got to try and make people want this to happen. And they’re going to be fighting you every step of the way. And they need to want it to happen and then be like, ‘Oh, God, why do I want this to happen?’”

Picking up right where we left off, the season finale (airing this Saturday at 8/7c) explores the fallout from that indiscretion (as well as Malcolm and Olivia’s disposal of Mrs. Steiner), and will end right where Flowers in the Attic begins. With a lot of ground left to cover before we get to that point — Corrine has yet to give birth to the children Olivia will eventually lock in the titular attic — the show will use time jumps to bring the story up to speed.

“The final episode is quite different because we have a few time jumps,” Dodd notes. “[It] is really interesting to see the aftermath of that event and everything else that happened on that night, because it was a pretty hectic night for the whole family. The thing that everybody’s been trying to prevent from happening or not want to happen has happened. So that really is the catalyst for the rest of the episode.”

Dodd found it overwhelming at first to play Corrine, who started out relatively normal before her incestuous relations with her uncle-brother. In Flowers of the Attic, she becomes a party-obsessed socialite willing to murder her own offspring to access her trust fund. To get into the character’s mindset in The Origin, the actress turned to V.C. Andrews’ novels as well as Lifetime’s previous film adaptions.

“I started reading everything and watching as much as I could just trying to understand this character,” she shares. “I was like, ‘I don’t know how I’m going to relate to this person.’ But when I just brought it down to our scripts and took it scene by scene, she is — up to a point — a very normal girl who’s been through some horrendous things. I didn’t think that I could relate to her, but I definitely could get behind her and have empathy for her.”

Following the Flowers in the Attic: The Origin finale, Dodd can be seen in Bridgerton Season 3, taking over the role of Francesca.