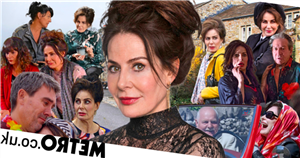 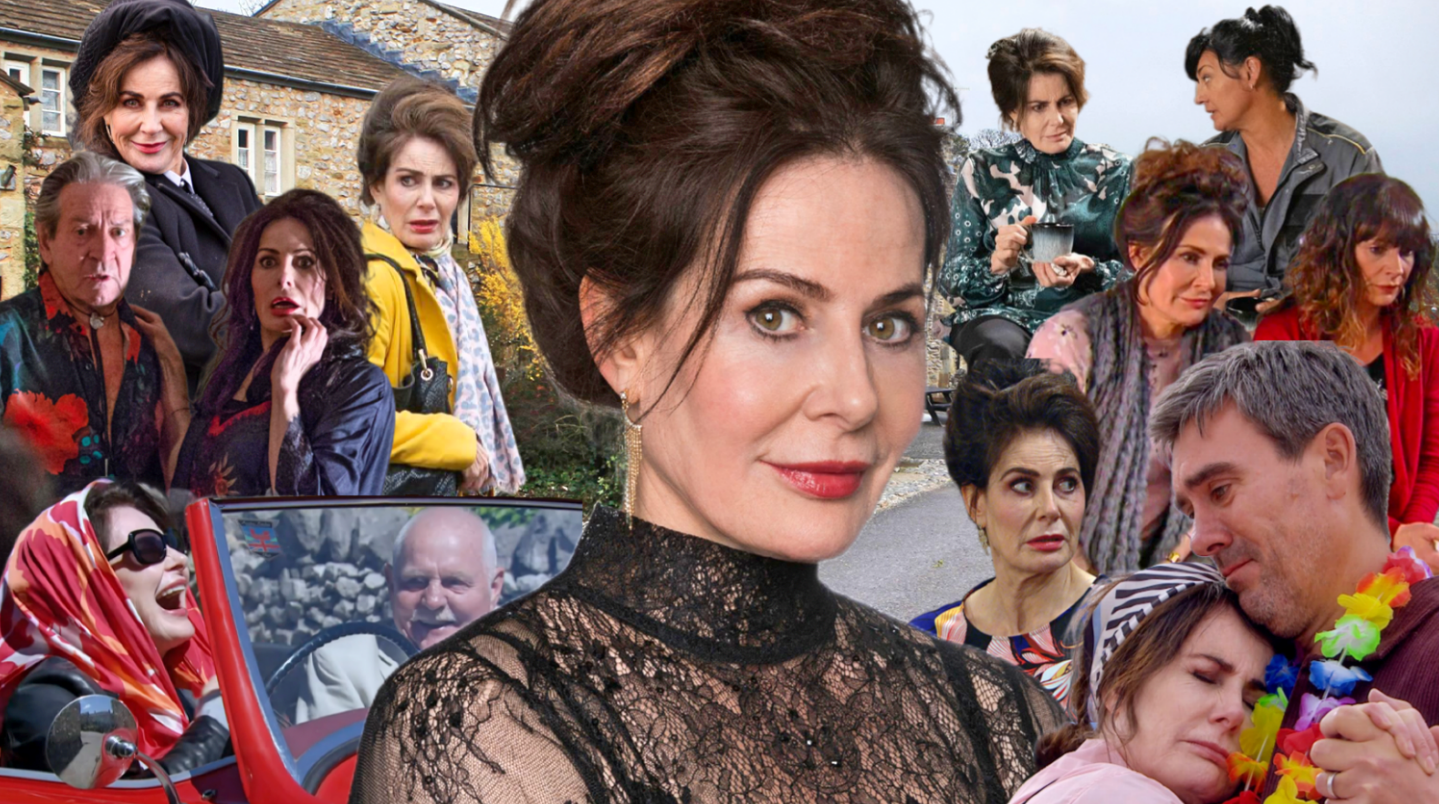 ‘I love a gay wedding in the morning!’

Right from the moment Faith Dingle burst into Emmerdale, I think we all knew that Sally Dexter was introducing an energetic legend into the mix.

From her antics at the (first) Robron wedding and her numerous scams and disguises, right down to her cheeky smirk when she admitted that she pushed Kim Tate (Claire King) from a balcony onto a tower of champagne flutes, Faith is the fun that a genre often steeped in misery needs.

It’s disingenuous to state that Faith was a replacement for the iconic Val Pollard, she is a unique character in her own right. But Emmerdale was suffering from the gaping hole that Val left and the two formidable women had many similarities.

So, after the appalling decision to have Val’s head chopped off by a shard of glass in a hall of mirrors (seriously, Emmerdale!?) we needed some outrageous fun, and over the top madcap behaviour.

What a tonic Faith Dingle turned out to be; something which has not been diluted throughout her time on the show.

So, it’s a hard blow for Emmerdale fans to lose her forever, in a powerful story that has seen her decide to take her own life while terminally ill.

The impact is huge; the subject matter is one that deserves representation and one that has been written well. And part of that effect has come from Sally’s emotive and nuanced performances; and the heaviness of losing such a key character.

Arguably the beating heart of the Dingle family, Faith quickly endeared herself to fans. The odds were against her; it was clear that she had a tempestuous relationship with her children Cain and Chas.

Right away, it seemed that Faith had an ulterior motive and was on the scrounge. To a certain degree, that was initially part of her character, one which has since been captured in more amusing and usually doomed scams.

To the audience, it was soon revealed that there was far more depth to Faith, despite a reputation that preceded her – she had previously been in Emmerdale a number of years ago, played by another actress, and caused chaos in the clan during her short stint.

Emmerdale has stayed loyal to that chaotic nature, but this time it has oozed heart. Faith’s consistent arc has been trying, and often failing, to win over her aggrieved children, who felt abandoned by her.

Where her outward persona was laughter, cheekiness to all, and being the centre of every shindig in the Woolie, this was an act of defiant self-protection.

Beneath this exterior was the damaged soul of a woman who wanted to be a part of a family. The mask slipped a few times, allowing Sally to explore meatier material beyond comedy capers.

When she was diagnosed with cancer the first time, one of Emmerdale’s most impactful moments saw Faith look at her body following a double mastectomy. This visual scene is something that a UK soap had not shown before; previous cancer storylines had referred to a person’s complex feelings following an operation, but had not shown it.

It was a scene that triggered heavy and positive discussion, and it was one which was carried out with no dialogue.

Sally’s subtle, physical performance in that moment showed the vulnerability of Faith, amid weeks either side of her hiding what was going on, and putting up her familiar boundary of jokes and quips.

It was through this storyline, and others to follow, that Faith became much more than a fun, ball of energy character who made us laugh.

We saw new sides to her but importantly, something which soaps can drop the ball with when they give hard hitting storylines to feisty and life loving characters, Faith didn’t lose the vibrant personality we had grown to love.

It was an engaging mix that would follow Faith’s journey through Emmerdale. Sometimes she would be getting drunk and embarrassing her loved ones, or she’d be stealing a funeral hearse and having a lot to explain.

Other times, she was in tears over her fear that she may never be forgiven by Chas or Cain, or she was being the rock that young Sarah needed when she was going through treatment, the one person who listened to the teenager’s fears that she would never have a normal childhood again, rather than dismissively telling her that she must have her operation and that’s that.

We have also had plenty of opportunities to delve into the past of Faith. It was important to get to the root of her fractured relationships with Cain and Chas.

An agonising flashback episode showed the abuse she suffered at the hands of Shadrach and her painful decision to leave her children behind. Not only did this go a long way to justify Cain’s anger to his mum, but it also gave a deeper understanding of Faith herself, and how her flawed decisions were usually rooted in love.

The word ‘icon’ is thrown around a lot in the soap world but, for me, Emmerdale without Faith is Emmerdale losing a little bit of its heart.

Sally wants to leave and unfortunately, it seems to be unethical to chain her to the Woolpack to stop her. So, ending her time on the show with such a storyline is the right way to go; a real gut- punchingly effective chance to delve once more into all of the facets that make Faith who she is.

Her steely determination to deal with this on her own and then take control of how her life ends is very true of the character.

Her drive to live her last weeks to the full with parties, outrageous schemes and throwing caution to the wind has been uplifting to watch, a way of splicing joy through tragedy.

And her tearful request for son Cain to share a dance with her, and him eventually conceding, encapsulated her entire life’s ambition, the ending to her bucket list – for her children to love and accept her.

Tonight’s scenes were a send off that will see shares in Kleenex soar; it’s an ending that will be remembered in a way similar to Ashley Thomas’ acclaimed final episodes, in which he succumbed to the illnesses triggered by Alzheimer’s.

But it’s not just the last few weeks that will make Faith memorable – it’s the fun and frivolity that is rare in soap.

Faith no more is a blow to Emmerdale fans; she will be a character that can never be replaced, and one who has a legacy of regularly leaving viewers with wide smiles on their faces.

She will be missed.