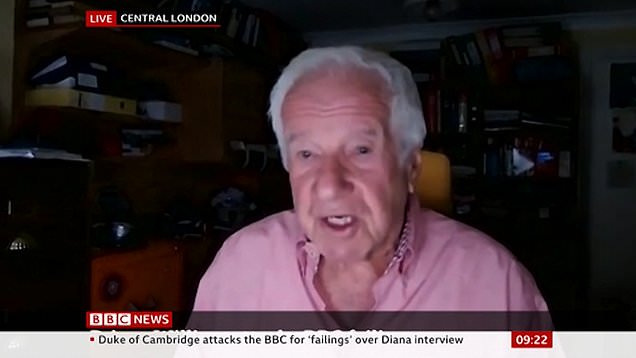 Former Panorama reporter Tom Mangold has claimed he was branded ‘jealous’ by bosses after raising concerns with Martin Bashir’s Princess Diana interview – and has not ruled out taking legal action.

Speaking with Victoria Derbyshire on BBC News Friday morning, the former reporter recalled his time with the broadcaster and claimed it was a ‘complete waste of time to make Martin Bashir the scoundrel of the century’.

It follows an inquiry into the famous interview which yesterday ruled Bashir did deceive the Princess of Wales by commissioning fake bank statements, with former director-general of the BBC Lord Tony Hall admitting he was wrong to give Bashir the benefit of the doubt’ and apologised that a previous BBC investigation ‘fell well short of what was required’.

It was found the corporation covered up ‘deceitful behaviour’ used by the journalist and also ‘fell short of high standards of integrity and transparency’.

Mangold said: ‘[Behind] every single reporter on Panorama is a producer and the producer is totally responsible for what the reporter did. There are at least eight firewalls between a rogue reporter and a director-general, who is the head of news and current affairs.

‘I reach the conclusion it is absolutely inconceivable that all the people in the editorial chain between Martin Bashir and the director-general [are] all twerps. They’re not twerps, I worked for every single one of them. 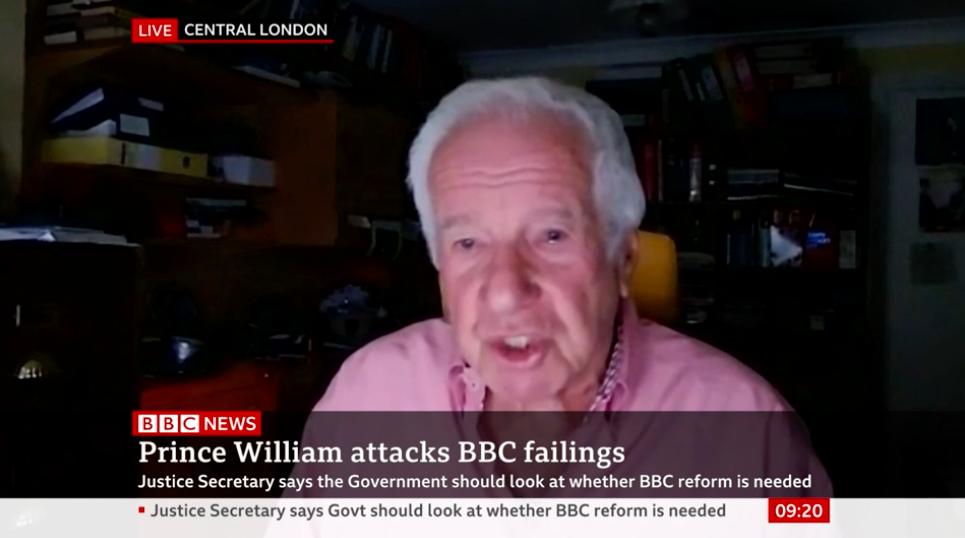 ‘They’ve got brains that will boil water – are you trying to tell me they were unable to uncover all the pathological lies of Martin Bashir?’

Mangold went on to suggest there as an agreement the BBC ‘could not admit what had happened’.

When Derbyshire replied ‘it would be good to see some hard, fast evidence’, Mangold said ‘it’s quite simple’.

Claiming the press officer was ‘instructed to lie’, Mangold alleged: ‘When three of us went to see [the editor of Panorama] and we warned him what we had heard happened and his response is “This is none of your effing business”.

‘After we had seen him, he said to his deputy editor, “there are the jealous colleagues who want to stop transmission of film”.

‘We left with targets on our back.’

‘I think the four of us involved – one was sacked on the spot, another one was told to get off Panorama immediately, a third one was warned heavily his career was in trouble, and I was eventually sacked on the spot by the next editor. 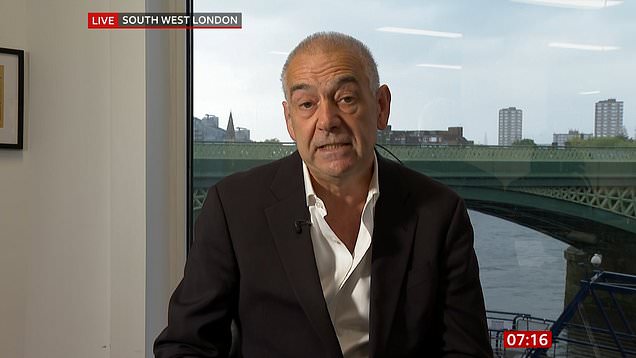 Speaking to Naga Munchetty on Friday morning, he said in late 1995 he was instructed by lawyers to take his grievances to senior management, but was swiftly ‘let go’.

Killick explained: ‘I was told we only want the loyal people on the programme – I had been on Panorama for 10 years – and I was effectively let go.’

He added: ‘I bought the documents to the attention of the BBC management as I was asked to do by a BBC lawyer, and was told within 24 hours of doing that that effectively I would no longer be part of the programme.’

Killick said: ‘That is what happened to whistleblowers at that time.’

He went on to criticise the BBC for its inadequate and ‘generic’ apology to whistleblowers and Diana’s sons, Prince William and Prince Harry.

The producer went on: ‘Let’s acknowledge that (BBC director-general) Tim Davie commissioned this report, and it was a brave thing to do – this didn’t happen on his watch.

‘The BBC has published a generic apology and written to the princes, as I understand it, apologising.

‘But actually let’s step back as well and remember many people, both on Princess Diana side of the line, and in the BBC, had their reputations destroyed by a smear campaign authorised by BBC senior management, and many of them lost their jobs.’

Adding ‘I’m not going sure that a generic apology in the form of a press statement by the BBC is anything like adequate,’ Munchetty asked what he would deem adequate.

Killick felt the broadcaster needed to make clear in ‘Tim Davies’ BBC truth can speak to power without fear of losing their jobs’.

He said: ‘I did what the BBC lawyers asked me to…and I was removed from Panorama within 24 hours. That’s not an acceptable thing to have happened.

‘I do think the BBC is not in a position to simply park it here and say we’ve done the job, there is a lot more that needs to be done before it can be put away.’

Accepting the ‘culture of fear is diminished’, Killick was then asked if he would be seeking compensation from the Beeb.

‘I haven’t decided on that at all,’ he said, ‘but I am talking with my lawyers about what an appropriate next step would be.’

Davie previously said in a statement: ‘While today’s BBC has significantly better processes and procedures, those that existed at the time should have prevented the interview being secured in this way. The BBC should have made greater effort to get to the bottom of what happened at the time and been more transparent about what it knew.

‘While the BBC cannot turn back the clock after a quarter of a century, we can make a full and unconditional apology. The BBC offers that today.’

Bashir yesterday apologised over the fake bank statements, but stressed he felt Diana would have taken part in the interview – in which she discussed troubles in her marriage to Prince Charles for the first time – regardless.