There are multiple times over the first three episodes of Season 2 of “Everything’s Gonna Be Okay” when Nicholas is talking to his mother and he puts her on mute to talk to someone else. The first time it’s played for a tiny grace note laugh, but by the time it happens again, it’s more a quick shorthand for a complicated intercontinental relationship.

In just a handful of beats, it tells any viewer that Nicholas (played by series writer and creator Josh Thomas) is the kind of person who can hold multiple conversations at a time (when he wants to), he’s often driven by impulse, and that — all the way from Australia — Penny (Vivienne Walshe) is looking to unburden her own anxieties just as much as Nicholas is avoiding having to take any on.

That’s the flavor of simple economical character work that “Everything’s Gonna Be Okay” thrives on. The show wrapped up airing its first season on the eve of lockdown with a finale set in a bustling, stress-inducing New York. Rather than try to disguise it as if nothing happened, Season 2 follows Nicholas, his sisters Matilda (Kayla Cromer) and Genevieve (Maeve Press), and his boyfriend Alex (Adam Faison) as they all live back in Southern California, waiting out the pandemic together.

The first season of “Everything’s Gonna Be Okay” was largely marked by the hurdles of these four acclimating to a new life together: with their father’s unexpected passing, Nicholas was tasked with being Matilda and Genevieve’s guardian while navigating a relatively new relationship. Some of those same adjustments still linger in Season 2, but come with that added pressure of being able to provide comfort, distraction, and consolation in their time as an isolated pod. 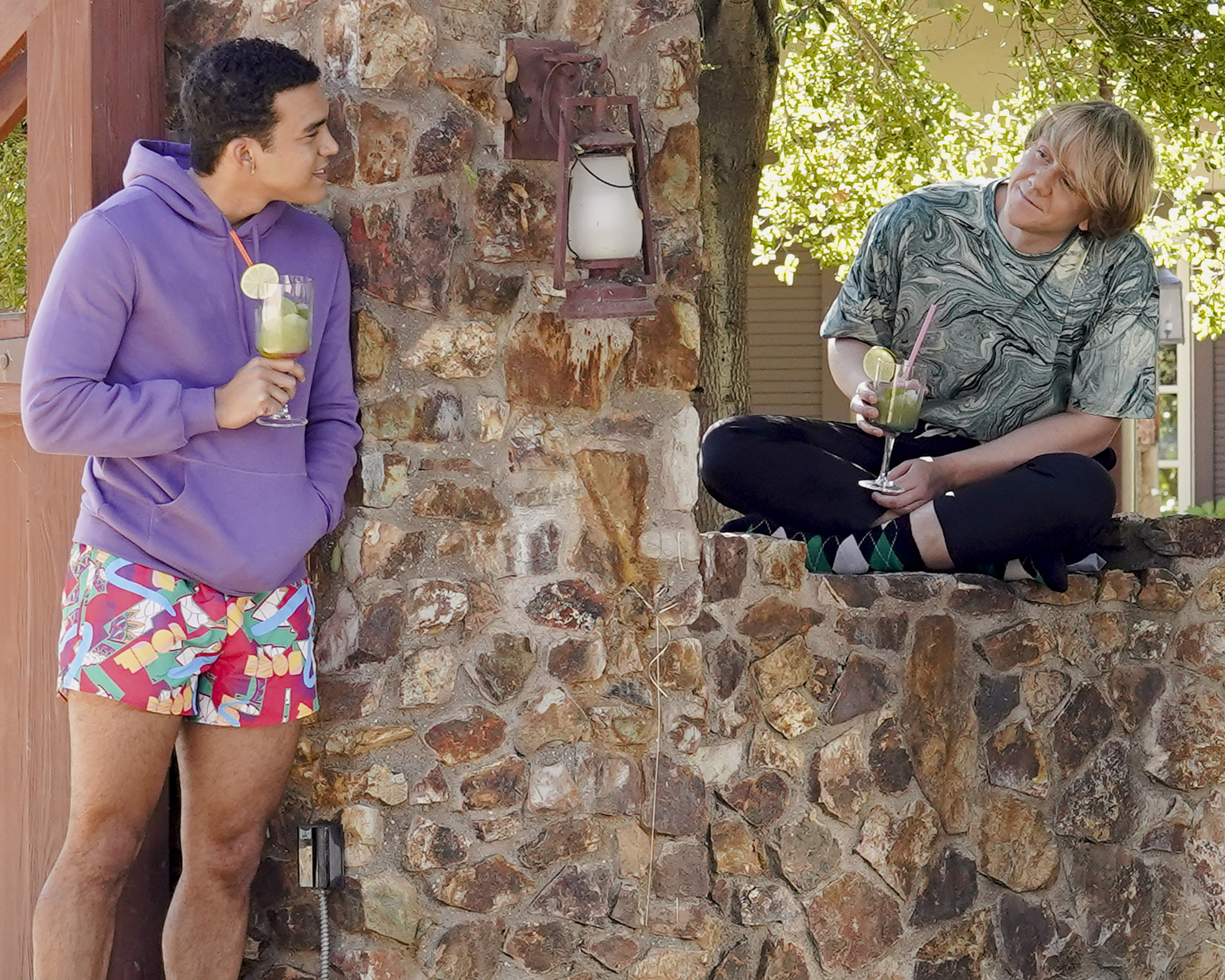 “Everything’s Gonna Be Okay” is one of the TV shows most equipped to handle a more restricted set and a pared-down scope. The added focus on the main group gives each of them their own tiny evolutions as they’re forced to confront what they don’t like about each other and themselves. As much as they each like to project the idea that everything really is fine, not having the distraction of school or a job or being able to go beyond the driveway only forces them to be more transparent about how being a good guardian or girlfriend or sister or son is harder than ever.

In the way this family dynamic evolved over the first batch of episodes, everyone contributes and benefits from it. There are stretches where one of them may seem standoffish or isolated. What makes this a family that has endured the hardships to this point in the story is that they’re all different enough people to offer what’s needed at any given moment. Sometimes it’s a frank, honest conversation. Other times it’s goofy self-deprecation. (It’s a credit to this show how much those can go hand-in-hand, too.)

Director Silas Howard, who worked on a number of the episodes in the opening season, finds plenty of ways to make their house feel like a distinct location wherever they happen to be, in and around it. Even if some characters may feel trapped by stay-at-home practices, Howard still manages to infuse these episodes with an energy that helps the story acknowledge those circumstances without feeling smothered by them.

That, in turn, allows those effortless switches between the show’s different emotional threads that Thomas and the show’s writers continue to spin. Nicholas and Alex can go from flirty and silly to Serious Talk and back again in an effortless, real way. Matilda can confront truths behind her own feelings while everyone else can have a lively, playful fight about privacy a few rooms over. The show also proves that “Ted Lasso” doesn’t have a monopoly on “recent shows that find humor and poignancy in standing around a fire and burning things.” 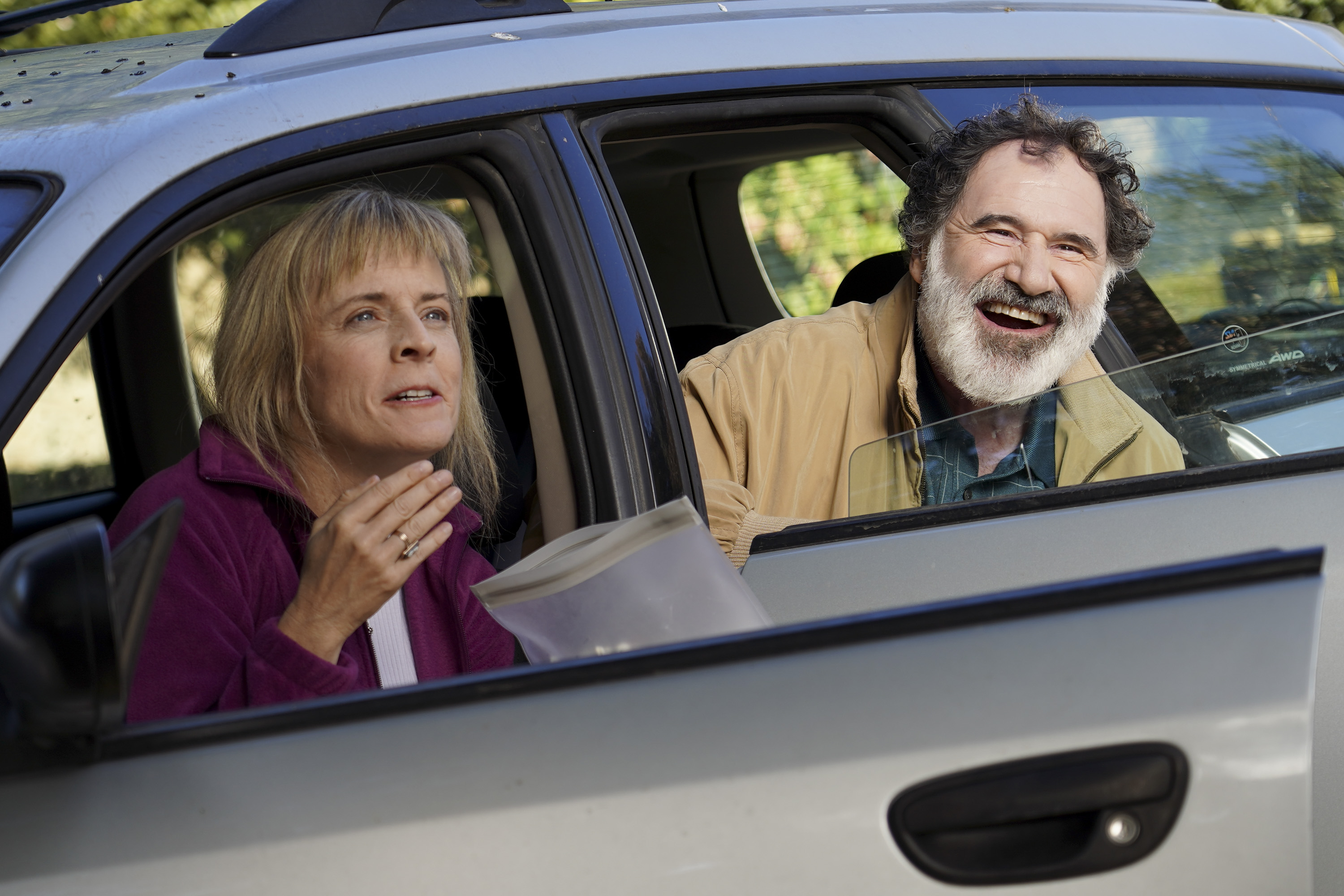 Even as the group is confined to the house, “Everything’s Gonna Be Okay” does find one other tremendous way to widen its reach. The two main guest cast additions of Maria Bamford and Richard Kind as the parents of Matilda’s girlfriend Drea (Lillian Carrier) are inspired additions. Not everyone in the household warms to these two new characters right away, but Bamford and Kind instantly latch on to the particular blend of unfiltered, goofy honesty that powers so much of the rest of the series.

“Everything’s Gonna Be Okay” is a perfect balancing act. There’s comfort without feeling too glib. There’s introspection without becoming too self-serious. There’s true affection without losing the tension that comes with being that close to someone. Though the show prior to this season was grappling with gargantuan, universal ideas of loss and family and grief and change, each small step toward clarity was done with surprising ease by everyone with a hand in this family’s evolving story.

In that same way, it places the show’s main quartet on relatively even footing. Through the early going of Season 2, you could make an argument for each of these four as being the main glue holding everyone else together. They vary wildly in their methods, yet each has become an essential part of what makes this group a unit worth following — even if it’s only to the kitchen and back.