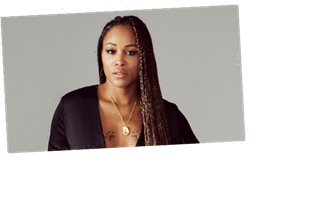 Eve has been tapped as a lead in Queens, ABC’s hourlong pilot from Zahir McGhee, Sabrina Wind and ABC Signature.

In Queens, written by McGhee, estranged and out-of-touch, four women in their 40s reunite for a chance to recapture their fame and regain the swagger they had as the Nasty Bitches – their ’90s group that made them legends in the hip-hop world.

Eve will play one of the women, Brianna. Twenty years ago, Brianna was Professor Sex — one fourth of the iconic 90s hip-hop group, the Nasty Bitches — rapping about money, sex and her all-around glamorous lifestyle. Today, Brianna is a proud wife and mother of five — in a stained sweatsuit who barely has a second to breathe. Not glamorous. But Brianna loves her life. The Nasty Bitches are a distant, distant memory. But when an opportunity arises for the group to reunite, Brianna will grapple with whether or not she still has the swagger and confidence that made her an icon decades ago…

Eve will record and perform songs as her character.

Eve is a Grammy, Daytime Emmy, BET, MTV Video Music Award winning and multi-platinum selling artist, served as the co-host of CBS The Talk for the past four years.

In October 2020, Eve launched her debut podcast, Constantly Evolving, with BBC Sound. It’ has been commissioned for a second season, coming late spring. Eve is repped by CAA and Massive Management.