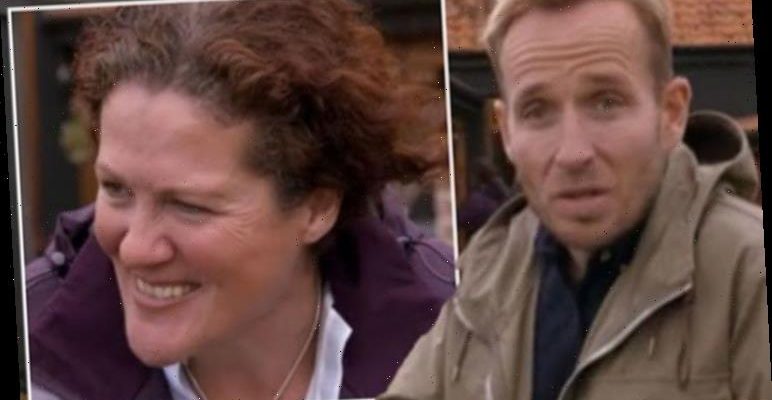 Escape to the Country: Buyer gets emotional over property

Jonnie, 47, was on hand to help Escape to the Country guests Steve and Jenny relocate to Norfolk and he had three properties to show them. The presenter explained to viewers of the BBC programme the East Anglian region offers good value for money when purchasing a house as a detached house usually goes for a price 12 percent below the national figure. However, he added a premium cost comes if the homeowners want to incorporate a view of the coast. For this reason, he had a challenge on his hand to find the husband and wife an ideal spot they could enjoy with their children and parents.

The couple told Jonnie they wanted to be within a half-hour drive of the coast and wanted a property that was detached.

With a maximum budget of £900,000, the pair also explained they ideally wanted four bedrooms, preferred for it not to be listed and wanted an annexe where Steve’s parents could live.

As the family also owned horses, the husband and wife stated they would also need three acres and wanted somewhere they could socialise with friends.

They did stipulate they would have been happy to convert an annexe if the main house was ready for them to move into.

With this in mind, Jonnie set about finding the perfect home and property number two seemed to be a hot contender. 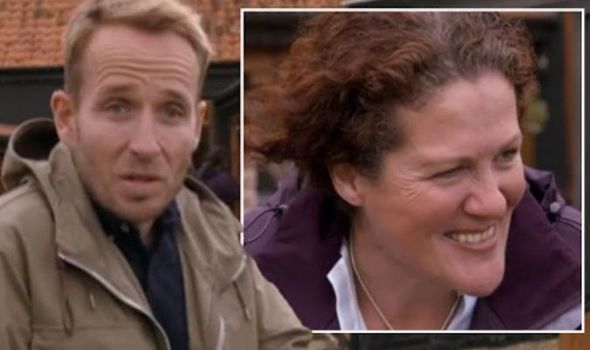 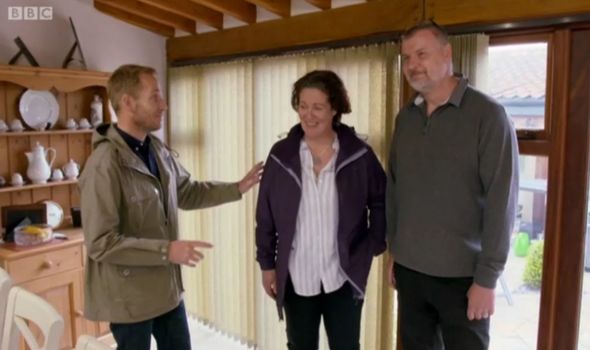 The establishment was compromised of the main house and then surrounded by a number of outbuildings and stables.

Jonnie explained the main property was originally a farmhouse that had been converted but still needed some work doing to it.

Claiming it was a very different set-up to the first house they viewed, the couple were blown away by the interior.

Going through to one of the outbuildings which could become an annexe, they said they would’ve preferred to live in there rather than Steve’s parents.

This wasn’t a million miles away from the concept the previous owners had as they built the extension for older relatives. 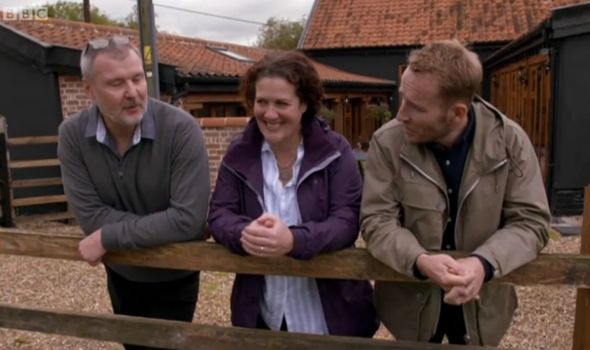 You’re welling up a bit

However, when the older relatives didn’t move in, the owners moved into the home they had created.

After viewing the entire interior, Jonnie noticed Jenny was getting emotional and said: “You’re welling up a bit, aren’t you?”

The guest said she was because the property was “so wonderful” but the presenter hadn’t finished there.

He proceeded to show the pair the outside space available to them which included five acres of land.

Seeing the beauty of the land, Jenny remarked: “I didn’t know you could render me speechless, [Jonnie].” 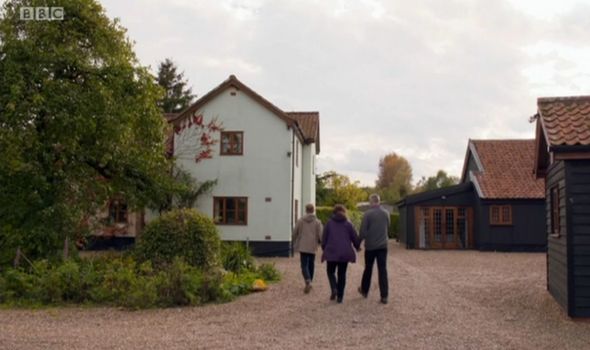 “It’s a hard thing to do,” she continued before the host explained there was some more good news on the horizon.

The presenter outlined the price the property was on the market for and it was well within the couple’s budget.

With an asking amount of £860,000, the husband and wife duo were impressed by how perfect the establishment was.

Seeing his job as complete, Jonnie joked to the camera he was going to “take the day off tomorrow” instead of showing them the mystery house.

Of course, the property expert proceeded to show the couple what was on offer with a grade-listed house.

This set the cat amongst the pigeons, however, as the couple were amazed at how wrong they were about a grade-listed property, thinking the ceilings would be too low.

They were impressed by how spacious it felt and when Jonnie asked them if they’d come to a decision, they told him they needed more time.

Property number one was on the market for £700,000 and it was a blank canvas as there was lots of room for the couple to make the property their own.

Although there was no annexe, there was a double garage which the pair were interested in converting for a little home project.

The presenter accepted this notion and wished the pair all the luck in the future with their search.

Escape to the Country airs weekdays at 3pm on BBC One.