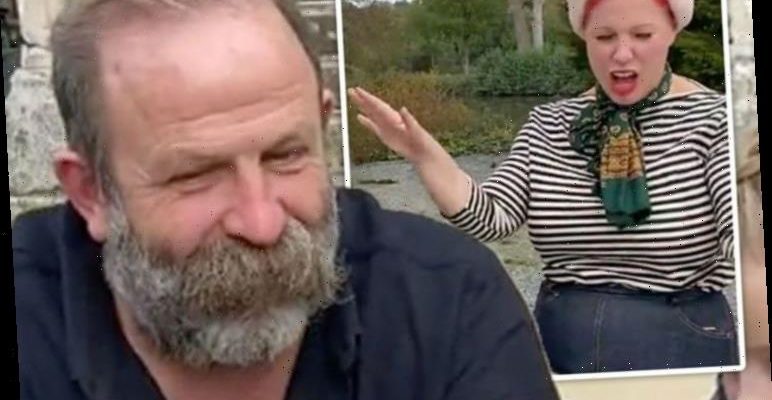 Escape to the Chateau: Dick jokes about 'naked dishwashing'

Dick, 61, and his wife Angel, 42, moved to France with their young children Arthur and Dorothy almost five years ago to begin a restoration project on a medieval castle. Escape to the Chateau viewers have seen the couple transform their new home from rags to riches on the Channel 4 programme and they have recently published a book about how they coped in the first year of their renovation. However, teasing their fans of what was included in the book, the mother-of-two had to warn her husband to stop talking about his undergarments – or lack of.

In a video published on the couple’s website, they are seen unpacking a box which contains one of the first editions of their book.

As Dick is seen opening up the parcel, he notices both his children are wearing t-shirts with the ACDC logo sprawled across the front.

Angel then joined in as she told her husband: “I’ve got it on my knickers,” to which the father-of-two explained he had gone “commando” so it “didn’t matter”.

With the conversation turning intimate in front of their children and fans, the Chateau owner warned her spouse not to reveal any more.

“Stop, stop! No more talking,” the mother-of-two declared, before turning the discussion back to the book. 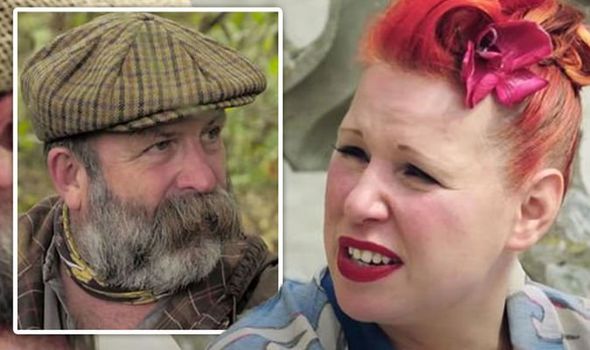 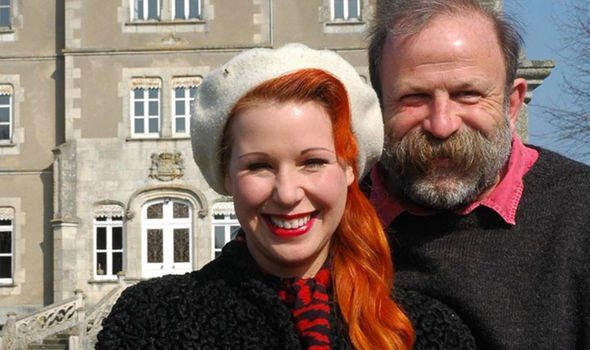 Since the book was published in October last year, thousands of avid readers have got their hands on the couple’s renovation secrets.

The couple detail how they found their new home infested with flies and bats after moving from their two-bedroom flat in Essex in the midst of winter.

“Together with the extraordinary list of renovations and restorations Dick and Angel completed, many of which were not shown on TV.” 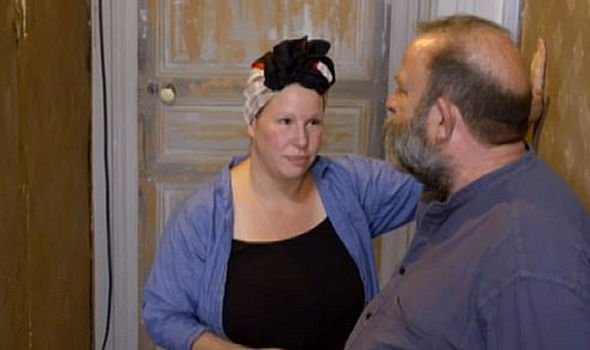 Escape to the Chateau’s Dick and Angel promote The Salon

“As warm and entertaining as their much-loved show, A Year at the Chateau is a truly irresistible story of adventure and heart, epic ambitions and a huge amount of hard graft,” the synopsis concludes.

Despite being warned not to share any intimate details, Dick has expressed his respect and commendation for his wife and women in general.

“We were brought up to stand when a woman entered a room and to open doors for them,” the father-of-two explains.

“I don’t think women are the weaker sex, but they are the fairer sex. Physically, of course, men and women are not equals, but strength is just as much about character.”

Dick said of his wife Angel: “Angela is an alpha lady. We were introduced in 2010 by our shared agent — she is an entrepreneur and designer — who saw we were both efficient and organised, so well suited.

“Now we work and live together in France at Chateau de la Motte Husson, which we bought five years ago for £280,000.

“Renovation was hard work, but Angela learned fast and always looks gorgeous,” he said in a column for the Daily Mail.

The Chateau owner explained how his wife managed to knock down a wall to make two rooms into one and was climbing the scaffolding to get the job done.

At the end of the day, Dick described what he and Angel get up to once they’ve put their children to bed for the night.

As well as looking at their laptops for one final time, the couple share a glass of wine and talk about their day.

However, the father-of-two admitted his role as an engineer has led him to find a “solution to everything, everything except women.”

Escape to the Chateau is available to stream on All 4.