Both ”Encanto“ and ”House of Gucci“ are beating projections while ”Ghostbusters: Afterlife“ posts a strong second weekend 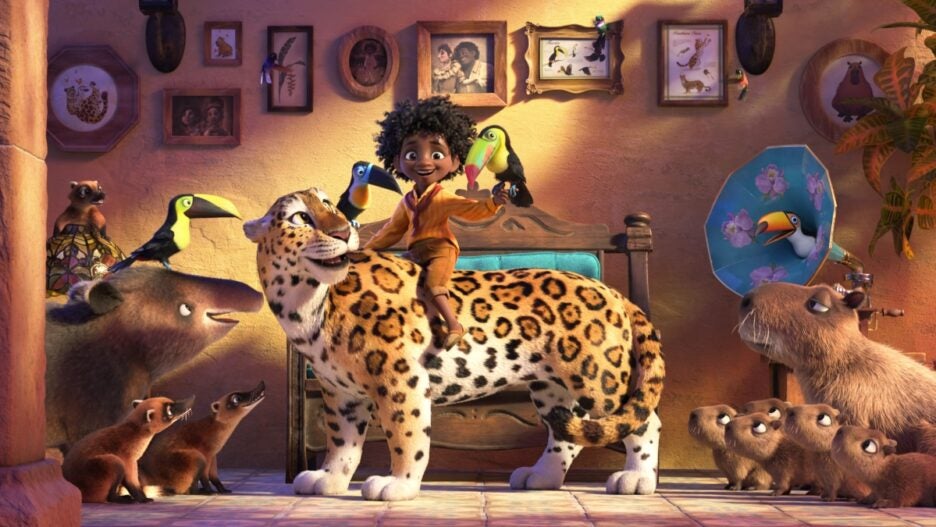 While this Thanksgiving weekend box office is running well behind the box office from pre-pandemic years, Disney’s “Encanto” and MGM’s “House of Gucci” are still performing better than other animated films and adult dramas that have come out in theaters this year.

That’s only slightly more than half of what “Moana” ($82 million) and “Ralph Breaks the Internet” ($84.7 million) opened to on Thanksgiving weekend; but what’s notable about “Encanto” is that it is the first major animated film this year to open exclusively in theaters in a year when so many have opened day-and-date on streaming or premium on-demand.

With a $120 million budget before marketing, “Encanto” will likely post only a modest theatrical profit before its Christmas release on Disney+, but it is providing some encouraging signs for theaters that families will come back if COVID-19 is suppressed.

In second is Sony’s “Ghostbusters: Afterlife,” which is performing very well with $9.7 million on Friday and an estimated $25 million Fri.-Sun. total this weekend. That’s just a 43% drop from the film’s $44 million opening and would give it a total of $88.5 million through two weekends against a $75 million budget.

Sony, which has made all its releases theatrically exclusive, is having a strong quarter at the box office, particularly domestically as “Venom: Let There Be Carnage” became the second film this year to cross $200 milllion. With “Ghostbusters: Afterlife” set to cross $100 million this coming weekend and possibly reach $150 million by the end of its run, the studio could also have the first $100 million launch of the year with Marvel Studios’ “Spider-Man: No Way Home” on December 17.

In third is MGM/Bron’s “House of Gucci,” which added $5.7 million on Friday and is projected for a $21 million 5-day opening, slightly above projections for a launch in the high teens. Its 3-day launch of $13.3 million is the highest for the struggling adult drama genre this year, topping the $8.8 million for the Aretha Franklin biopic “Respect” — also an MGM/Bron production — back in August.

Unfortunately, “Gucci” still has an uphill battle towards profitability with a reported $75 million price tag before marketing. While Lady Gaga’s presence in the lead role is helping boost the film this weekend, reception has only been somewhat positive with a 60% critics Rotten Tomatoes score and a B+ on CinemaScore.

Outside the top 5, Sony/Screen Gems’ “Resident Evil: Welcome to Raccoon City” took in $2 million on Friday and is now estimated for a 5-day opening of $9 million from 2,803 theaters, sixth among all films and reaching projections of an $8-10 million launch. The reboot of the horror film series has a production budget of $25 million and received a C+ from CinemaScore audiences to go with a 26% Rotten Tomatoes score.

Meanwhile, Warner Bros.’ “Dune” passed the $100 million domestic mark on Friday as it is projected to add $3 million in its sixth weekend in theaters for a $102 million total. The Denis Villeneuve film will get one more small boost from Imax when it returns to the premium format next weekend.