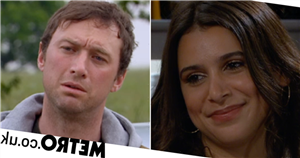 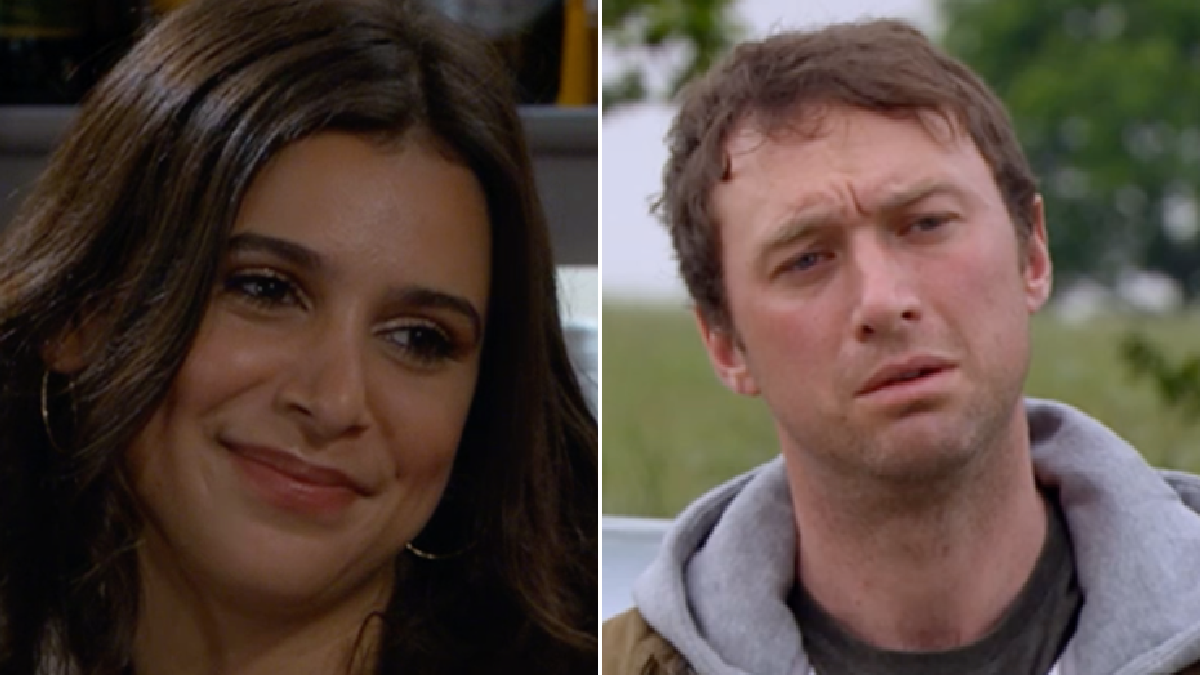 Emmerdale’s resident killer Meena Jutla (Paige Sandhu) descended to yet another new low, as she worked out where missing Liam Cavanagh (Jonny McPherson) is, but ultimately kept shtum.

Liam’s whereabouts became the subject of much mystery, after concerned wife Leyla (Roxy Shahidi) woke early to discover his bed had not been slept in.

She wasted little time in searching the village, but when that failed, she asked David Metcalfe (Matthew Wolfenden) and Bernice Blackstock (Samantha Giles) for assistance.

Meena, meanwhile, was evidently annoyed by boyfriend David’s willingness to assist in the search. It’s clear that she views the whole grieving process as an inconvenience.

Of course, she did her best to hide such a thing from those around her, and agreed to mind the shop while David headed out to help search for Liam.

Speaking of Liam, the village GP was seen heading to the crematorium in Leeds, where he sat by a plaque dedicated to dead wife Lara, who was Leanna’s (Mimi Slinger) mum.

He encountered Bear Wolf (Joshua Richards) on his travels, and Bear later returned to the eponymous village to fill Meena in on the whereabouts of the missing doctor.

Meena, however, decided to withhold such information from her concerned neighbours.

Why? Because she wanted to spend some alone time with David, and she knew full well that he would’ve been straight out the door to to retrieve Liam if she told him.

Next week, the killer goes to the crematorium and speaks to Liam herself, before bringing him back to the village, once again delighting in playing the hero.

‘Meena provides Liam with somebody to talk to,’ he said. ‘She ends up positioning herself to allow him to talk to her.

‘He finds a great deal of solace in Meena’s coldness about everything. It’s kind of a tonic after everyone else’s platitudes and apologies.’