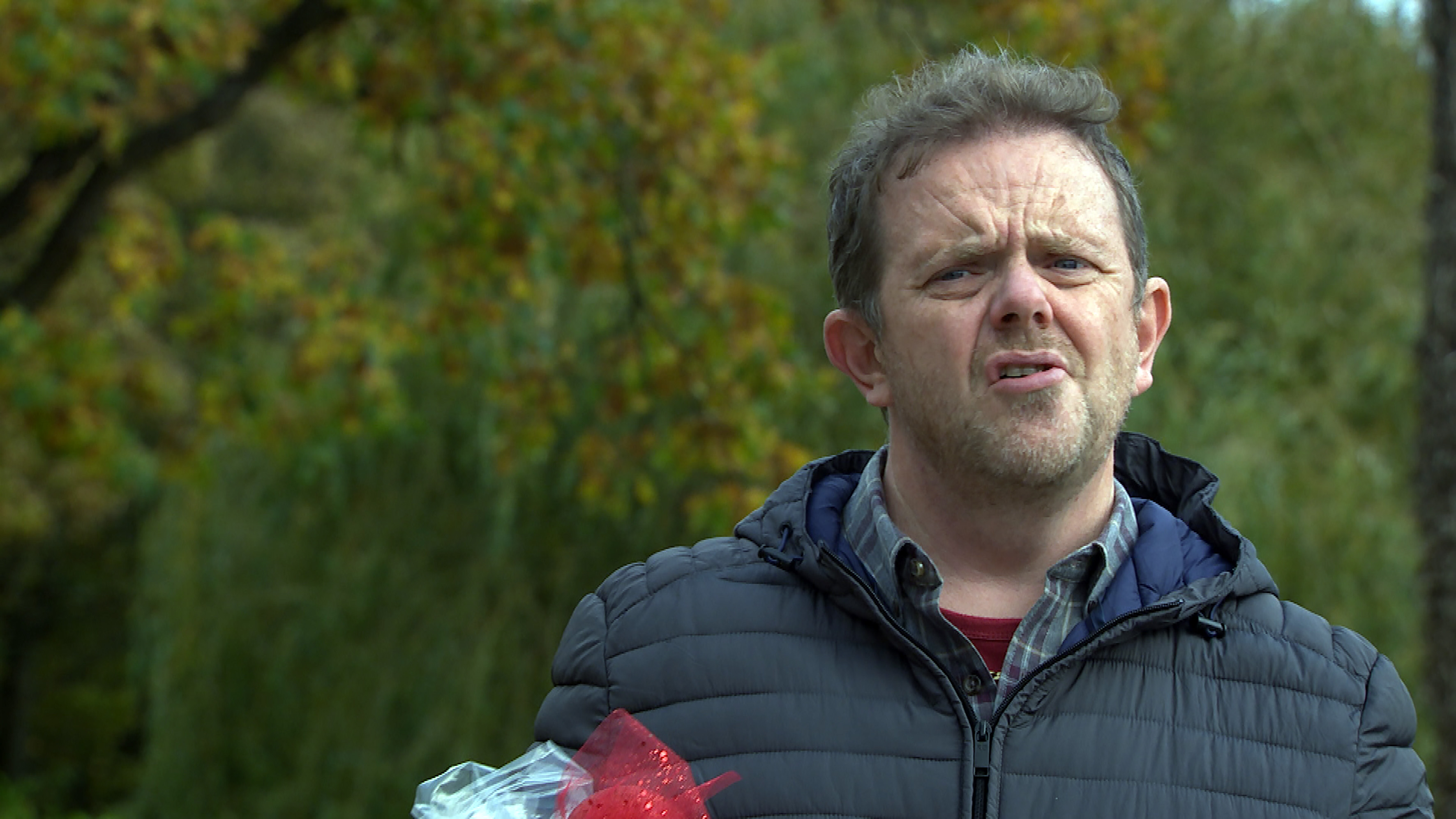 Emmerdale’s Liam Fox has revealed that he ‘missed out’ on storyline after testing positive for Covid-19.

The actor – who portrays Dan Spencer in the ITV soap – and wife Joanna
Hudson-Fox both caught Coronavirus in January.

Revealing that he hasn’t been in work since last year, Liam, 50, told OK! Magazine: ‘I missed out on a storyline, so I haven’t been
in work since November.

‘But in fairness I’m one of those characters that’s busy for short periods then used sparingly.’

‘I’m happy to fade into the background from time to time.’

The soap star – who tied the knot with co-star Joanna in February 2020 – also joked that married life has been a ‘nightmare’.

‘It’s been a nightmare,’ he said. ‘No, it’s been alright, aside from us
both getting the virus after Christmas.

‘Joanna added: ‘It’s like we’ve had the longest honeymoon ever! But
getting Covid was like: “Right, the honeymoon period really is over
now!”

Liam admitted that Joanna’s Covid symptoms were ‘worse’ than his.

‘JoJo was worse than me,’ he said. ‘I was meant to be in work and I had a
headache and sore throat, so I got a test.’

Liam was at the centre of a big Emmerdale story last year, which saw his character Dan Spencer suffer a horrific injury while at work.

The character was forced to take months off work as a result of his injury, and money was been tight as a result. With cashflow problems aplenty.

Liam said on the story: ‘It’s bit of a struggle, really. I mean he’s getting better, his back’s on its way, but he knows if he pushes too far he could really go back to square one.’