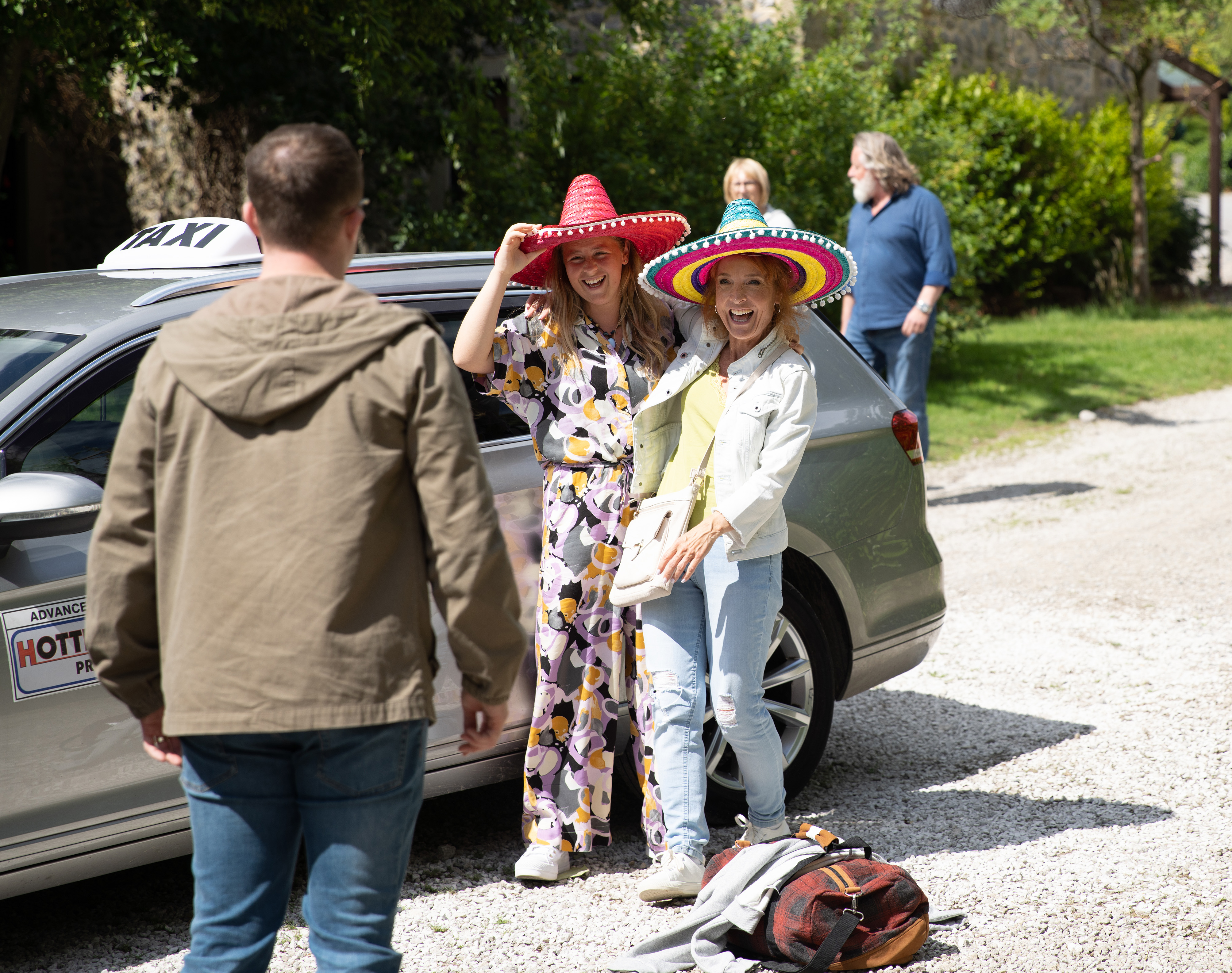 As evil Sandra (Joanne Mitchell) ramps up her plan to get her hands on Liv (Isobel Steele)’s money in Emmerdale, we talked to Isobel Steele about the complicated relationship between Sandra and Liv that leads Sandra to have such power over her daughter.

‘Sandra makes her feel like the only person who really knows her and has her back is Sandra because of the history they’ve had in the past,’ Isobel explains.

‘There is love there because Liv doesn’t really have family that has felt like they’ve been there from the start. Obviously her dad died, he killed himself, Aaron (Danny Miller) is a half brother that never really was in her life as a child.

‘So her mum, despite being an awful situation and relationship, she is the only person that’s been there since Liv’s been born. There’s always going to be that connection and Liv will always take her side because of that.’

As Sandra manipulates Liv into deciding to sell her house and leave the village, Isobel says that Liv isn’t thinking clearly.

‘It’s frustrating because she’s obviously built these foundation blocks with family and settled into the village,’ she says. ‘She’s got people who genuinely love and look out for her. But its like she isn’t quite seeing that those people have her back, and it’s sort of been swept away by all of this.’

Isobel says this is, ‘So frustrating and out of character for Liv to be so blind, but that comes with it being her mum, the one person she can’t really see through. You can tell how Sandra has managed to manipulate it to make Liv feel claustrophobic in her relationship and like no one has her back,’ she adds.

‘The confusion Sandra has created, the doubt she’s planted in Liv with so many things, her relationship with Gabby (Rosie Bentham), Aaron, Vinny (Bradley Johnson), Mandy (Lisa Riley), she’s ostracised them and made Liv feel very alone.

‘Sandra very subtly puts a little bit of doubt in every sentence and makes Liv feel less of a person. that definitely takes its toll.’