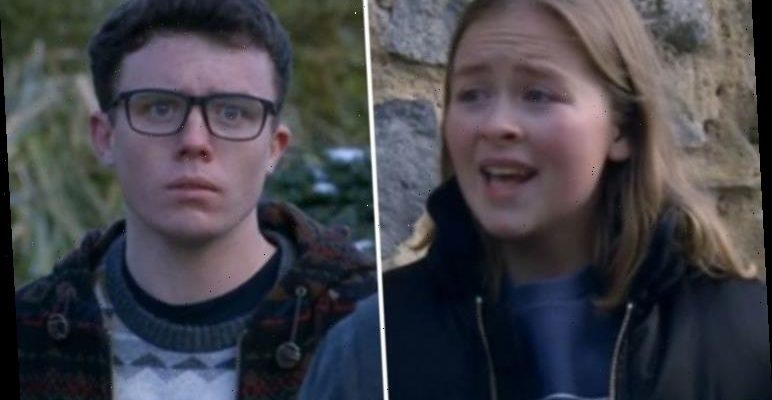 Vinny (played by Bradley Johnson) has been abused by his father Paul Ashdale (Reece Dinsdale) for months, with each beating being worse than the last. With the Emmerdale villain marrying Mandy Dingle (Lisa Riley) later this week, he has become crueller than ever as he takes his anger out on his son. With a disaster set to implode on the ITV soap in upcoming scenes and the life of at least one villager lost as a result, Liv (Isobel Steele) dropped the biggest hint to date it could be Vinny.

Tuesday’s episode began with Liv and Paul confronting one another as the villain believed the former knew too much about his dark secrets.

This then led Vinny to become verbally aggressive towards his ex-girlfriend as his father pulled at his strings.

Knowing this wasn’t like the youngster to behave in this manner, Liv confided in her brother Aaron Dingle (Danny Miller) about her concerns.

“Have you not wondered why Vinny has been beaten up so many times by random people for nothing?” she asked her older sibling.

“He wouldn’t hurt a fly, would he? Why is he always hurt or injured? Why does he always have an excuse or why did he move in here overnight?” the teenager continued. 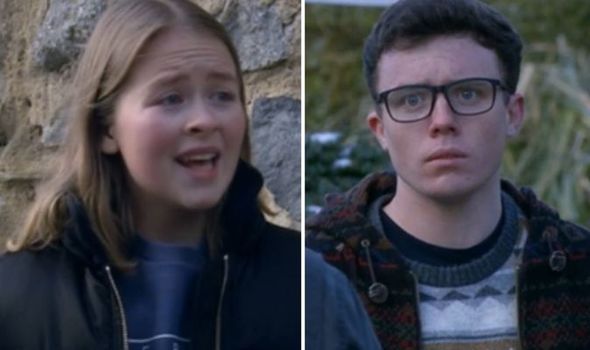 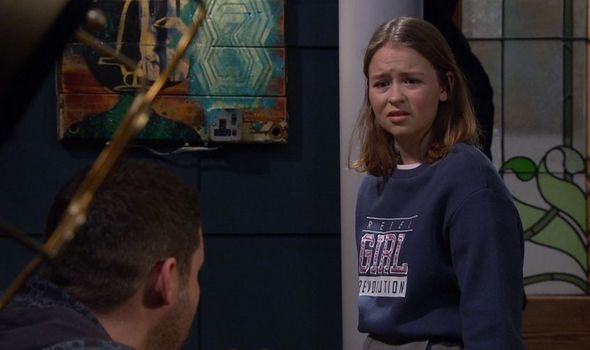 “I should’ve figured it out ages ago. He’s messed up, Aaron, he’s scared,” Liv declared before revealing the scale of Paul’s abuse.

The youngster explained how the villain was the one who put her ex-boyfriend in hospital and left him fighting for his life.

Needing evidence, Liv took her older brother to witness Paul being verbally abusive to his son but Aaron wanted to hear Vinny say what was happening to him.

“If we go start accusing Paul without any real proof then he will talk his way out of it and take it out on Vinny,” the Dingle man said. 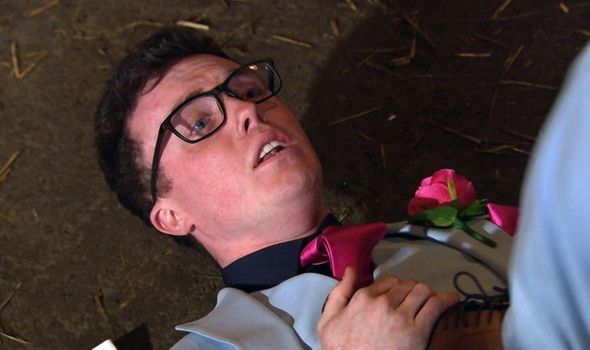 “We’ll make it worse,” he continued, to which Liv replied: “Vinny’s not going to admit anything. Have you seen how scared he is?”

“Yeah, I get that. I know how hard it is to get to the truth,” Aaron told his sister, referencing his own abuse at the hands of his father.

“We don’t have time to help him figure it out,” his younger sibling added, expressing dire concern for her ex-boyfriend’s wellbeing.

Asked if Mandy knew about the abuse, Liv explained Vinny would do anything to ensure she was happy “at whatever cost to him”.

DON’T MISS…
Charley Webb admits to keeping an eye on her son due to changes [COMMENT]
Emmerdale’s Adam Thomas ‘shaken up’ after being ‘attacked’ by thief [COMMENT]
Charley Webb issues plea over son’s behaviour ‘What do I do?’ [COMMENT]

“How’s he going to tell her? The wedding is tomorrow and he’s in denial thinking it’s going to fix everything and they can be this happy family they never were,” Liv added.

Knowing the clock was ticking for them to expose Paul, the teenager said: “We need to make Vinny see.

“And it might break Mandy’s heart but if he doesn’t tell her and stop that wedding, the next time Paul puts him in hospital, he might not come out.”

With this chilling clue ringing in Aaron’s ears, it seems Liv has critically revealed that Vinny could be the victim of the untimely disaster.

Spoilers have explained Paul will assault his son on the wedding day in one of the worst beatings the youngster has received to date.

This hints the teenager will end up in hospital regardless of what other catastrophe unfolds in the village.

As Liv stated, the next time Vinny ends up being cared for in hospital could be his very last and with the likelihood high this is where he will end up, could it be curtains for the beloved character?

If he does, this will mean Paul is a killer and several other villagers could be in danger of falling victim to his abusive ways.

If you or anyone you know has been affected by this storyline, ITV have a wide range of information and support regarding domestic and child abuse. See the full list of helplines and charities here.