Victoria (played by Isobel Hodgins) has already left brother Robert Sugden (Ryan Hawley) devastated by her decision to leave Emmerdale to escape from the father of her child’s prying eyes, as Lee (Kris Mochrie) has made it clear he wanted to be a part of their baby’s life.

Since her ordeal, Victoria has become somewhat distant from those around her on the ITV soap, including her best friend Matty (Ash Palmisciano).

The expectant mother has so far failed to tell Matty she is leaving the village for a new life in Cornwall and next week’s scenes will see the Woolpack barman reeling from his shocking discovery.

Matty will learn the news in the aftermath of trying to make new friends with some of the men he has been playing football with.

During one of the matches, Matty is barged by one of the opposing team members and it witnessing the altercation, brother Pete Barton (Anthony Quinlan) is left fuming and almost reveals his sibling is transgender.

Matty isn’t too happy with Pete’s input but is left gleaming when the player in question asks the barman to join him and his friend for a drink.

However, it becomes clear the opposing team members are’t as genuine as they’re making out to Matty they are as the begin to peer pressure the young Barton man, leaving Pete anxious about their intentions towards his brother.

As Matty believes he’s found a new set of friends, Amy Wyatt (Natalie Ann Jamieson) drops a bombshell on the young man his best friend Victoria is leaving the village.

The budding footballer is devastated by the news having been kept in the dark and lashes out at the expectant mother before leaving Victoria to go and spend time with his new friends.

Victoria and Matty cross paths once again the next day and the Woolpack chef tries to make amends with her best friend, only for him to reject her forgiveness. 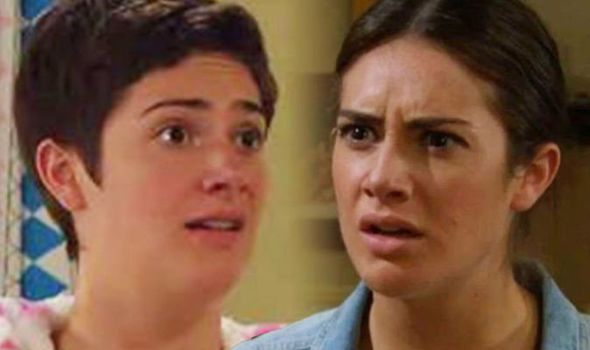 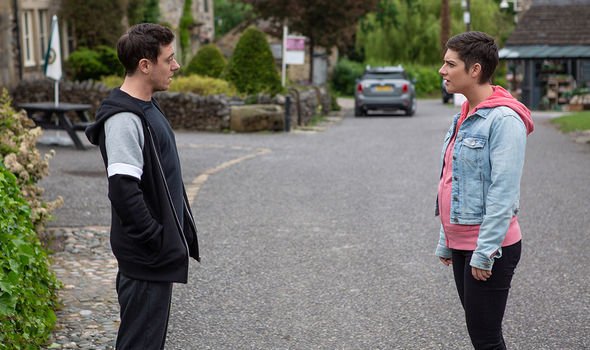 He goes on a bit of a mission

The expectant mother is left reeling from her betrayal towards Matty, but Victoria’s friend is dealt another blow when he discovers what his new friends have been saying about him behind his back.

Instead of rejecting them, Matty’s desperation for their approval reaches new levels, but will Victoria be able to heal the wounds of her betrayal as her best friend gets swooped up by the footballers?

Or is this the end of Victoria’s long-time companionship with Matty for good?

Victoria’s betrayal is leading the way for a new storyline set to play out on the soap in the coming weeks as Matty becomes embroiled by toxic-masculinity.

Speaking of the new plot, actor Ash Palmisciano explained: ”Basically, Matty is still trying to settle in to the village.” 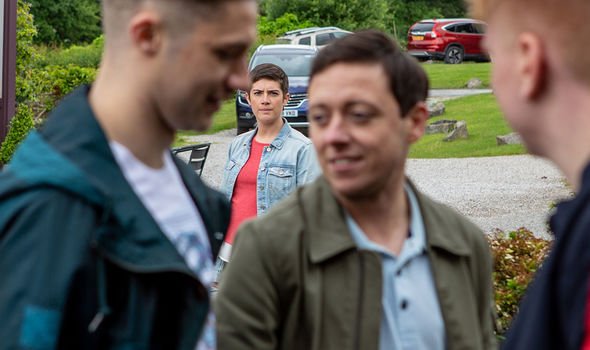 The star continued: “What happens is that as he’s playing football, he’s picked last a lot of the time, he’s left out by the other lads, and then he learns that Victoria is leaving for Cornwall and he’s pretty upset about it.

“So he just feels not good enough, basically. And he meets some lads who are playing in a team against him, called Steve and Jonno, and they’re pretty bad boys really.

“It taps into the whole toxic masculinity thing.

“It’s definitely a side to him that we haven’t seen before,” the star teased but Matty fails to accept Victoria’s forgiveness, will he find himself way in over his head?