Emmerdale viewers finally found out the identity of the mysterious Jenny Finn this week as Lydia Hart (played by Karen Blick) took herself to the police station and confessed.

Tonight, scenes showed Lydia being harassed by a local journalist, wanting to report her story.

Flustered and completely shaken by the intrusion, Lydia flew off the handle and panicked and in the final few minutes of the episode, sat Sam Dingle (James Horton) down and told him she was leaving the village.

But what if she isn’t the only one to exit?

“Where is everyone?” Lydia asked after tentatively coming down the stairs.

Sam replied: “My dad’s gone poaching, Belle’s (Eden-Taylor Draper) in town. I think they’re trying to give us some space.”

“They shouldn’t be feeling like they can’t come home to their own house,” Lyida remarked. “It’s me that needs to go.”

Sitting opposite Sam at the kitchen table in Wishing Well cottage, she explained to Sam: “I’ve got to go.

“I’m not asking you to come with me. I’ve been doing a lot of thinking and it’s the only way.”

Shocked, Sam exclaimed: “No it isn’t! You need to stay here, we can fix this.” 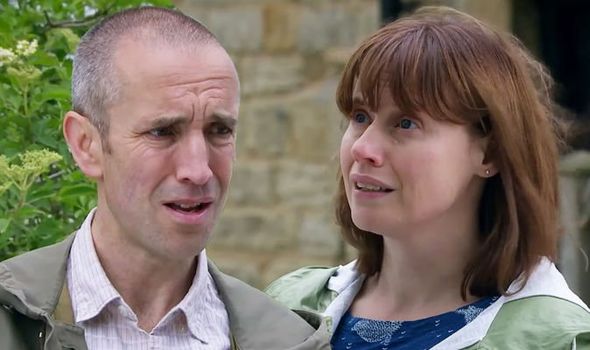 “I’m not dragging you through this. I can’t do it to you Sam. This is my shame, my disgrace. I’ve got to face it alone,” the Home Farm housekeeper stated.

However, the soap instalment ended before Sam had the chance to reply, does this mean he too could leave with Lydia and give her some support?

His son Samson is currently away on a school trip in France, and Belle is old enough to look after herself, therefore it is viable for the gamekeeper to temporarily leave with Lydia and help her deal with her past.

Elsewhere in the village, it was revealed who told the press about the Dingle’s location of residence.

In an alternative scene, Dawn Taylor (Olivia Bromley) met up with the reporter and was given a wad of cash for helping her out.

However, behind the exchange, Ryan Stocks (James Moore) had just pulled up in his car and witnessed the passing of something between hands. 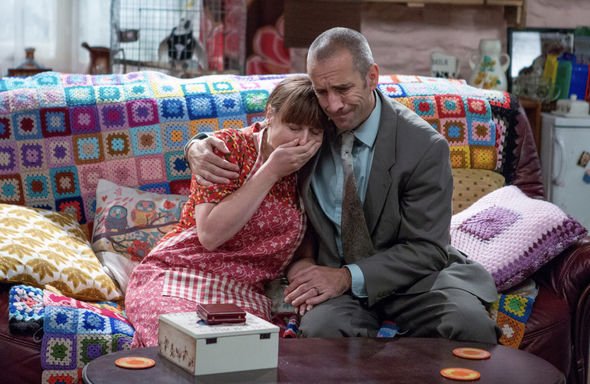 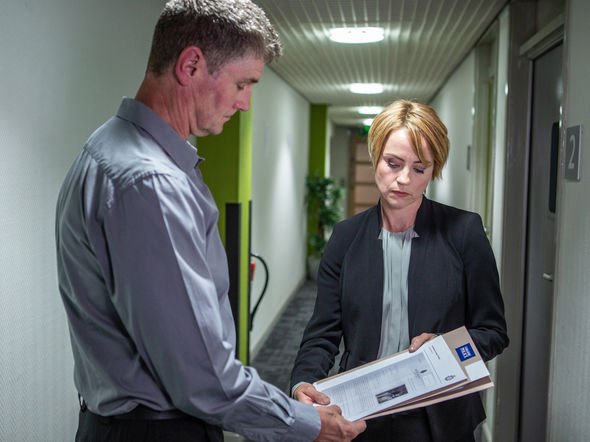 Will he accuse his friend of dealing drugs again?

It comes after Cain Dingle (Jeff Hordley) asked Nate Robinson (Jurell Carter) to come back to Barton farm and help with the harvest.

Having tormented and teased Moira Barton (Natalie J. Robb), the pair locked horns, but tonight Cain asked him to return.

Now back in close proximity to Moira, is this the start of the affair between herself and Nate?