Emmerdale viewers have seen Jamie Tate (played by Alexander Lincoln) left in turmoil in recent weeks after his wife Andrea Tate (Anna Nightingale) began to blackmail him after discovering his responsibility for Moira Barton’s (Natalie J Robb) stint in hospital. Now, as he desperately tries to work out how to move forward with the help of his lover Belle Dingle (Eden Taylor Draper), will he be in for some surprising news leading to him going down a dark path and seeking revenge on his mum Kim (Claire King)?

Jamie has had a very difficult time of it lately after his marriage to Andrea completely broke down.

The vet gradually formed a secret romance with Belle but this was all jeopardised when Andrea realised what was going on.

With Jamie now also having to deal with the reality of Andrea blackmailing him over his recent hit-and-run, could something else tip him over the edge?

It’s been suggested Jamie could be in for a huge shock if his mother Kim reveals his father was not who he has always believed him to be. 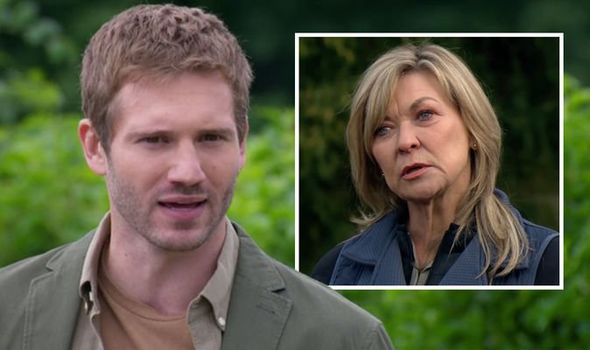 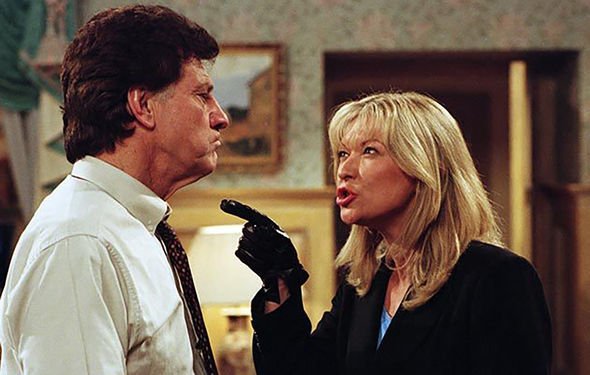 But will he feel forced to leave for good if his scheming mum Kim reveals the truth about a long-running uncertainty?

Fans of the ITV soap have always believed Jamie’s father to be Frank (Norman Bowler), with this never under scrutiny until recently, after Kim’s affair with Dave Glover (Ian Kelsey) was brought back into the spotlight to fans.

However, with Jamie reacting in the way he has been to recent events, some followers of the show are convinced his parentage is in question.

Fans on Twitter are continuing to suspect there could be a new bombshell on the way amid Jamie’s current dramatic situation. 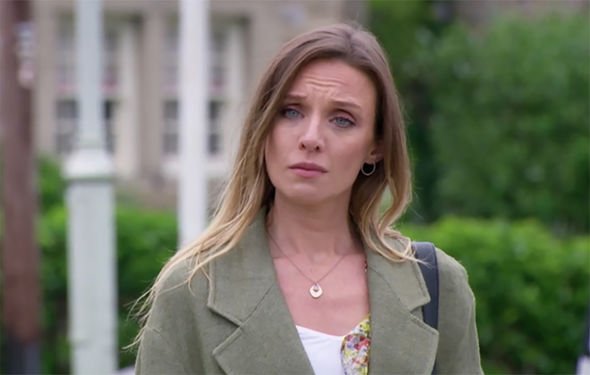 But if Kim does end up revealing Dave about his late-father, could Jamie look for revenge for his mother as he steps things up a gear?

One wrote: “Finally, he shows a backbone! I’ve been starting to wonder if he’s really Kim’s son or not. #Emmerdale.”

“He doesn’t feel like Frank and Kim’s son he definitely shows glimpses but apparently they are going to do a storyline where he’s revealed to be Dave Glover’s son.

“He reminds me more of him than a ruthless Tate like Joe Kim Chris and Frank,” added another viewer.

Or, could Jamie be the child of someone completely unrelated to the two men, who viewers never saw on-screen before?

Kim has an incredibly sketchy past and it’s not unlikely there are some truths yet to come out regarding Jamie’s past.

How will Jamie react if he discovers his whole life up until now has been a lie?

Actress Claire who plays the popular soap villain also thinks there’s some truth in the idea of Jamie not being Frank’s biological son.

Speaking of her character, Claire said: “I think she still believes that it was possibly Dave’s baby.

“Frank went to get a test done but he had to bribe them so there’s still that grey area although Jamie thinks Frank’s his father and Kim’s let that ride.

It’s been hinted there could be a more sinister side to come from Jamie in the weeks to come as his storyline progresses.

Last week, Jamie issued a dark threat to his estranged wife, telling her he wanted to “smash her face in” when a confrontation between the pair became heated.

But could this be just the start of Jamie’s downward spiral if he receives some earth-shattering news?

Emmerdale airs Mondays, Wednesdays and Fridays at 7pm on ITV.