Faith (played by Sally Dexter) and Eric (Chris Chittell) have been enjoying each other’s company on Emmerdale, despite the harrowing dramas involving their families.

However, since newcomer and Paddy Kirk’s (Dominic Brunt) father Bear Wolf (Joshua Richards) arrived on the ITV soap earlier this year, the couple have been on thin ice.

It seems it may be all too much for Eric next week as Bear continues to pursue his partner, leaving the village stalwart to make a rash decision.

The drama begins when Eric spots Faith and Bear getting very close during the midst of a private discussion, with jealousy taking over and him believing something more is going on.

Eric decides to confront his love rival when Bear organises a wrestling display for his biological son’s birthday.

In a true love triangle battle, Eric takes to the ring to try and prove he is the man Faith wants to be with, not Bear.

However, Faith quickly halts the fight, which leaves Eric feeling worthless as he exits the ring and storms off.

Devastated, Faith believes she has lost Eric for good, which is later proven to be correct when the stalwart leaves the Dingle matriarch’s belongings in black bags outside their home.

Not one to let things go without a fight being a Dingle through and through, Faith will decide it’s her time to fight for the man she wants.

Glamming herself up, Faith waltzes into The Woolpack, ready to display a very public display of affection to prove to Eric she wants to be with him. 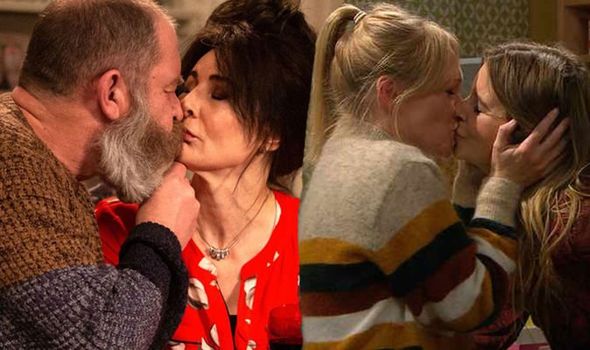 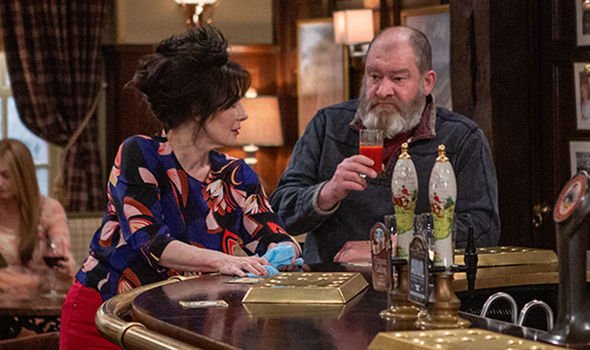 Performing a seductive routine, Faith approaches Eric, but will he whisk her in his arms or is their romance well and truly over?

Viewers will have to wait and see what lies in store for the popular couple, but things looked bleak for Emmerdale headmistress Jessie Dingle (Sandra Marvin) following last night’s explosive episode.

Jessie and her husband Marlon Dingle (Mark Charnock) found themselves in a terrifying situation when villain Max (Jordan Reece) made his return to the village.

Max was determined to seek revenge on Jessie’s son Billy Fletcher (Jay Kontzle) after the villager tried to set up his nemesis for an armed robbery.

Wanting to show Billy he wasn’t someone to be double crossed, Max held Jessie’s family hostage at gun point. 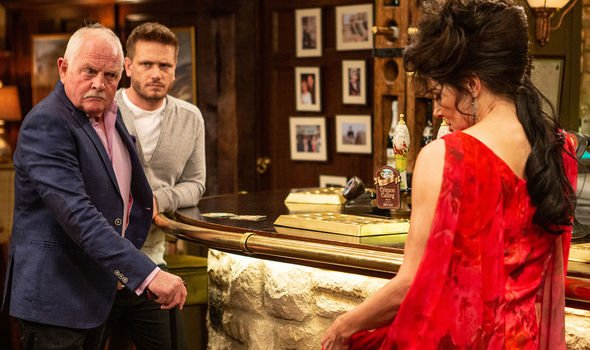 Why was Jessie even home?

The altercation ended with Jessie being shot by Max, with her life hanging in the balance at the end of the episode as the paramedics arrived to treat her.

Viewers watching at home were a little perplexed by Jessie being at the family home during the day however, believing she should’ve been at school.

One fan wrote on Twitter: “Why was Jessie even home? I thought she was a head mistress in a school? #Emmerdale.”

Another added: “Was Jessie on a teacher training day or something? #Emmerdale,” but whatever the circumstances, the villager will be back on her feet next week.

Spoilers for upcoming episodes will see Jessie make an unsettling discovery when she discovers the remains of a child on the school site.