Amy Wyatt (played by Natalie Ann Jamieson) is considering contesting the custody arrangement for her son Kyle but Nate’s (Jurell Carter) seemingly healthy advice could have a more sinister motive.

Sparks flew between Nate and Moira Barton (Natalie J Robb) recently, while Cain Dingle (Jeff Hordley) was away in Scotland, which ultimately led to Moira sacking the farmhand in tonight’s episode.

Not wanting to tell Cain the real reason for letting him go, Moira lied and told him Nate had walked out causing Cain to confront Nate in The Woolpack.

During the altercation Nate let slip the real reason behind Cain’s business in Scotland leading to the rest of the Dingle clan hitting out at Cain.

As Nate and Amy prepared to leave the pub the scorned farmhand couldn’t resist one last snipe at Cain.

“Nice to see someone’s telling the truth for once, makes a change, that’s all I’m saying,” he quipped to which Cain warned: “This is a private family conversation so keep your nose out.”

“Seriously, you’re threatening me?” Nate hit back before Amy pleaded: “Nate, please let’s not do this again.”

“Why don’t you listen to your girlfriend, she’s learnt to stay on my good side,” Cain sniped.

Taken aback, Amy asked: “Meaning?” to which Cain said: “Nothing, you just know how difficult I can make things, that’s all.”

Later on, an upset Amy explains Cain’s comment was connected to the child she shares with him after falling pregnant as a teenager. 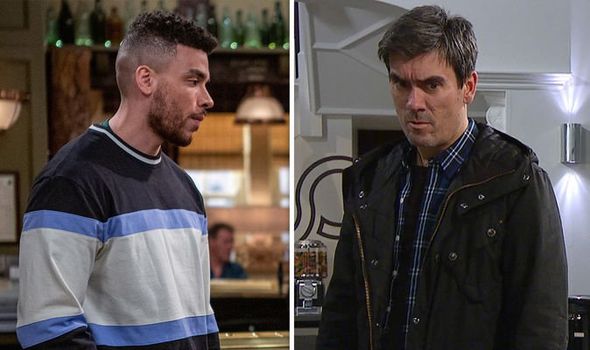 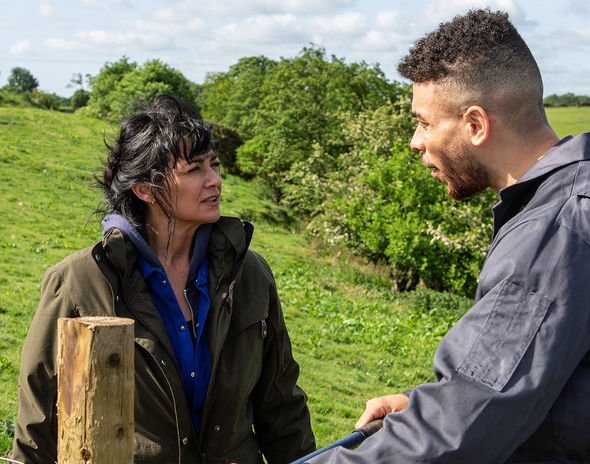 “Where does he get the nerve that’s what I want to know, you realise he was talking about Kyle right? That’s what he meant by making things difficult,” she explained.

Nate then comforted Amy and suggested she should have the legal right to see her son without Cain’s permission.

However Amy remarks: “Are you serious? I gave Kyle up for adoption, I tried to make a run for it with him and then I was out of his life for years.”

“You were a kid, you got pregnant, that family, the ones who adopted him, they’re all gone, why does Cain have more of a say than you, doesn’t make sense,” Nate replied.

Nate’s words seem to have an impact and later on in tonight’s episode she reveals she wants to contest Kyle’s current custody agreement. 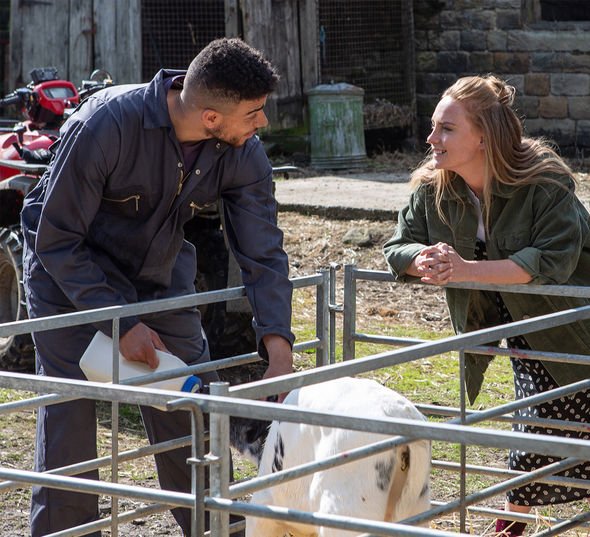 She began: “I’ve been thinking about what you said, about what rights I’ve got with Kyle.

“Well Cain isn’t even his legal guardian is he, it’s Zak.”

“So why is this guy dangling access to your kid and he’s not even in charge, you’ve got to talk to a lawyer,” Nate remarked.

It seems as if Nate has gone out of his way to hurt Cain and helping Amy get custody of Kyle could be another way to get one over on him.

Is Nate really looking out for Amy or is he using her to get revenge on Cain?