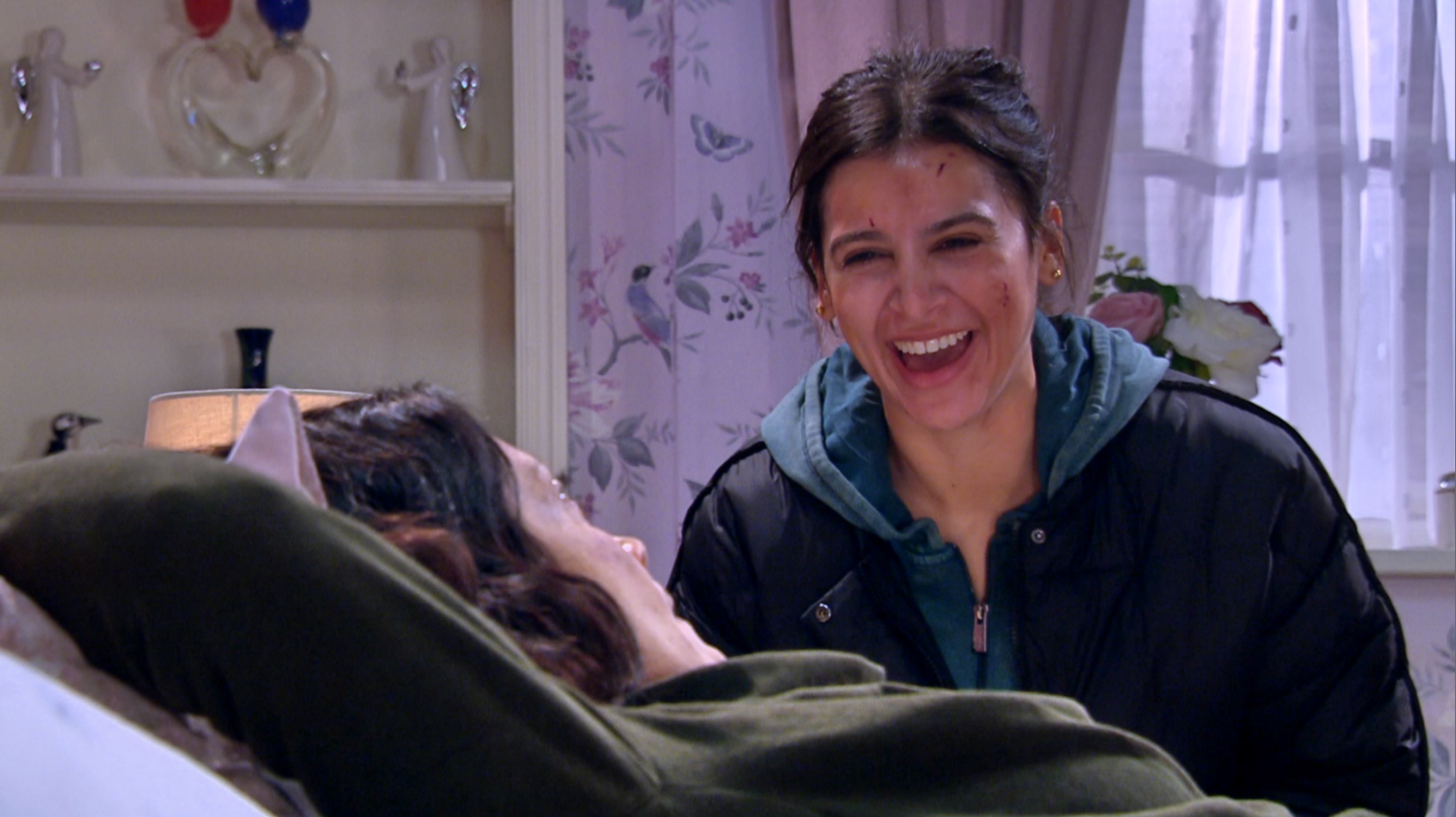 TV watchdog Ofcom received 65 complaints in relation to the edition of the ITV soap broadcast on January 4.

An additional 91 complaints were made over the following episode, which aired on January 5.

Both outings centred on Meena’s plot to silence sister Manpreet, after she asked too many questions about her murderous past.

January 4 saw the killer tell Manpreet that she intended to murder her over the course of seven days, after acquiring diazepam from Liam Cavanagh (Jonny McPherson).

Manpreet, however, refused to take the drug, prompting Meena to forcefully administer it.

Meena, however, was forced to take action when Rishi Sharma (Bhasker Patel) started to quiz her on Manpreet’s whereabouts, and thus she removed her sister from Wendy Posner’s (Susan Cookson) home in what appeared to be a bodybag.

The horrific scenes were broadcast on January 5.

This isn’t the first time that fans have voiced their complaints over the Meena storyline.

Ofcom received a total of 74 complaints regarding the November 25 offering of the soap, which saw Meena claim her fourth victim, Ben Tucker (Simon Lennon).