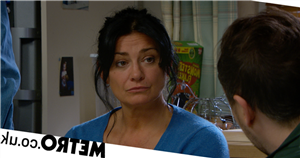 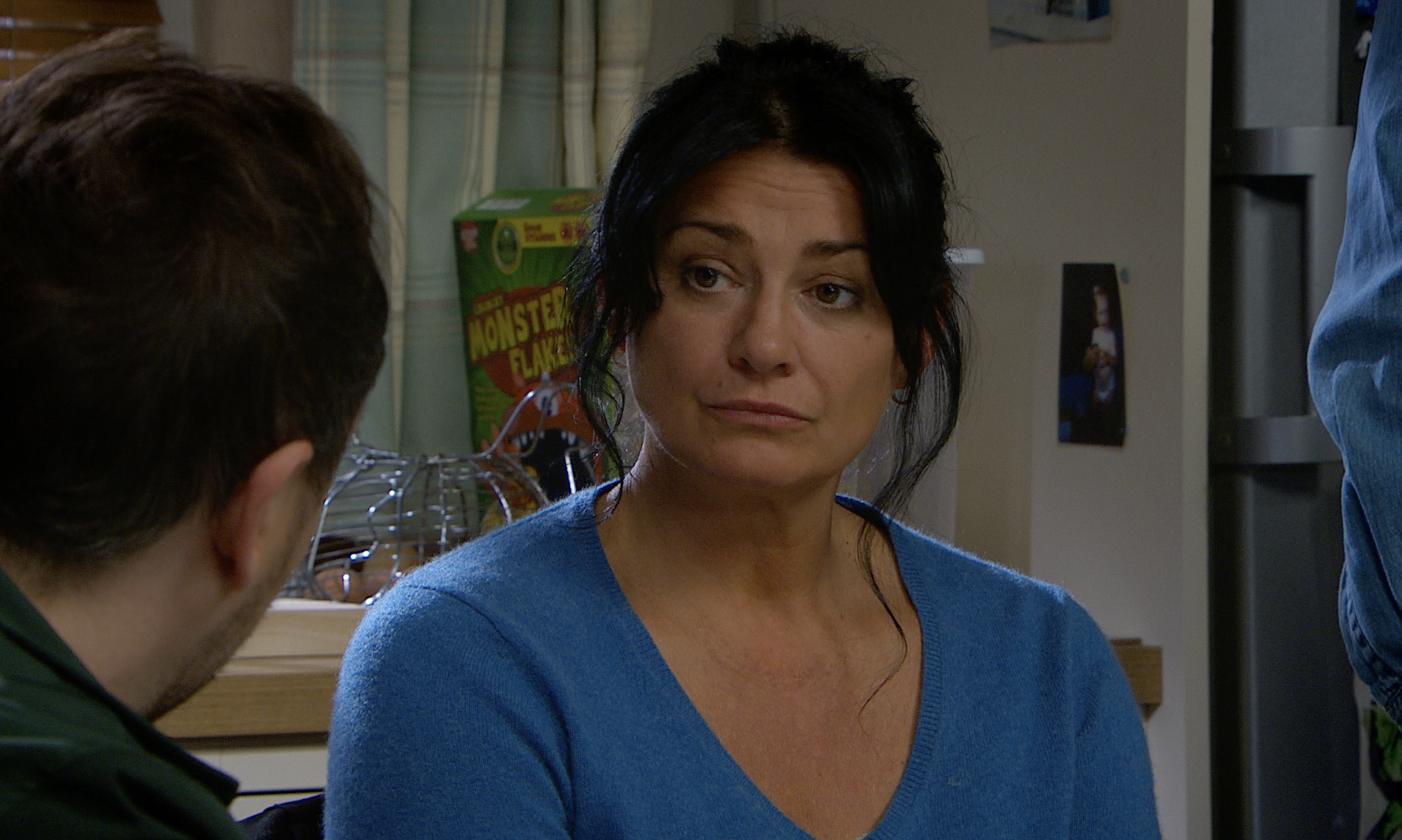 Emmerdale fans have been left scratching their heads this week, as Moira Barton (Natalie J Robb) disappeared from the village during a crucial point in the aftermath of Al Chapman’s death storyline.

In recent weeks, Kyle (Huey Quinn) – the person who really killed Al – faced questioning by the police and was ultimately charged with murder.

This meant Kyle was taken away to a children’s home while awaiting sentencing. However, this week, he was given strict bail conditions – which meant he could return to the Dales.

Said bail conditions meant Cain (Jeff Hordley) wasn’t allowed to see Kyle, due to the fact he was there when Al was killed, and that he had just got out of prison himself.

Cain refusing to follow the rules caused huge amounts of stress for Amy (Natalie Ann Jameson), Matty (Ash Palmisciano) and Mack (Lawrence Robb), but one person who wasn’t there to try and change Cain’s mind was Moira.

During a line of dialogue, it was revealed that Moira was spending time with Nanny Barton after she suffered a fall.

This means Moira has been away during Cain’s attempt at creating havoc for Amy, not to mention her partner pinning Matty against the fridge – something fans know she won’t be happy about.

‘Is Matty going to be Cain up? And where is Moira?’, one fan wondered.

Is Matty going to beat Cain up ? lol. And where is Moira?#emmerdale

‘Loved how Matty stood up to Cain. He’s right Cain is a thug. It’s Moira I feel sorry for, she’s the one who has to pick up the pieces’, another Twitter user pointed out, clearly looking forward to the moment Moira returns.

Same, to be honest.

With a new Emmerdale video showing the moment Mack tells Cain that if his behaviour continues, he’ll end up losing Moira and his family, will he listen?