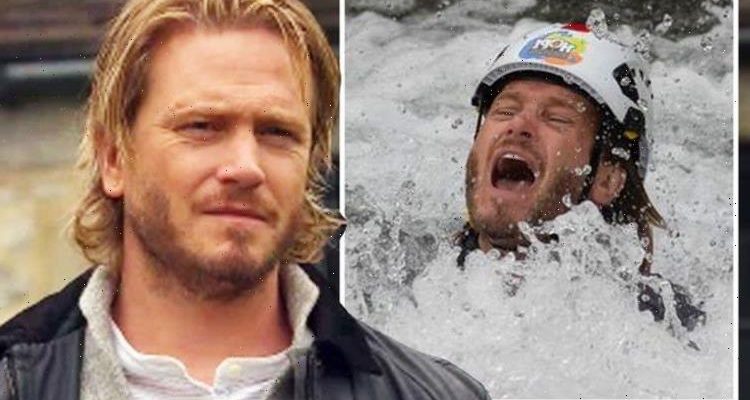 David (played by Matthew Wolfenden) has been at the centre of one of the biggest Emmerdale storylines to date recently as his relationship with Meena Jutla (Paige Sandhu) has left his loved ones in danger. The serial killer has lost her grip on reality and has become obsessed with making her boyfriend love her, no matter the cost. However, he has begun to develop feelings for Victoria Sugden (Isabel Hodgins) and the pair have had a few stolen moments here and there. In upcoming scenes on the ITV soap and during the show’s survival week, the truth will prevail as Meena gets revenge on her partner for his betrayal. With several lives in danger during the action-packed episodes, producer Kate Brooks has teased it could be David who meets his maker.

In scenes airing this week, Meena will overhear David confessing his love for Victoria as she sets up their tent for survival week.

This sparks a deadly chain of events as the secret lovers head into the icy rapids, putting their lives on the line.

As Victoria finds herself whirling through the uncontrollable waters, David jumps in to try and save the woman he loves.

Watching from the sidelines is his girlfriend and with a killer plan in mind, it seems she could turn to murder if they make it out of the torrent alive.

It’s not been confirmed if anyone will survive the tragedy but Meena will be thirsty for revenge whatever the outcome.

Explaining Meena’s unhinged frame of mind and the opportunity which arose to kill off a beloved character, Kate said: “We don’t take these decisions lightly.

“And we know when you do have a character like Meena, who has a bit of a thirst for murder, not everybody is going to survive.

“Especially not people who have crossed her either,” the producer explained, seemingly confirming David is a strong candidate to be axed from the show in an interview with press, including Express.co.uk.

Due to his infidelity with Victoria and the fact he was almost killed off during the gun siege a few weeks ago, it could finally be his time to leave the show for good.

No official announcement has been made as to who will be making an exit but Kate’s comments offer a huge tease surrounding David.

Not everybody is going to survive

Kate continued to explain: “We try and base these decisions primarily on what gives us the best stories going forward.

“It’s always story-driven, it’s always character-led and we wanted to make sure that every kill has impact and changes people.

“And the outcome is not always what we would expect or indeed hope. It is always difficult and it is hard to gauge who the right character would be.

“But, as I say, it very much comes from a story point of view on what gives us the most gamble,” she continued.

It’s been revealed ahead of transmission Meena will be holding Victoria’s head under the water but she will be spooked when someone spots her.

Unable to carry through with killing Victoria, it seems she guns for the person who was watching her at the rapids.

If this is David, he could end up being in serious danger as the killer enters the maize maze with murder on the brain.

Killing off David would certainly be drastic as the character has been a part of the show for 15 years and he has become a prominent face in the village.

If the police discover foul play was involved, the village could begin its own murder mystery as they try to hunt down the killer.

This could put more lives in danger as Meena might try to take any suspicion off her by killing some more beloved characters.

Kate also explained as Meena was revealed to be a killer earlier this year, it gave them a huge opportunity to centre survival week around her,

The producer said: “The idea of the survival challenge has been floating around for a while, but we didn’t quite know the ins and outs of the story.

“When Meena arrived in the village and we saw how brilliant she is, we decided that she would have to be part of it.

“Let’s face it, when Meena is around, anything can happen.”

“So we felt that those two would be a perfect fit,” Kate added, detailing how the stunt week was created around her.

“Once we knew the general idea of what we wanted to play in this particular week, and we had such a great character like Meena at our disposal, it felt like a marriage made in heaven.

“It’s been knocking around for a couple of years, but it was only when Meena came to fruition that we thought this was the perfect backdrop for her to wreak havoc.”

The episodes will be airing over the same nights as Coronation Street’s stunt week, which will also see the death of a beloved character but will David’s name be added to the list of Meena’s murders?

Emmerdale airs weeknights at 7pm, with an extra episode airing Thursdays at 8pm on ITV.