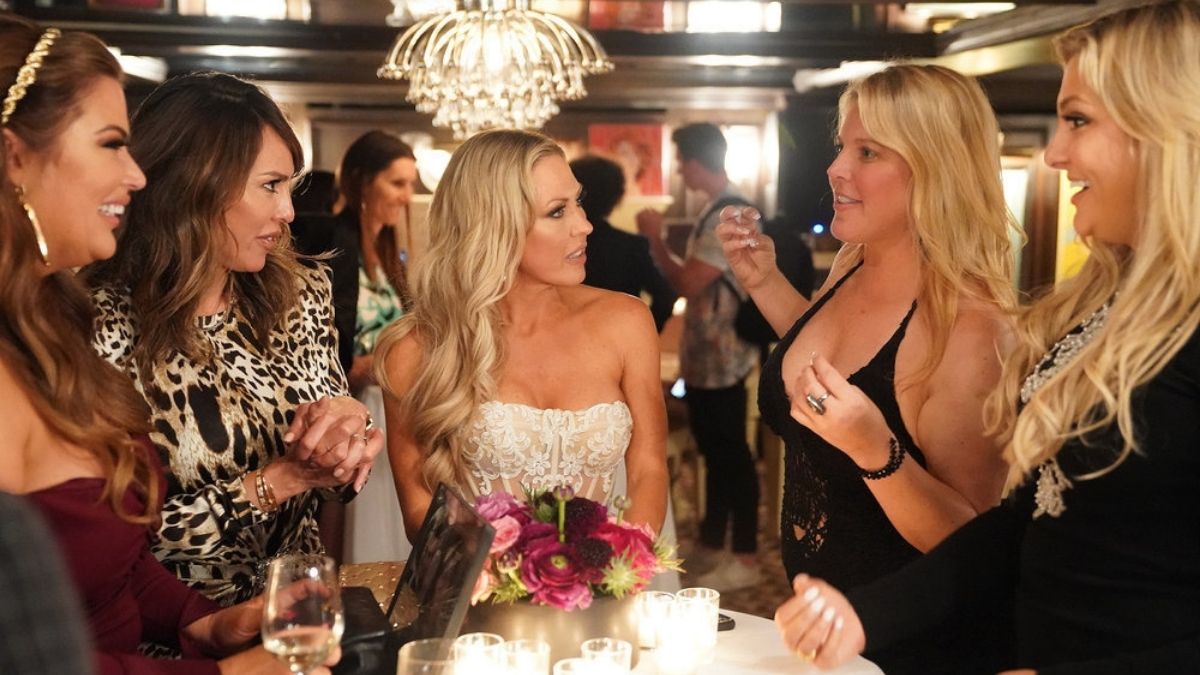 There’s some deep-rooted drama brewing in Orange County, and we can’t wait to see how it all plays out.

So far, we’ve only seen one episode of Season 15, but cast members have been spilling the tea on what we can expect throughout the season.

It seems Braunwyn Windham-Burke and her personal life will take center stage and cause conflict between the 42-year-old and the other women.

Towards the end of the first episode, the second-season alum made a surprising revelation to castmate Emily Simpson – admitting she was an alcoholic.

Braunwyn’s decision to open up to Simpson led us to think that the two women would forge a deeper friendship this season. However, that might not be the case at all.

As a matter of fact, they are not even speaking!

But the recovering alcoholic is not only on the outs with Emily; she’s not speaking to any of her RHOC castmates.

During a recent interview with Entertainment Tonight, Emily dished on all things RHOC.

When talk turned to Braunwyn, Emily revealed they all unfollowed the mother-of-seven after the cast finale party earlier this year.

“She’s not talking to any of us because we all unfollowed her,” admitted the three-season alum. “Each one of us kind of unfollowed her for different reasons, and on our own terms.”

She continued to explain the rocky situation with Windham-Burke saying.

“It was the last time that we were allowed, all six of us, to be together, and I just.. didn’t particularly like the way she acted and the way things went down.”

“I didn’t block her or anything. I just unfollowed, and, you know, there’s a lot of things that need to be resolved with her.”

During her chat with the media outlet, the interviewer brought up a previous comment by castmate Shannon Beador, who questioned Braunwyn’s authenticity.

The 44-year-old agreed with Shannon’s assessment and was more than ready to present her case during the reunion saying, “I’ve got materials. You name it; I’ve got it.”

“I’m an attorney, so I analyze things, and I like facts,” explains the Bravo alum.

“I don’t think anybody should jump on someone else out of emotions or anything like that. So, I do have a very factual, analytical argument as to things that she’s done that I find completely inauthentic and, you know, I’m ready and willing to address those.”

The Real Housewives of Orange County airs Wednesdays at 9/8c on Bravo.