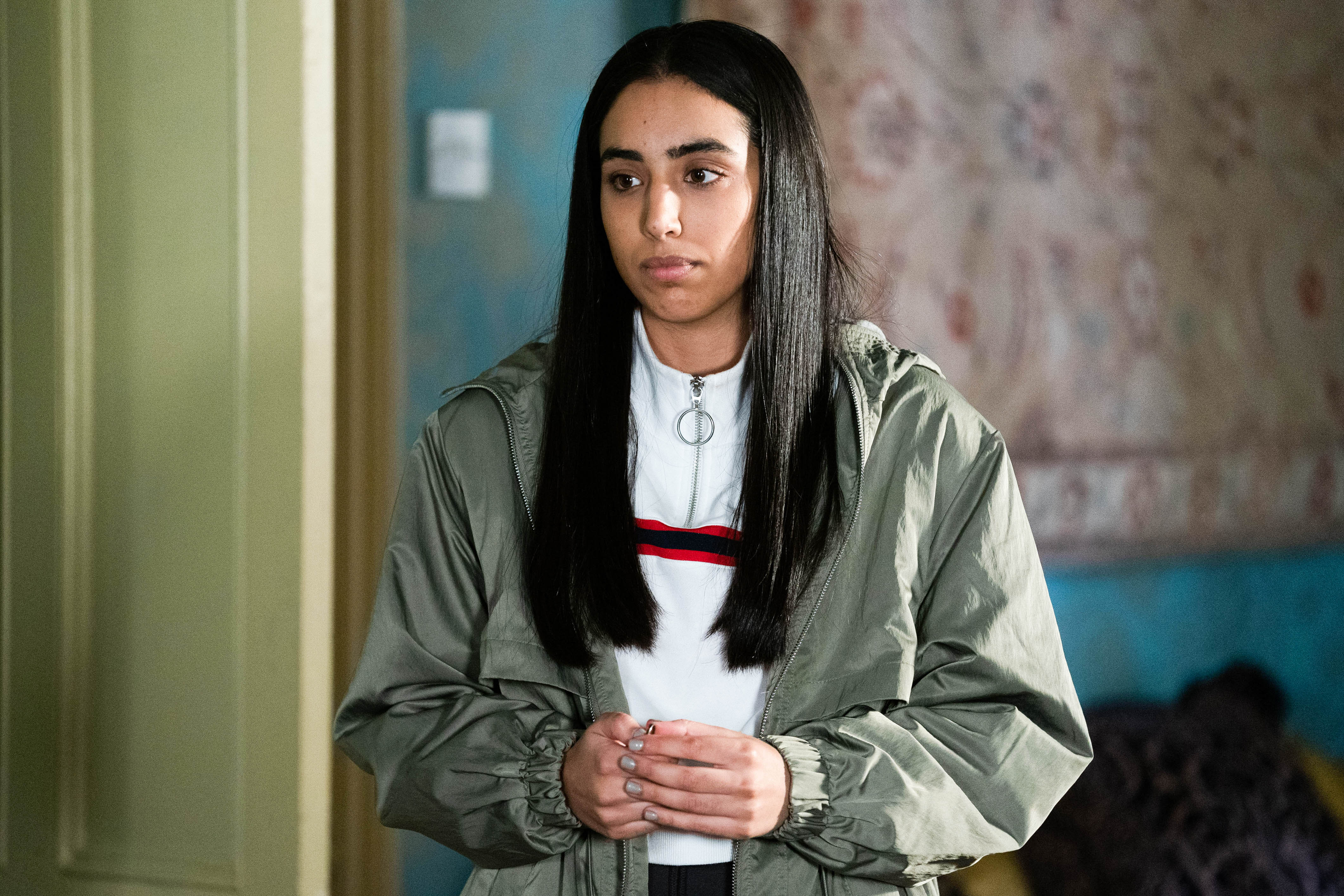 The actress, who portrays Ash Panesar in the BBC One soap, shared the experience on social media, telling her followers that she was left feeling ‘angry, sad and embarrassed’ after the ‘deeply shocking’ incident.

‘Yesterday I was a victim to verbal racial abuse,’ she wrote on Instagram.

‘It came from nowhere, I wasn’t expecting it, and even though I know racism exists and I could always be victim to it, it was still deeply deeply shocking.

‘In a completely unprovoked attack, I was told by a woman to go back home, to return to wherever I’ve come from, and to stay there.

‘The initial shock was that someone was so comfortable to say this to me in public, not once but several times. It made me feel angry, sad, and embarrassed.

‘It upset me, and as a result of being upset, I felt weak. I was ashamed that I wasn’t able to just brush it off and continue with my day as normal. Instead what followed were tears of sadness and frustration.

‘How can someone be allowed to say something so racially driven and then walk away? why do I then have to deal with all the feelings that come with it?

‘It seems so unfair that I am judged by the colour of skin. My thoughts and feelings of fear weren’t just about that moment, but about a future where my children, nieces and nephews will have to face the same discrimination and hate.

‘My heart sinks that deep down I know this won’t be the last time I experience something like this.’

Gurlaine explained that, initially, she wasn’t going to say anything, but ultimately she decided to do so after ‘waking up this morning and feeling burdened with the same sadness from the day before’.

‘I celebrate all these things. I wish others did too.’

Gurlaine made her first appearance in EastEnders in August 2019. Her character Ash was initially introduced as Iqra Ahmed’s (Priya Davdra) love interest, but it soon came to light that she was also related to the Panesar clan, who had recently moved to Walford.

Ash’s relationship with Iqra came to an end earlier this year, and the young woman has since embarked on a romance with Peter Beale (Dayle Hudson).

Remember Wizards of Waverly Place? Here's what the original Disney cast are up to now
Celebrities