EastEnders viewers saw Rainie Cross (played by Tanya Franks) knocked down by Keegan Butcher-Baker (Zack Morris) earlier this week after she tried her hand at some hypnotherapy as she continued to be delighted by the idea of being an expectant mother. Unfortunately, it was later revealed there was no baby and Rainie was left heartbroken – but could new employee Tiffany Butcher (Maisie Smith) end up acting as a surrogate and help complete the couple’s wishes to start a family?

Rainie and husband Stuart Highway (Ricky Champ) have had a turbulent road to marital bliss.

The pair have been through thick and thin together and finally seemed to get the news to solidify them as a family.

Rainie seemed to recently discover she was pregnant and the pair had kept the news under wraps until last week.

But a delighted Rainie couldn’t help but let slip the news to Tiffany after she secured a job at the funeral parlour. 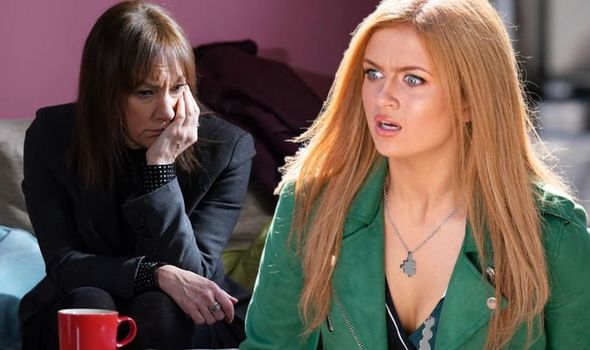 Under the guise of a “beautician”, Tiffany will be helping look after the dead – but she decided to accept the position.

However, as Tiffany’s unconventional training got underway, there was soon a disaster in store.

Keegan whizzed over on his scooter to surprise Tiffany, however, Rainie failed to see him coming towards her.

The supposed mother-to-be was rushed to the hospital where she found out she had never been expecting a baby in the first place. 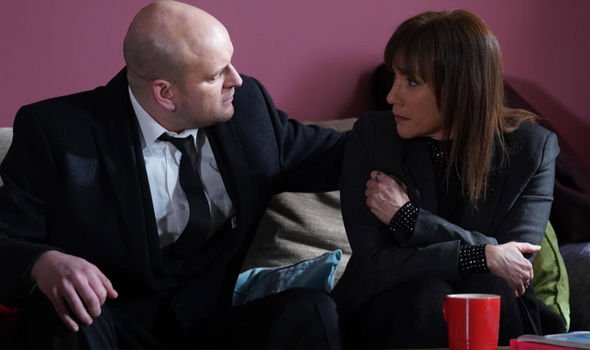 Now, it seems Rainie will come up with a genius idea to help her and Stuart’s dream of becoming parents.

The pair will find it difficult after receiving the news their fertility options will be limited.

And in episodes to come, the pair will receive a message from the fertility clinic reminding them of an appointment.

Stuart and Rainie will become increasingly emotional as they go to discuss what to do next.

The reminder only strengthens Rainie’s wish to be a parent and she manages to convince Stuart to come to the clinic.

However, they are soon met with some upsetting news – their chances of conceiving naturally are low.

Rainie finds herself opening up to Tiffany about what they’ve learned.

Later on, Stuart brings up the possibility of surrogacy to solve their fertility woes.

The teenager is taken aback by the couple’s request but she soon starts taking the idea more seriously.

With Keegan perhaps feeling some responsibility for Rainie’s situation, will he back the plan or will he be troubled with the idea?

When the pair push her for an answer, will she accept and agree to help out with their wishes to have a child?

EastEnders airs Mondays and Fridays at 8pm and Tuesdays and Thursdays at 7:30pm on BBC One.