Stacey Fowler (played by Lacey Turner) hit Phil Mitchell (Steve McFadden) over the head with a spanner as he attacked her husband, Martin (James Bye) on EastEnders this week.

Martin and Phil got into a fight when the Walford hard man made threats to Kat Slater (Jessie Wallace) about her children but before the three of them could decide what to do next, Ben Mitchell (Max Bowden) walked in and told them all to leave.

Confused as it why he demanded they all leave, Stacey decided it was best for her to flee Walford rather than wait for the police to arrest her.

After talking it through, Stacey agreed to leave with her children and Martin but asked Kush Kazemi (Davood Ghadami) to look after Arthur while they were away.

Stacey Fowler star Lacey Turner had confirmed she would be leaving the BBC soap on maternity leave but Martin’s exit comes as a surprise.

The BBC soap star has spoken out on her heartbreaking exit and hints both her and Martin may have left the Square for good.

Discussing what the future holds for Stacey and Martin now, Lacey added: “We’ll just have to see how Ben’s plan plays out – poor Keanu!

“Stacey and Martin are planning to lay low and let the dust settle, but I’m sure they’ll be in cahoots with the Slaters for updates,” she told Digital Spy.

“For now, Walford isn’t safe for any of them so they had to vanish.”

If Ben’s plan falls through and police begin to suspect Stacey or Martin, will they have to stay away from the Square for good? 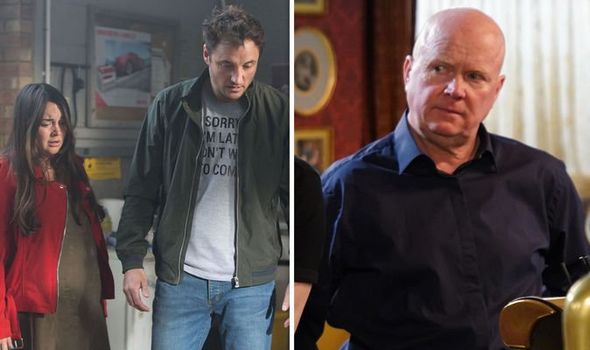 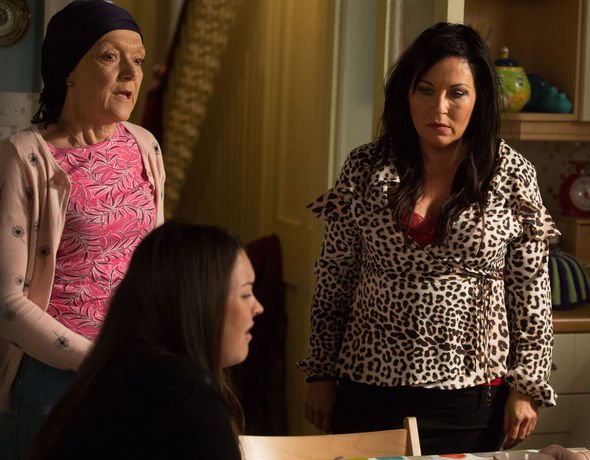 “She sees that as her only option,” she began. “Obviously Stacey has a history with the police, so she thinks this could put her away for a very long time and she’s petrified.

“As it all sinks in, she thinks her only option is to take the kids and leave.”

Lacey went on to explain the three Walford residents involved with Phil’s assault were in “shock” and didn’t have time to consider what was best before they were told to leave by Ben.

She added: “Stacey definitely is in complete shock, and when she got home that’s when we saw it all sinking in.” 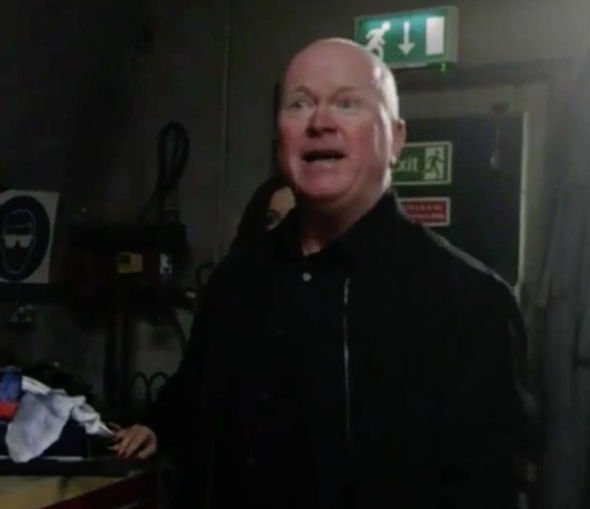 Meanwhile, could Kat be left behind to face Phil as he wakes up and remembers who’s to blame for his horrific ordeal?

With Stacey and Martin on the run Phil may be forced to take the ultimate revenge on Kat as she stays living on the Square.

The Mitchell hard man is well known for wanting to take matters into his own hands and instead of relying on the police he may plot to make Kat pay for his attack.

But after tonight’s instalment it it still unclear whether Phill will survive his attack.

Will Phil wake up and take the ultimate revenge or will he be unable to remember exactly what happened leaving Kat off the hook?

EastEnders continues Thursday at 7.30pm on BBC One.