Albert Square was rocked over Christmas as it was revealed Keanu Taylor (Danny Walters) had not only got Louise Mitchell (Tilly Keeper) pregnant over the last year, but he had also been having a steamy affair with Sharon Mitchell (Letitia Dean) also resulting in a pregnancy. But over Christmas on EastEnders, all was revealed leaving Phil (Steve McFadden) and Ben Mitchell (Max Bowden) out for blood.

Viewers will know Phil and Ben put Martin Fowler (James Bye) up to the task of killing Keanu and making sure no one ever found him.

But when Linda Carter (Kellie Bright) stumbled across Martin with a gun to Keanu’s head, she intervened and the two let him go free if he promised never to return.

Everyone involved has found their lives completely changed including Louise is suffering – not only is she dealing with the ultimate betrayal from two people who were meant to be closest to her, but she also has to deal with being a single mother.

This week has seen Louise spiralling out of control, telling Bex Fowler (Jasmine Armfield) every time she looks at baby Peggy all she can see is Keanu. 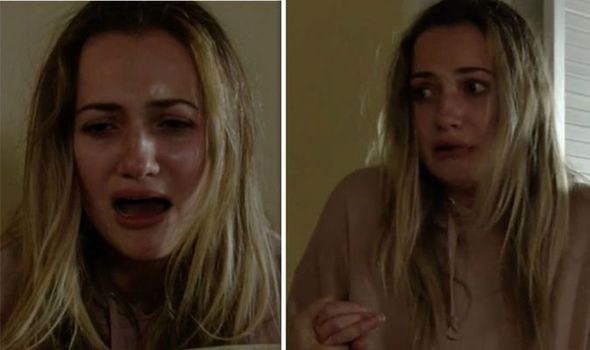 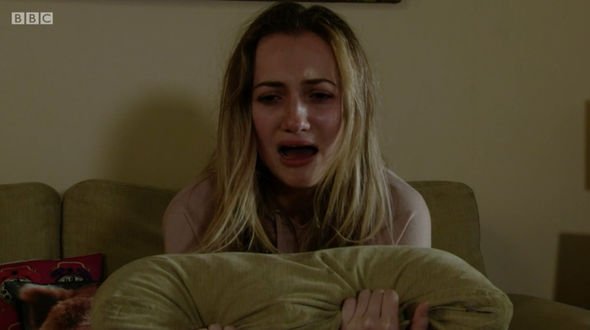 At the end of last year, it was revealed Tilly Keeper would be leaving Albert Square for good, but the question is, what will be her final storyline?

In a recent episode, Lisa Fowler (Lucy Benjamin) suggested Louise and Peggy leave the square for good with her and go to Portugal.

Louise was not impressed by the suggestion and began taking a turn for the worst.

But, people are starting to realise Louise isn’t 100 percent and behaving erratically whenever anyone talks about the situation. 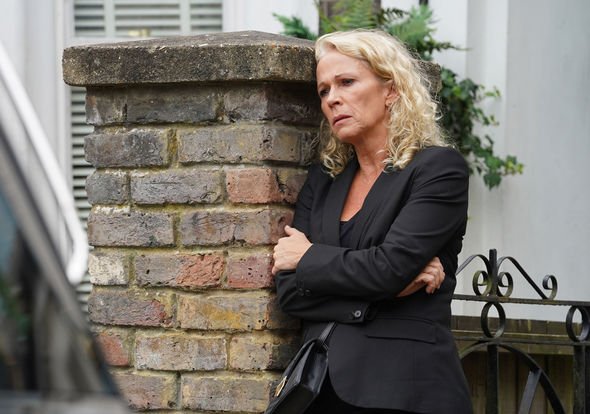 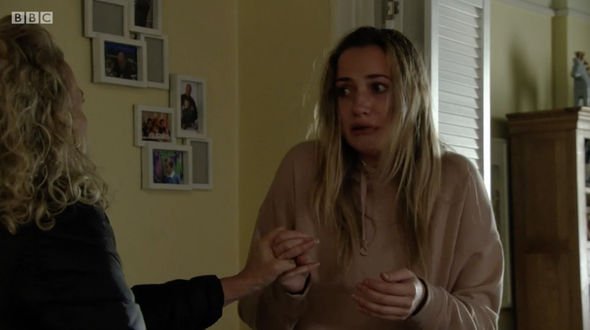 Louise took a trip to confront Sharon and ended up hitting her and drawing blood.

Not only this, viewers then watched in horror as Louise screamed at baby Peggy to “stop crying”, and then went on to attempt to smother her newborn baby only to be stopped by Lisa, holding onto her daughter as she sobbed.

Things are set to get a lot worse as Phil celebrates his birthday next week, only to be confronted by his daughter and leaving Sharon upset she wasn’t invited.

Lisa’s concern for her daughter will lead her to tell Phil that the three of them are moving to Portugal.

Last month Tilly Keeper said: “I have loved playing Louise Mitchell over these past few years, and I feel honoured to have been part of such an iconic show,

“Working with our incredible cast and crew has been a joy and I shall miss my EastEnders family greatly.”

Details are sparse as to how Louise Mitchell will leave Albert Square, but the guilt is getting to her at the moment, not knowing Keanu is in fact still alive.

But she is now petrified someone is going to take her baby away from her after Lisa told her she needed help, so would she really do anything to jeopardize her time with her daughter despite being haunted by Keanu’s “ghost”?

Elsewhere on the square, Martin Fowler has let slip to Keanu’s mum Karen Taylor (Lorraine Stanley) he is still alive to calm her down.

However, this only made her more urgent for answers to her questions and Martin was forced to threaten her.

What would the Mitchell boys do if they found out Martin had lied about killing the man who had betrayed their family?

How will Louise react if she finds out Keanu is in fact alive?

EastEnders continues on BBC One tonight at 7:30pm.