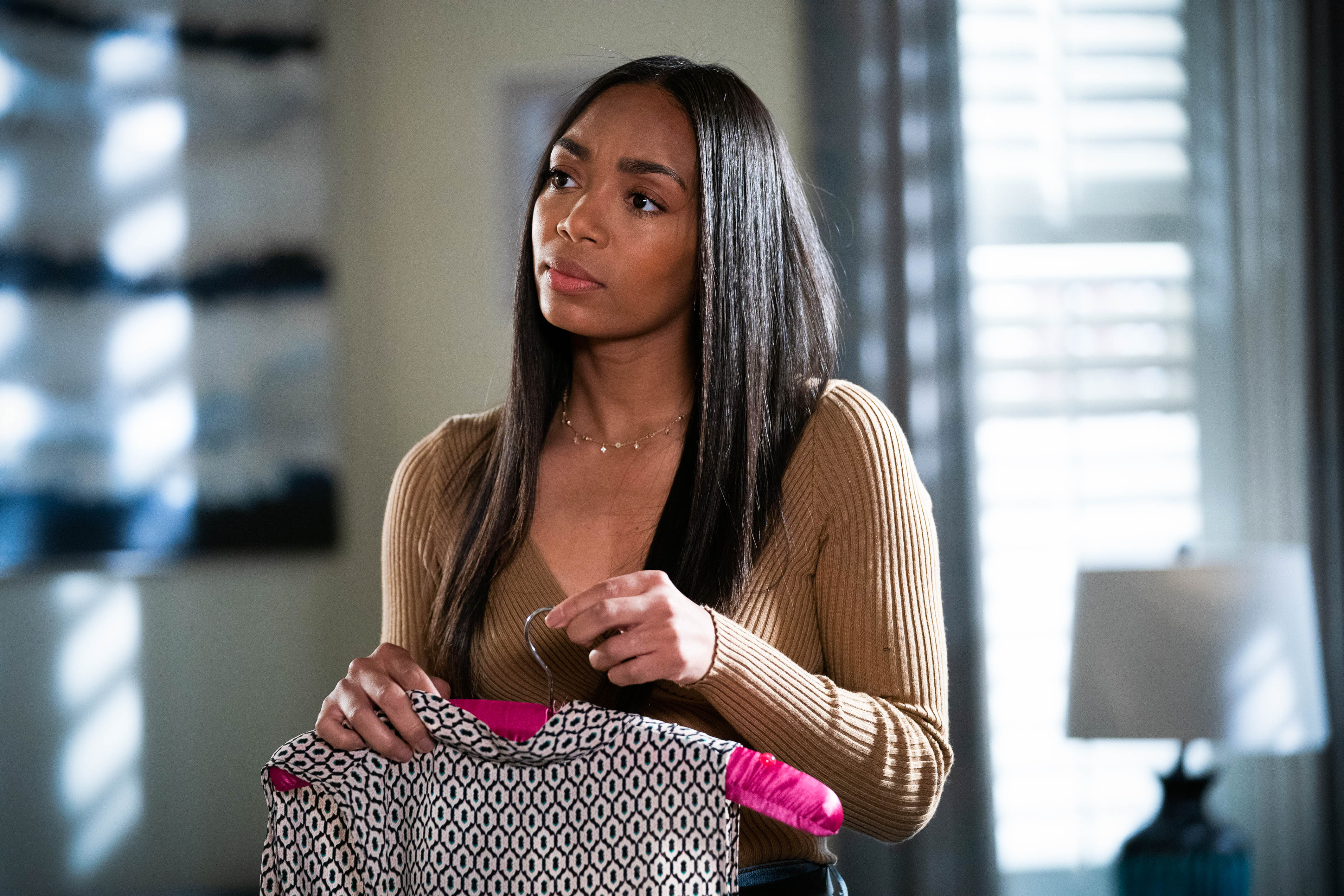 Chelsea Fox (Zaraah Abrahams) is about to find her life getting even more complex in EastEnders when she takes a pregnancy test, wondering if she could be carrying Gray Atkins’ (Toby Alexander-Smith) baby.

Chelsea had treated their short lived relationship casually, wrapping Gray around her finger so the last thing she wants is to be tied down with him through a baby.

And that’s without knowing that he happens to be an abuser and serial killer.

Whitney Dean (Shona McGarty) is also harbouring feelings for Gray because of course she is – there isn’t a sociopath in the Square that poor Whitney doesn’t cross paths with.

As Chelsea takes a test, a shocked Whitney later finds it – but what does it say?

Chelsea is about to confide in Denise (Diane Parish), but decides against it when her mum assumes she’s hungover.

Gray comments that he regrets dating Chelsea and Whitney is left feeling conflicted. Whitney asks to meet Chelsea, who assumes she wants her blessing to date Gray. When Whitney asks if she’s pregnant though, what will Chelsea say and how will Whitney react?

If Chelsea is carrying Gray’s baby, what decision will she make about the pregnancy? And will a concerned Whitney decide to tell Gray what she knows?

It remains to be seen what happens between the trio but adding a pregnancy into the mix is going to make things extremely complex.

And Gray’s killer temper could place both Chelsea and Whitney in danger.