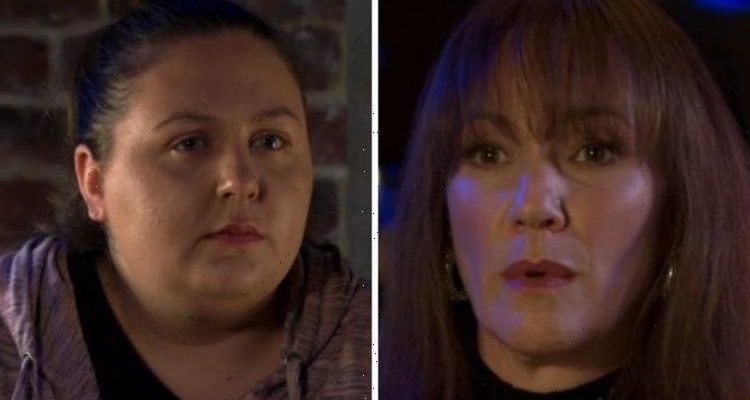 EastEnders: Rainie agrees to let Bernie be her surrogate

At the end of last year, EastEnders viewers saw Rainie Cross (played by Tanya Franks) knocked down by Keegan Butcher-Baker (Zack Morris). After trying her hand at some hypnotherapy, Rainie continued to be delighted by the idea of being an expectant mother. Unfortunately, it was later revealed there was no baby and Rainie was left heartbroken. Since then, Rainie and Stuart Highway (Ricky Champ) have been on the search for a surrogate to carry their baby on the BBC soap.

Ever since then, the Taylors have been trying to come up with a way of solving their money problems.

After Karen and Bernie overheard Rainie and Stuart having a conversation about finding a surrogate in the Queen Vic, Karen toyed with the idea of becoming the couple’s surrogate but was quickly shut down by her daughter.

However, that didn’t stop Bernie from offering to carry their baby herself. 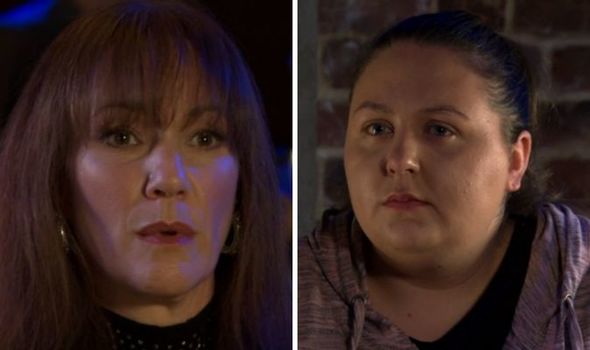 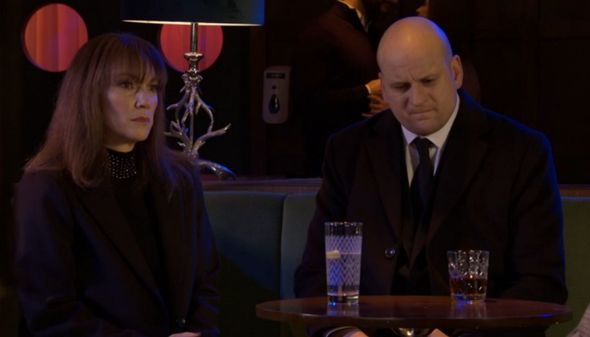 In the latest instalment, Karen and Mitch’s (Roger Griffiths) money worries continued after their WiFi got cut off.

Karen then broke the news to Mitch, she wasn’t getting any redundancy pay because she didn’t qualify for it.

Elsewhere, Stuart showed Rainie his list of the pros and cons of Bernie being their surrogate.

Throwing their decision into doubt, Rainie told him: “She’s just a kid, like Tiff. Could we really risk going through that hurt again?” 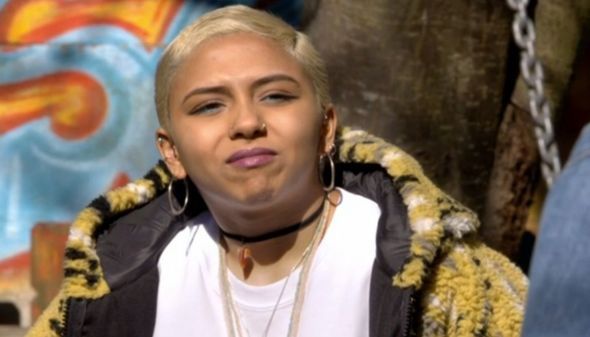 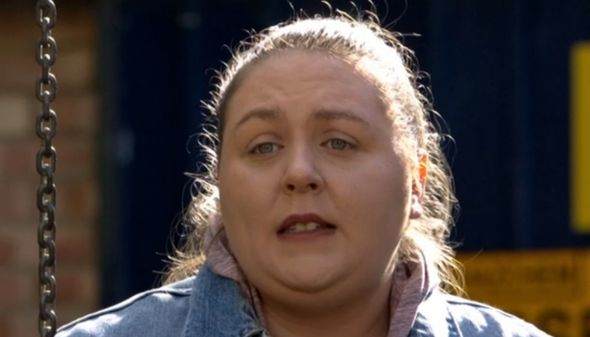 Elsewhere, Bernie met up with her new love interest Molly to try and suss out how she would feel about Bernie being a surrogate.

Molly initially thought Bernie wanted to meet up and talk because she was dumping her, but instead, she asked her for advice.

She continued: “[I like them] A bit more than cats, on par with puppies…why?”

“My mate she’s offered to be a surrogate,” Bernie hesitantly replied. “And now she’s having doubts.

“There’s this couple that she knows and they want a baby like mad and she’s offered them a chance for money. A lot of money, money she needs. She was sure at first, but now…”

Molly went on to quiz Bernie on whether it was herself she was talking about.

As Bernie denied it, Molly added: “Baby bumps kinda freak me out a bit. I’ve seen enough films to know that rent-a-room never works. Tell her it’s not worth it.”

Later on in the episode, Rainie and Stuart initially turned down Bernie’s offer to be their surrogate.

However, after Bernie protested that she wanted to do it for them, the couple finally agreed.

Following Bernie’s conversation with both Molly, and Rainie and Stuart fans have come up with the theory that she won’t be able to give up the baby once it is born – especially after losing her own child.

Taking to Twitter one predicted: “Oh, Bernie is that such a good idea? She’s had a baby before and she lost the baby. Suppose Bernie agrees to it and decides to keep the baby this time.”

Another commented: “What’s the bet that if this happens and Bernie has Stuart and Rainie’s baby, she ain’t gonna wanna give it up.” (sic)

A third added: “I feel like that’s foreshadowing that Bernie won’t give the baby up.”

A fourth tweeted: “I think if Bernie is the surrogate she won’t want to give the baby up.”

EastEnders continues Tuesday on BBC One.