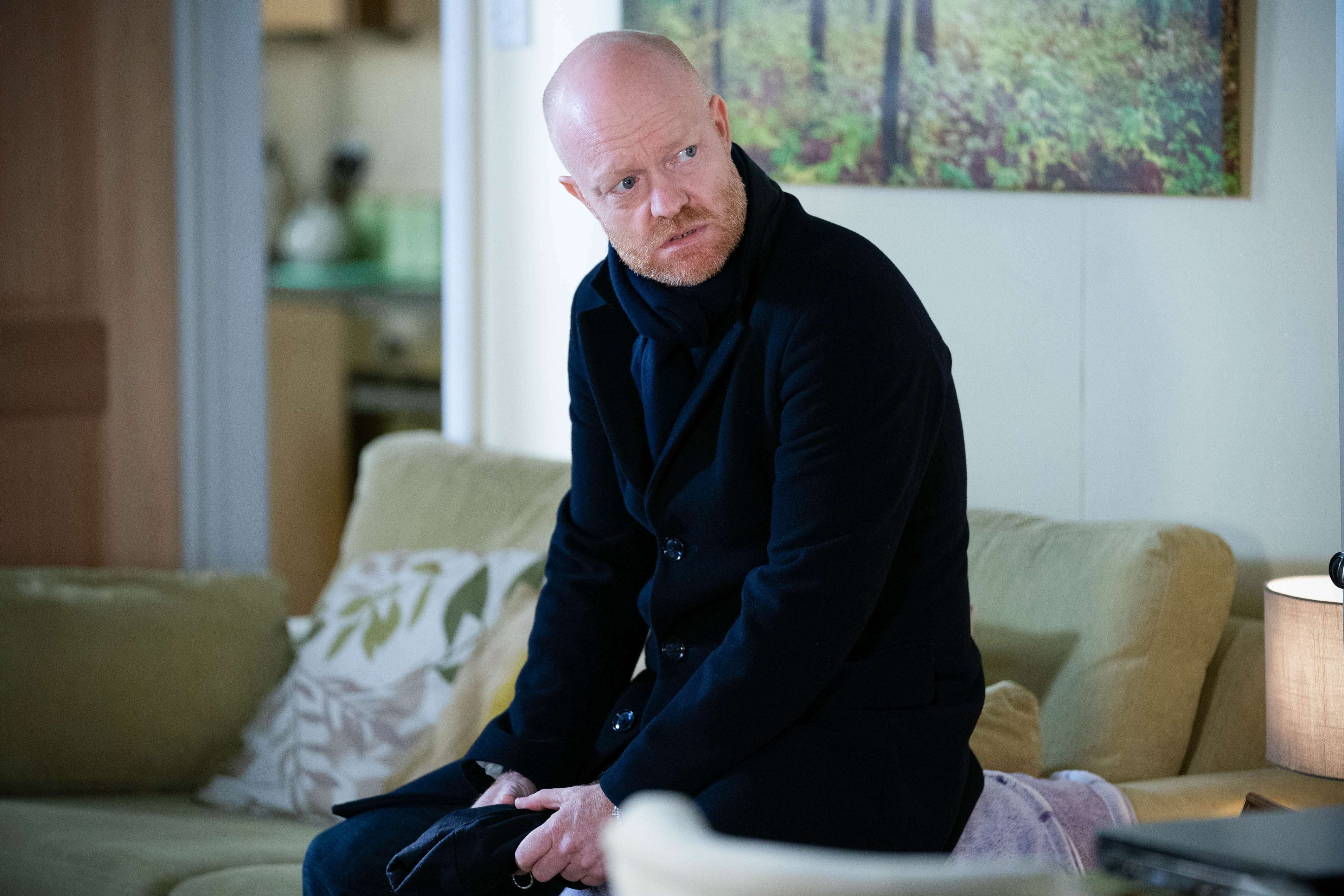 Max Branning (Jake Wood) bids farewell in EastEnders next week, as the BBC One soap airs the legend’s final scenes.

Linda Carter (Kellie Bright) is left perturbed when when Max approaches her, but he ultimately offers her an olive branch.

Mick (Danny Dyer) witnesses their exchange, and he’s uncomfortable as a result, while Jack (Scott Maslen) reminds his sibling that under no circumstances can he tells Linda about Mick’s abuse.

A plan forms, and the former car lot salesman strides over to Phil Mitchell’s (Steve McFadden) house with the USB stick in hand.

Phil is taken aback by Max’s arrival, and he subsequently analyses the evidence against him contained on said USB stick, as his adversary reiterates just how long he could get behind bars.

Therefore, he tells Phil just exactly what is it that he wants.

The anniversary of Bradley’s (Charlie Clements) death arrives, and Stacey Slater (Lacey Turner) approaches Max and baby Abi outside The Queen Vic, as they reminisce about the young man who died 11 years earlier.

Max later speaks to Linda once more, and promises her that — in a few hours — he’ll have surprise for her that may help both she and maybe Mick.

Just what is he up to?

That remains to be seen, but Linda’s interest is piqued by Max’s comment, and with that she realises that he knows the truth about Mick’s abuse.

Having learned that Jack was the one who told Max everything, Linda is seething.

Meanwhile, Jack — desperate to make amends — heads to apologise to Mick, but Mick is left furious, and therefore becomes hellbent on tracking down Max.

Mick finds the man he’s looking for, and thus punches Max across the face — after Max has the cheek to berate Linda for staying with her husband, claiming that she did so out of pity!

Knowing that this simply isn’t true, Mick doesn’t hold back, as he tells Max that he’ll kill him if he ever goes near Linda again.

Jack wastes little time in defusing the situation that ensues between Mick and Max, and the copper soon puts two and two together, as he realises just what it is that Max has done.

Mick tells Linda that they’ll struggle to move on while Max is still around, and therefore Linda speaks to Max once more, as she yet again reiterates that she simply doesn’t love him, before ordering him to refrain from ever speaking to her again.

What’s more, she tells him to leave Walford!

Max responds by telling Linda that he loves her, but she’s not interested and therefore leaves.

Meanwhile, Jack agrees with Linda, informing Max that he needs to go.

Having come to realise that no-one wants him in Walford, Max ultimately heads to the tube station, and — as he walks away from all the memories he made in Albert Square — he makes a huge decision.