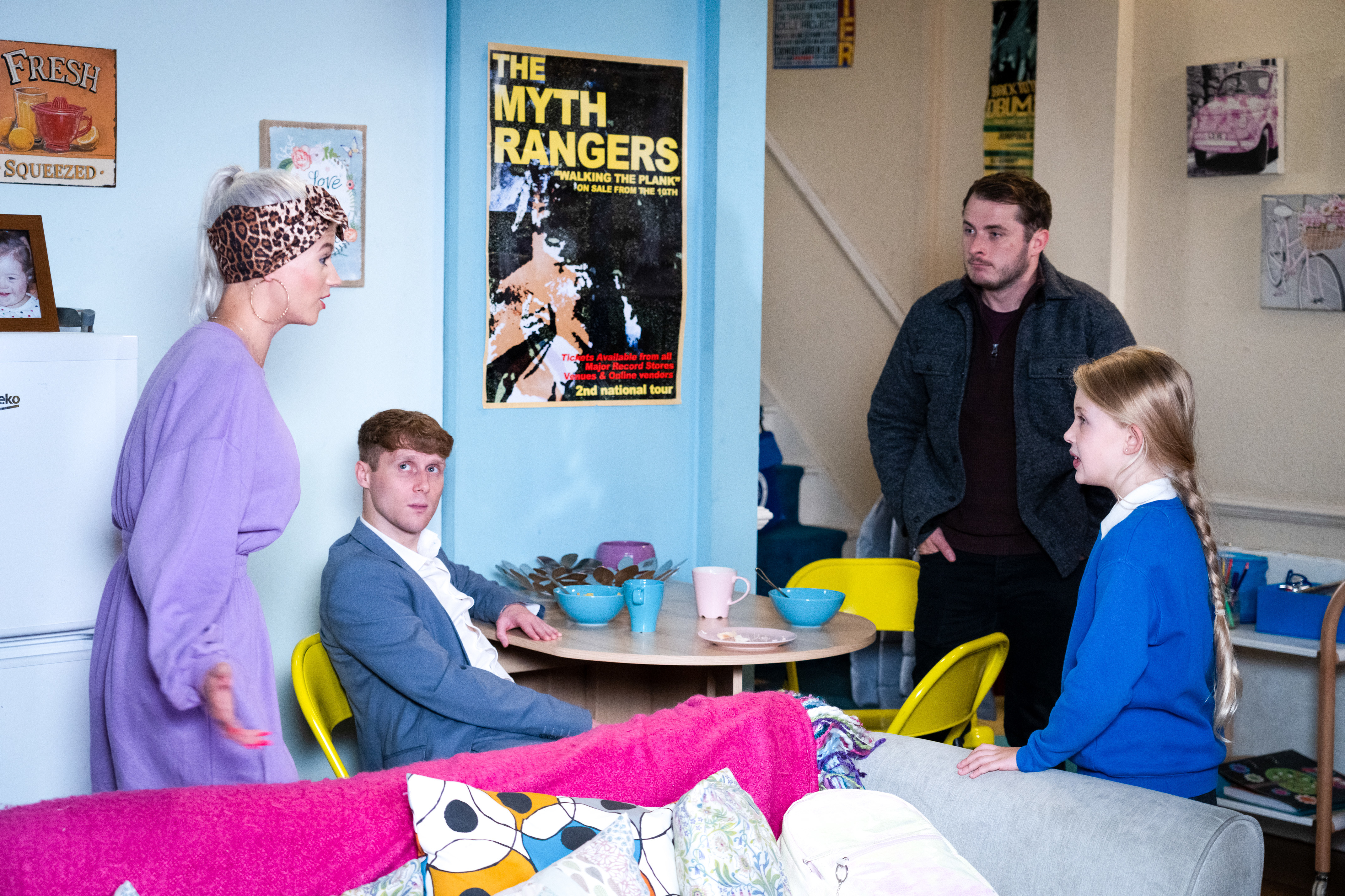 Lola Pearce (Danielle Harold) lashes out at Ben Mitchell (Max Bowden) in EastEnders next week after he reiterates that she should tell their daughter Lexi (Isabella Brown) the truth about her prognosis.

Lexi is aware that her mum has a brain tumour, but she’s unaware of how serious the situation now is, given that Lola has been told that she will die.

Lola has struggled to come to terms with her prognosis, and she told Lexi that she’s going to be okay, something which Ben struggles with in the coming episodes.

With Lola’s radiotherapy having some side-effects, Ben voices his concerns about keeping Lexi in the dark once more.

Billy (Perry Fenwick) and Jay Brown (Jamie Borthwick) seem to be in agreement with Ben, as they both join him in encouraging Lola to tell her daughter that she still has cancer.

But Lola refuses and storms off.

Ben follows, and yet again pressures Lola to tell Lexi the truth, reiterating that their daughter will no doubt pick up on the fact that something is awry.

Subsequent scenes will see his prediction come to pass, as Lexi grows suspicious and thus reads a letter intended for her mum, which details her treatment plan.

Lola, Jay and Ben are horrified to then find out that Lexi never turned up for school and thus they set off in search of her, locating her in the park, where she reveals that she knows what’s going on.