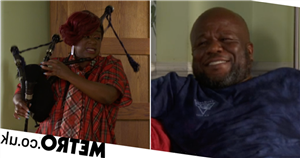 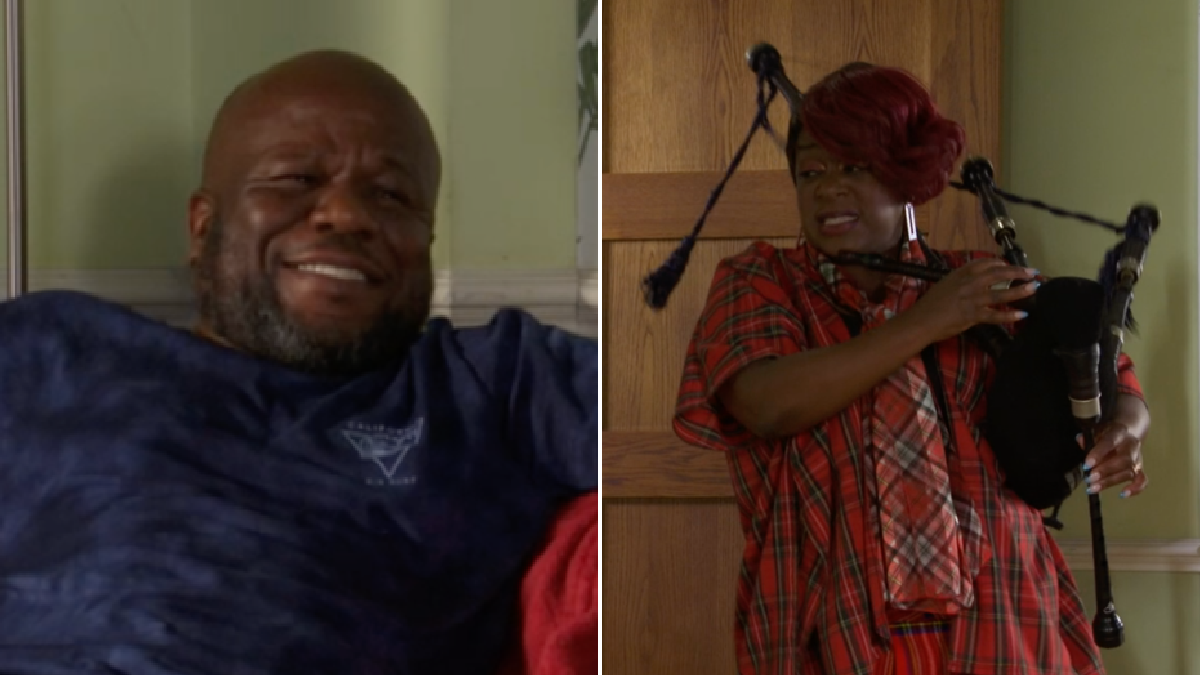 The series regular, who is suffering from a broken toe, was resting with his head laid back against the sofa as the scene in question commenced, and let’s just say that he appeared to be enjoying himself.

‘Go on, blow it!’, he said, as Kim could be heard laughing. ‘Harder,’ he then exclaimed, getting louder. ‘Harder!’.

Despite the cheeky dialogue and clever camera angles, this was not what you may have thought, however, as Kim – who was off screen – was attempting to play the bagpipes.

Dressed head-to-toe in tartan, the popular character, who stars in her own spin-off entitled The Kimfluencer, was determined to get the hand of the musical instrument.

‘Listen, it’s harder than it looks you know!’ she added. We’ll take your word for it Kim!

Kim, as viewers know, has taken Howie in to look after him, after she inadvertently left him with an injured foot when he tripped over her handbag several weeks ago.

Howie recovered and was ready to move out earlier this week, but Kim – who has started to fall for him – was determined to make him stay, and thus she injured his toes once more.

It must be love!

EastEnders continues Monday July 18 at 7pm on BBC One, or stream the next episode on BBC iPlayer from 6am on Monday.